Revealed: Caddis flies uses plastic waste from their surroundings to build shells but the new protective layer actually makes it EASIER for predators to attack the mysterious underwater insects Caddis flies are small insects that live on riverbeds and pond bottoms Scientists found they built narrow shells for themselves with plastic waste The plastic shells were weaker than ones they'd otherwise build with sand

As microplastics continue to fill the world's oceans and rivers, one mysterious yet resourceful insect is using the pollutants to build shelters for itself.

A new study from the University of Koblenz-Landau in Germany has revealed how caddis flies use the growing volume of microplastics in their surroundings as a construction material.

Caddis flies are tiny insects that typically live in riverbeds, ponds or streams, and build artificial shells around their bodies by arranging sand particles in complex webs of silk that they spin. 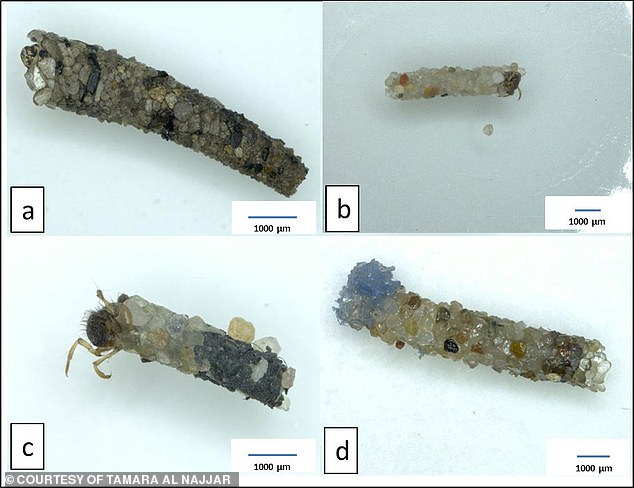 According to the researchers, caddis flies will readily substitute microplastic particles for sand granules to create these long protective shells, which they add to in segments as they mature.

While it may seem like a clever adaptation, the team discovered caddis fly structures made with microplastics are actually weaker than those made with sand particles.

These weaker shells are easier for predators to break through and fall apart more readily when shifts in water currents or large ripples sweep through the environment.

According to the team, this was likely due to the fact that the plastic particles are lighter and softer than sand particles, which makes them more susceptible to external manipulation.

Microplastics also expose the caddis flies to toxic chemicals as they draw fresh water in through their shells as part of their respiration process. 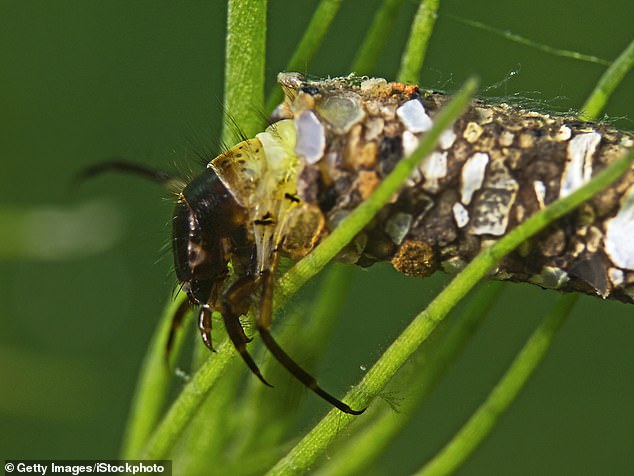 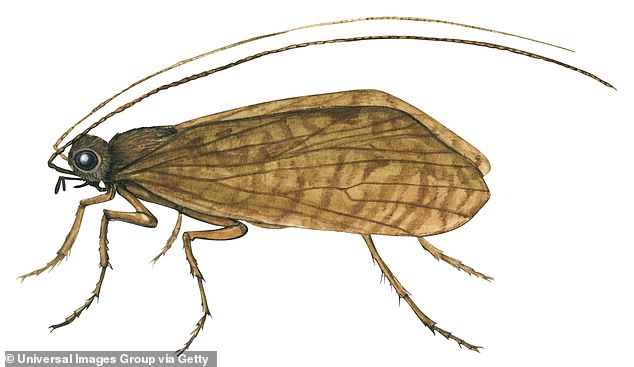 Caddis flies are an important part of river ecosystems, helping to keep riverbeds from overgrowing with grasses, while providing a food source for other animals, like bats, spiders, and frogs

'They are creating water flow inside the case so the water passes their gills,' the University of Koblenz-Landau's Sonja Ehlers told Wired.

'And so if there's plastic incorporated, then of course those leachates could also reach the gills maybe and do some harm.'

While caddis flies are small they're not insignificant. They play an important role in river ecosystems by feeding on plants and grasses on riverbeds, which keep them from becoming overgrown.

They're also important prey for a number of other animals, including bats, frogs, and spiders, who might be exposed to toxic plastic material after eating caddis flies. 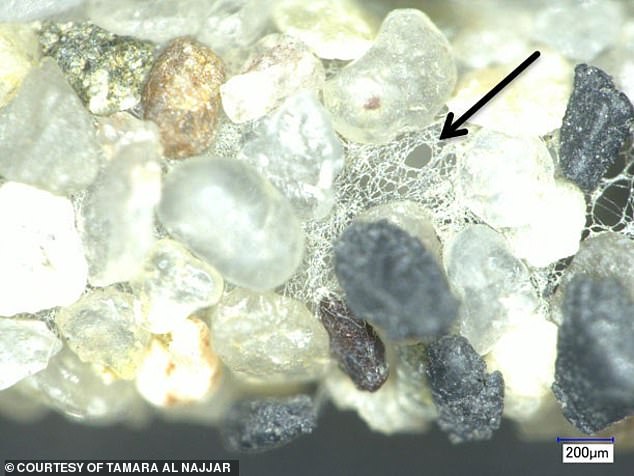 The researchers believed the plastic shells in part because the micriplastic particles are lighter and more flexible than sand particles, which makes them easier to pull apart and stretch in water currents, tearing holes in the underlying silk that holds them together

Caddis flies continue to add to their shells in segments as they grow from larvae to mature insects, something which microplastics make easier to see with different colored plastic particles

Microplastics have become a growing environmental concern as more plastic waste ends up in the world's oceans and rivers each year.

A recent study found there are nearly 2 million pieces of microplastic debris every 10 square feet of ocean in the world.

Scientists also recently discovered microplastics in Antarctic sea ice for the first time ever, giving an indication of how far plastic waste from the western world travels after its thrown away.

WHAT FURTHER RESEARCH IS NEEDED TO ASSESS THE SPREAD AND IMPACT OF MICROPLASTICS?

The World Health Organisation's 2019 report 'Microplastics in Drinking Water' outlined numerous areas for future research that could shed light on how far spread the problem of microplastic pollution is, how it may impact human health and what can be done to stop these particles from entering our water supplies.

How widespread are microplastics?

The following research would clarify the occurrence of microplastics in drinking-water and freshwater sources:

PREV Technology Bring your own mask: Napa Valley wineries get ready for reopening
NEXT Residents of a remote island in Belize will use a machine to harvest drinking ...