German engineers are working on the electric vehicle of the future that lets buyers switch the design themselves when they get it home, just like Lego bricks.

The eBussy EV, from German company Electric Brands, comes in 10 different body types, from a convertible, station wagon, pick-up or van, camping bus or even an off-roader for rugged terrain.

eBussy has digital exterior mirrors, an app-controlled communication system and a slideable steering wheel that lets drivers control the vehicle from either the left or right front seat – perfect for cross-country trips.

The four-wheel drive reaches a maximum range with a full battery's worth of charge of more than 300 miles (600km) and the easy to access batteries pull out from the side of the car like a drawer.

Although just concept drawings for now, eBussy is due to launch in the UK next year with a starting price of around £14,000. 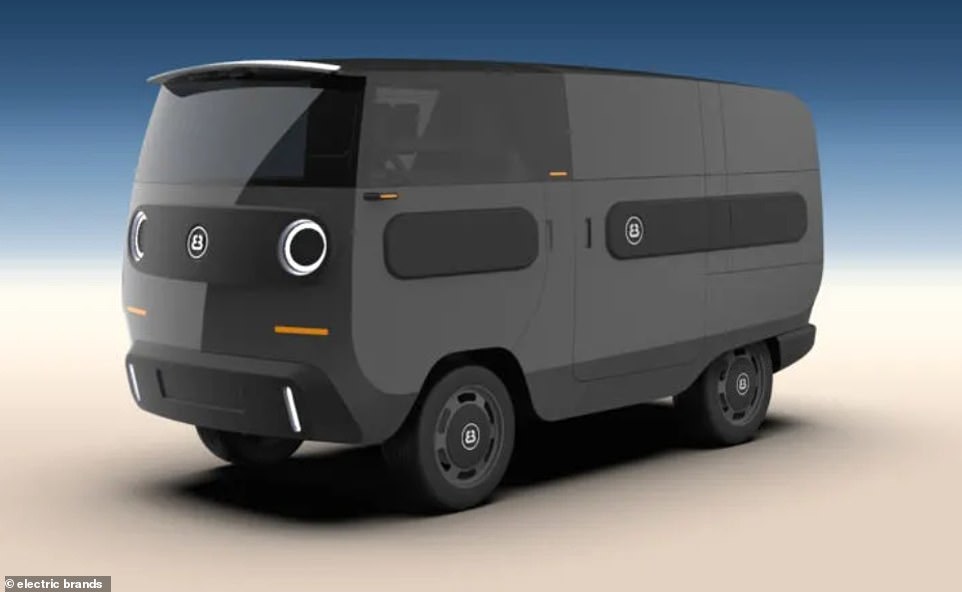 The eBussy has been developed according to the 'Lego principle', meaning consumers can choose to rebuild to get a new design

'The eBussy has been developed according to the "Lego principle",' Electric Brands – which has previously designed scooters – says on its website.

'Detached from the chosen chassis variant, you can adapt your eBussy to your usage needs easily and quickly and as often as you like.

'You don't need any special tools, you don't have to have worked at NASA, just need some help sometimes to remove a module and put another one back on.'

The eBussy offers two styles of chassis – one for driving on the road and another suited to rough terrain – both of which feature 10 different styles to build on top for the consumer to pick and choose.

Both chassis options have a row of back seats that can be folded down, depending on which of the 10 designs the customer wants.

Firstly, the 'Bus' option features a rear cabin and trunk module as per a standard minibus, ideal for road-based trips for multiple people. 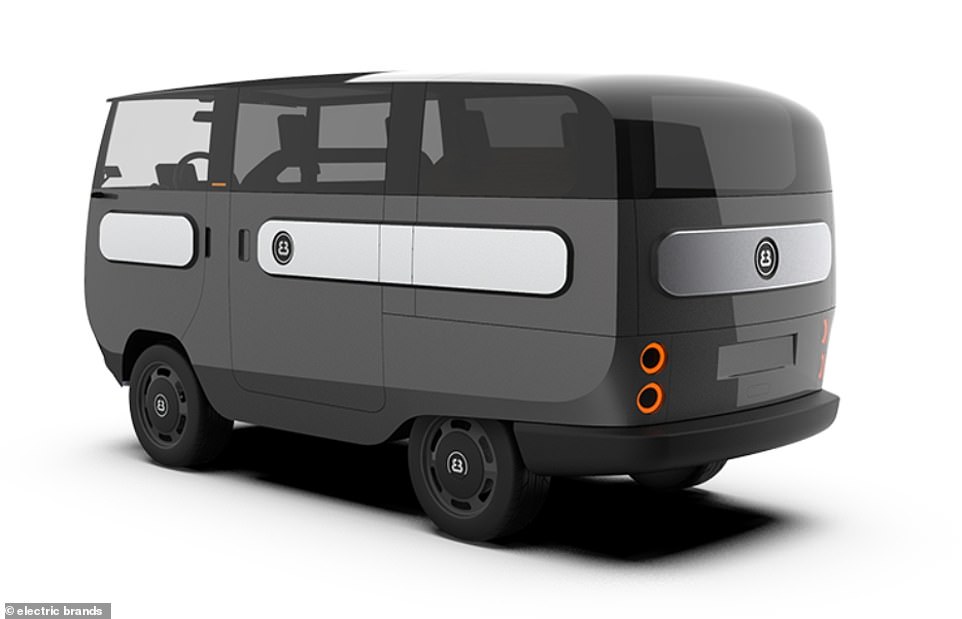 Bus option, which appears as a minibus. Bus' option features a rear cabin and trunk module as per a standard minibus, ideal for road-based trips for multiple people 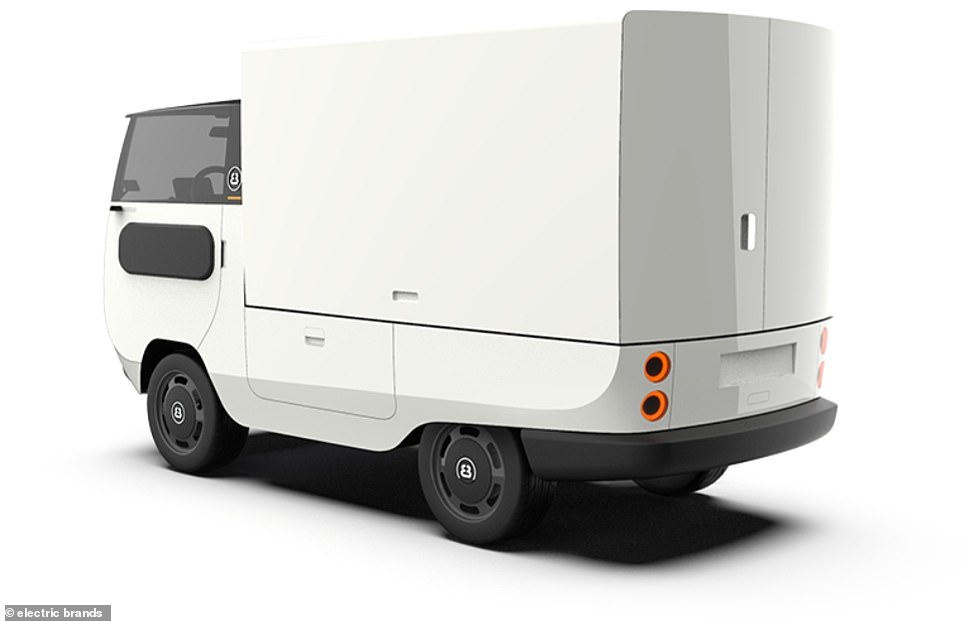 The Box option, which may suit a new era of white van deliveries when it's released in the UK next year - for at least £14,000

The Bus option would be ideal for holiday-makers or, in a professional setting, an airport shuttle vehicle.

'Box', meanwhile, would suit small deliveries with its expansive storage unit out the back, accessible through a set of tall doors at the rear.

'Pick-up' has an open rear cabin for equipment, luggage or for the family pets to catch some fresh air, and comes with the option of added interior back passenger seats. 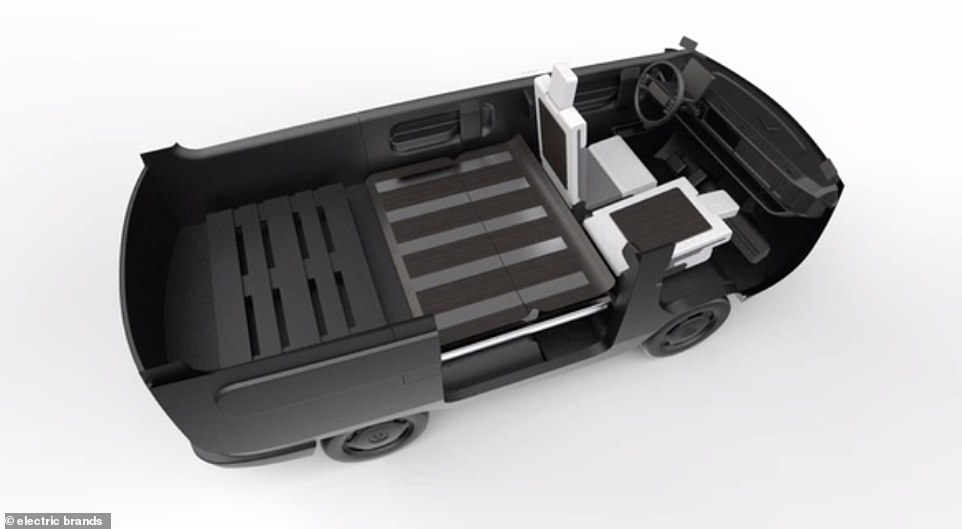 Both chassis options - on-road and off-road - have a row of back seats that can be folded down, depending on which design the customer wants 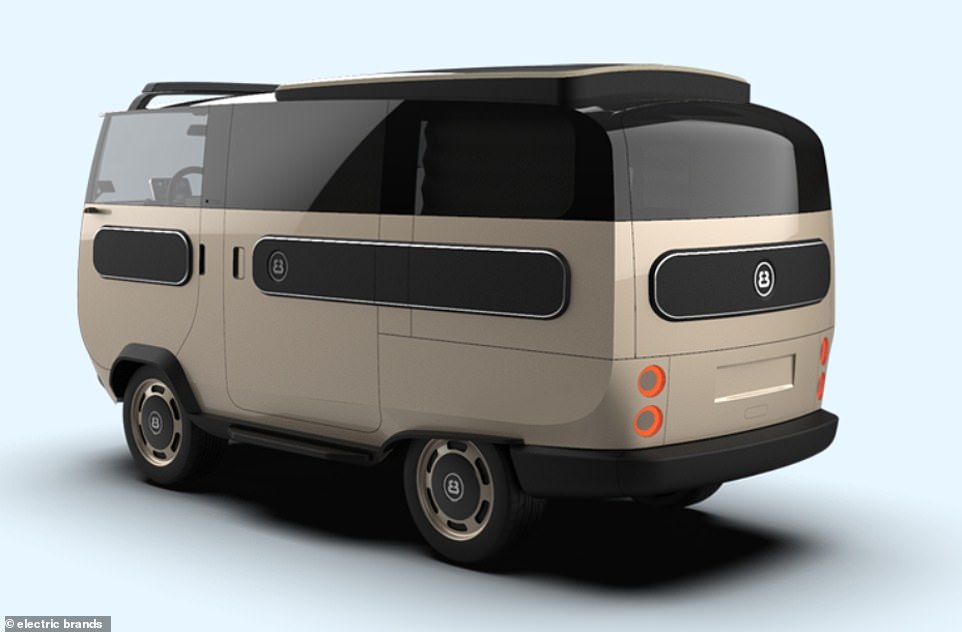 Each of these configurations has a price