Smaller trees are more drought resistant and could therefore be the key to saving the Amazon rainforest, a new study shows.

Severe and long-lasting droughts are becoming more common in the Amazon, often killing large trees that form the forest canopy.

Drought in the Amazon affects larger trees more severely as they are more likely to die from hydraulic failure – a plant's inability to move water from roots to leaves.

But the small plant species beneath the canopy have tactics to conserve their resources, thanks in part to their lack of light.

UK scientists found that small trees in a water-deprived area of the rainforest showed increased capacity for photosynthesis and leaf respiration.

The study suggests that smaller and more drought-resistant trees have the potential to regenerate resilient forests and grow into a new generation to help the rainforest survive. 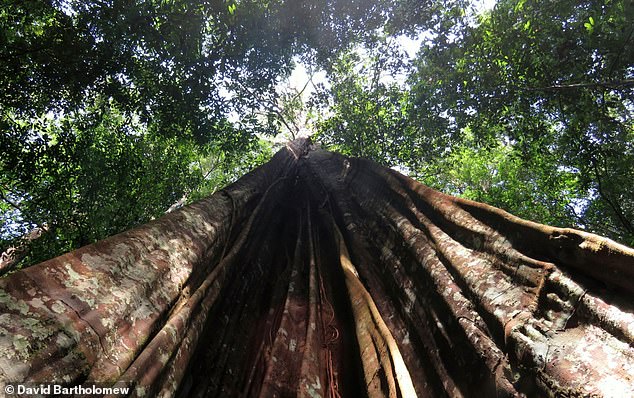 Drought in the Amazon affects larger trees more severely as they are more likely to die from hydraulic failure. Small trees that grow up in drought conditions could form the basis of more drought-resistant rainforests

'Conditions in the Amazon are shifting due to climate change, and trees will have to adapt if they are to survive,' said lead author David Bartholomew at the University of Exeter.

'Our findings show that small trees are more capable of changing their physiology in response to environmental changes than their larger neighbours.

'Having grown in up in drought conditions, these trees might develop traits that will help them cope with future droughts, even once they are fully grown.

'Ultimately, this may allow them to form the next generation of canopy trees, leading to greater overall resilience in the forest.'

Episodic and sustained droughts have been shown to kill large trees in the Amazon, resulting in gaps in the canopy.

These openings lead to changes in the understory – the underlying layer of vegetation that's sheltered by the tall trees.

The understory of an intact rainforest is usually a dark and humid environment and trees in these low-light conditions will typically reduce their photosynthetic capacity to conserve resources. 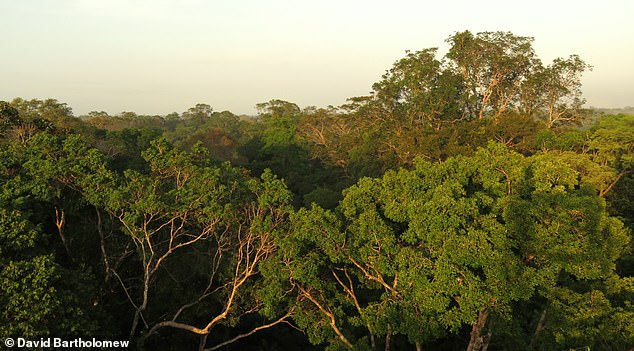 Under long-term drought conditions, the dense canopy becomes more open and more light reaches the lower layers of the forest

'Small understory trees must therefore respond to concurrent reductions in soil moisture availability and increased light availability to survive, compete and grow under drought conditions,' the researchers say in their paper, published in the journal Plant, Cell and Environment.

'The ability of these small trees to adjust their physiology in response to multiple environmental shifts could be critical for predicting the future of tropical forests.'

The study examined trees in a 15-year Amazonian drought experiment, in which clear plastic panels caught 50 per cent of rainfall to simulate drought conditions.