Australian astronomers say they've found no technological signs of alien life in a study of more than 10 million star systems.

These emissions from space, known as 'technosignatures', could possibly indicate the presence of an intelligent aliens with technological innovations similar to our own.

The team completed the 'deepest and broadest search' of a patch of sky known to include at least 10 million stars, in the southern constellation of Vela.

But the researchers concluded that, in this part of the universe, other civilisations are 'elusive, if they exist' at all. 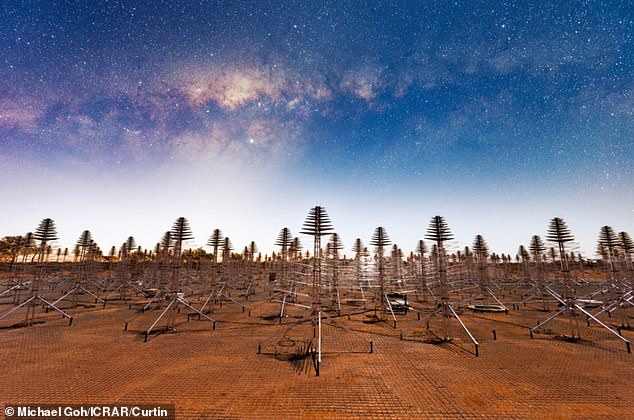 'The MWA is a unique telescope, with an extraordinarily wide field-of-view that allows us to observe millions of stars simultaneously,' said Dr Chenoa Tremblay at Commonwealth Scientific and Industrial Research Organisation (CSIRO) in Australia.

'We observed the sky around the constellation of Vela for 17 hours, looking more than 100 times broader and deeper than ever before.

'With this dataset, we found no technosignatures – no sign of intelligent life.'

The team stressed that the area searched was still a comparatively tiny portion of outer space.

'As Douglas Adams noted in The Hitchhikers Guide to the Galaxy, "space is big, really big,"' said Professor Steven Tingay from the International Centre for Radio Astronomy Research (ICRAR) in Perth.

'Even though this was a really big study, the amount of space we looked at was the equivalent of trying to find something in the Earth's oceans but only searching a volume of water equivalent to a large backyard swimming pool.

'Although there is a long way to go in the search for extraterrestrial intelligence, telescopes such as the MWA will continue to push the limits – we have to keep looking.'

The team observed the sky in a supernova remnant in the Southern constellation of Vela, where there are around six known exoplanets.

However, it is likely that a vast number of exoplanets remain unknown in this system.

Using the MWA in the frequency range 98-128 MHz over a 17-hour period, the Vela Supernova Remnant was observed with a frequency resolution of 10 kHz. 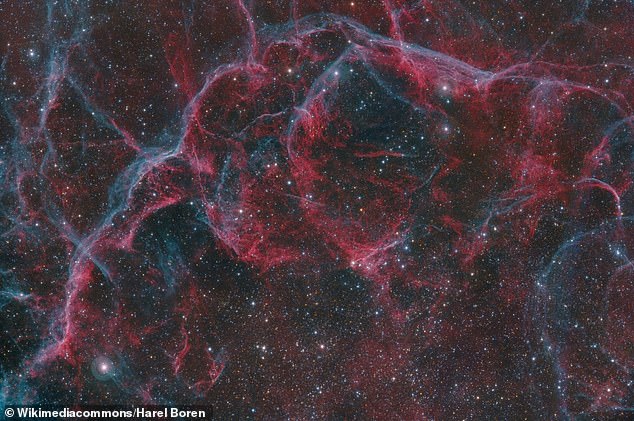 The northern portion of the Vela Supernova Remnant. The team observed Vela which the team observed with a frequency resolution of 10 kHz. Within the field of study there are six known exoplanets

At the positions of the six exoplanets, the astronomers found no narrow band signals consistent with radio transmissions from intelligent civilisations.

In total, combined with two previous surveys, the researchers have now examined 75 known exoplanets at low frequencies without finding a trace of civilisations.

'Our results clearly continue to demonstrate that