Native tribes in Montana are celebrating the birth of an ultra-rare white buffalo calf.

The animal, a female born in June at Bitterroot Valley Bison Ranch in Missoula, has been named The Creator's White Buffalo Maiden.

Only about one in a million buffalo calves are born white, according to researchers, and many lose their snowy coloring as they grow.

Tribal members believe White Buffalo Maiden has immense cultural significance, with some saying she represents the strife plaguing our nation. 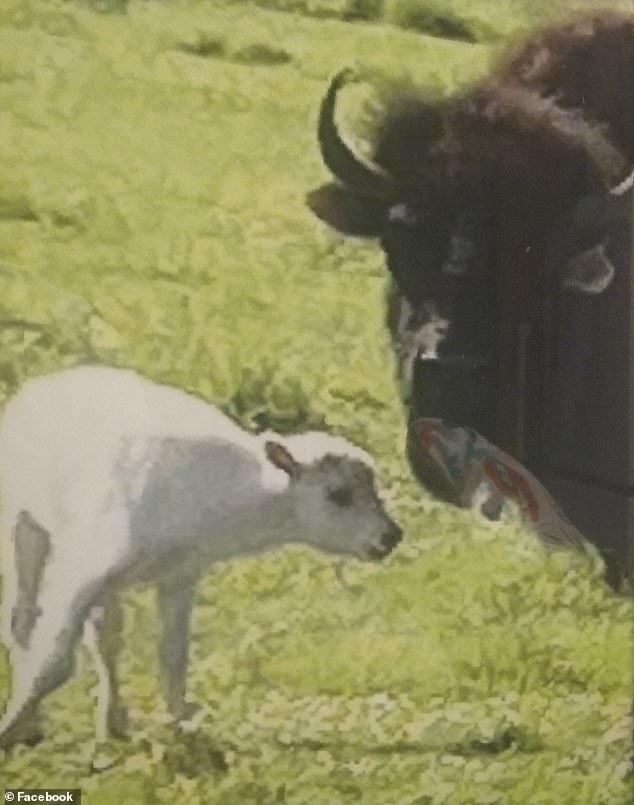 A rare white buffalo, named The Creator's White Buffalo Maiden, was born in June at Bitterroot Valley Bison Ranch in Missoula, Montana. Only about one in a million buffalo calves are white, according to experts

Some 30 people from Montana's seven main tribes gathered in Lolo on August 29 for a ceremony honoring White Buffalo Maiden's arrival.

'I think the reason the Creator sent this calf here is because of all the injustice that's been done,' Glenn Gopher, who conducted the ceremony, told the Great Falls Tribune.

'Our country is in serious chaos. We have this virus and we have racial injustice. Our world is corrupt.'

But the buffalo, which has returned from the brink of extinction, is also a symbol of hope. 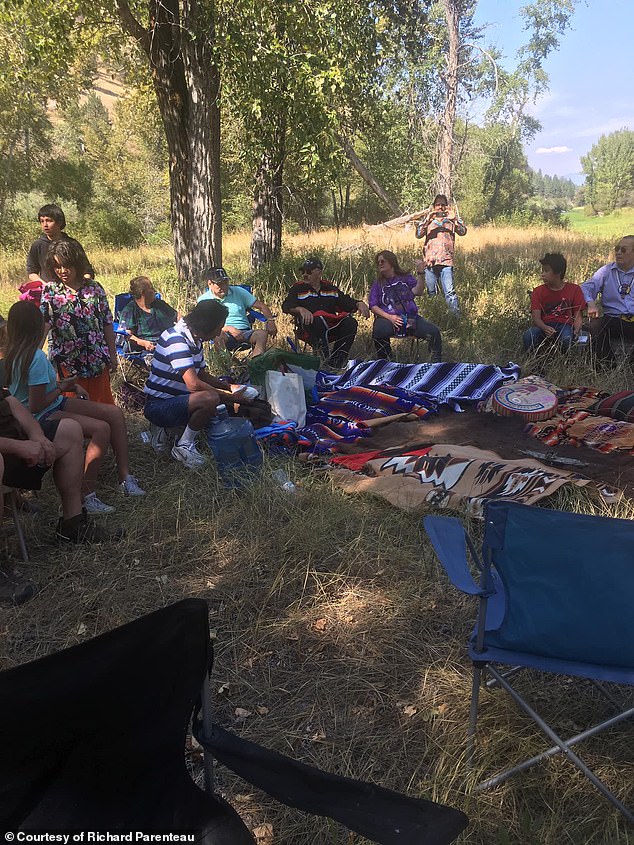 About 30 people, including members of all seven Montana tribes, held a ceremony to celebrate White Buffalo Maiden's arrival as a symbol of hope, harmony and female empowerment 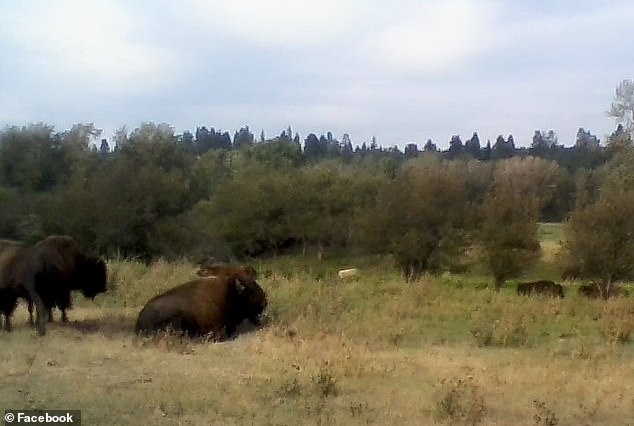 The Creator's White Buffalo Maiden off in the distance. White buffalo may result from albinism or a genetic condition that causes a calf to be born white but turn brown within a year or two

'She shows that we need to love and respect one another. Refrain from hatred and racism,' Gopher said. 'Love and respect are what's missing in this country; our lawmakers are out of hand.'

He said the group prayed 'for peace and harmony for all of mankind.'

The 300-acre Bitterroot Valley ranch is home to 90 cows and eight bulls, so Gopher wasn't sure he'd get to see The