A ship believed to have been used by the Dutch Empire during the 17th century has been found at the bottom of the Baltic Sea.

The vessel, known as a fluyt, was a three-masted ship with a hull designed to maximise cargo capacity and minimize crew numbers and also carried no guns.

It was made with a unique rigging system that enabled a smaller crew to hoist and adjust the sales, freeing up more space and cutting down costs.

It was a key component of the Dutch Empire, which spanned five continents and was the world's biggest superpower before the British Empire became dominant.

But what led to the demise of this specific ship remains a mystery, as it has been found by divers in near-perfect condition. 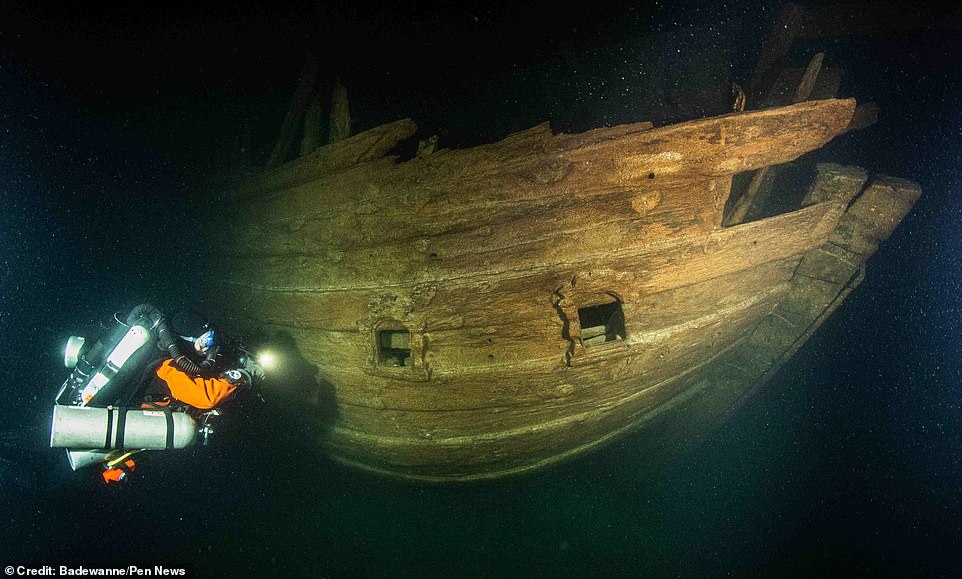 Divers discovered the wreck at the mouth of the Gulf of Finland, where they believe the low salinity and lack of sunlight in the water helped protect the ship's structure 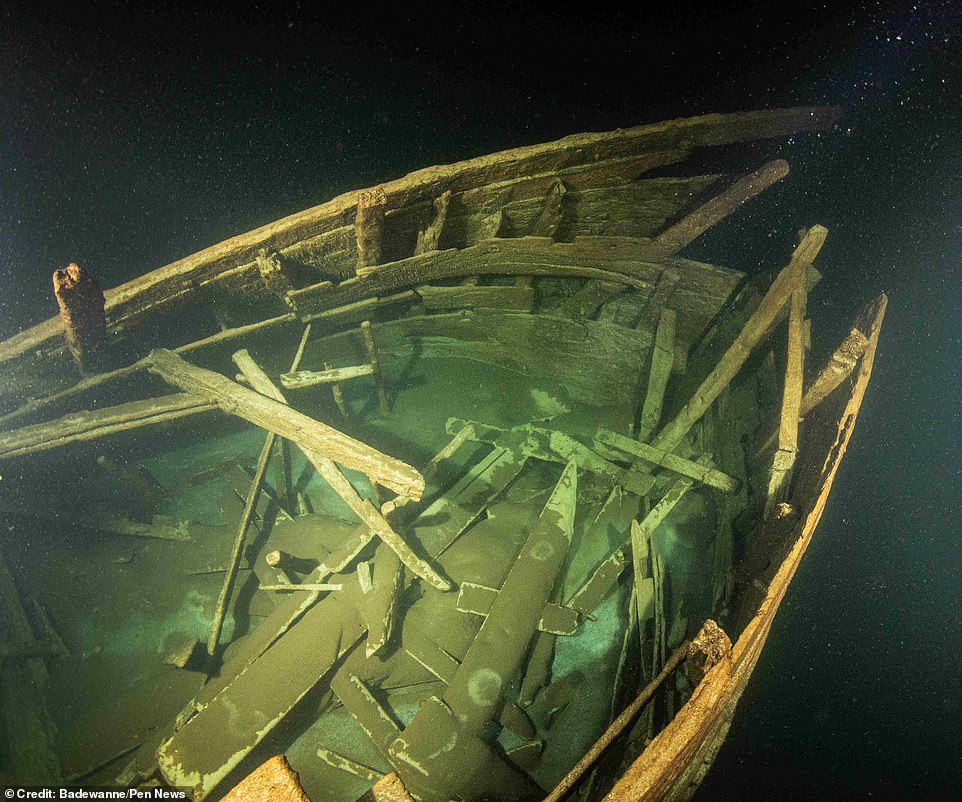 The vessel, known as a fluyt, was designed to carry as much cargo as possible while requiring minimal crew. The fluyt was a three-masted ship with a capacious hull design to maximise her cargo capacity and carried no guns

Jouni Polkko, from Badewanne, the diving team that found the wreck said there are no hints to explain the ship's fate.

'The hull is intact. It's in the middle of the sea, so it didn't run aground,' he explains.

'Maybe it capsized in a storm, or the pumps were stuck and the ship got too much water in because of a leak.

'Or maybe the rigging was frozen and made the ship unstable. But we really don't know.'

The divers said they observed only 'slight' damage to the vessel which is believed to have been caused by trawler netting.

They even saw that the holds were full, though it's impossible to say what the ship was carrying because of 400 years worth of silt. 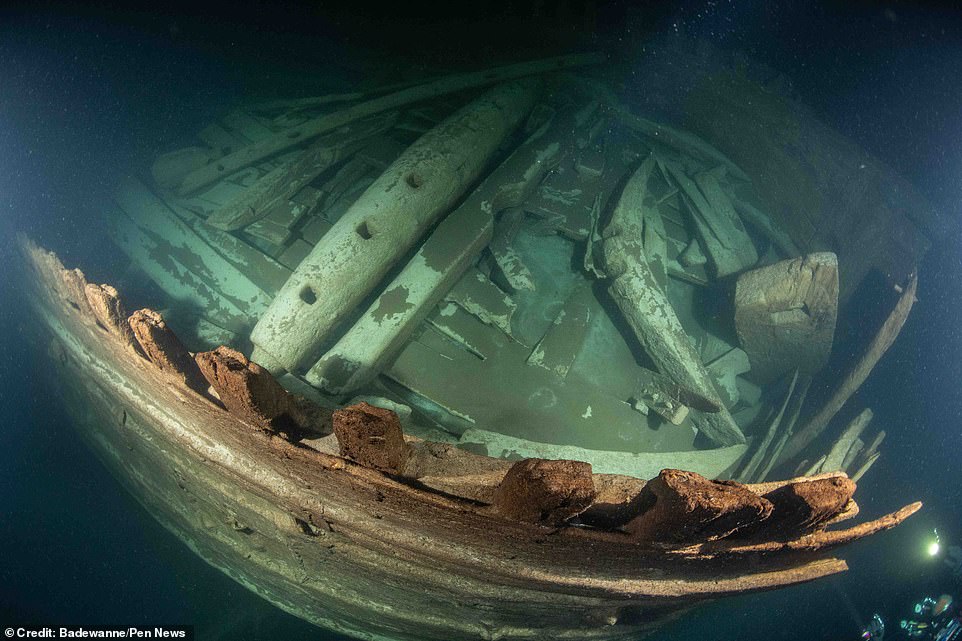 What led to the demise of this specific ship remains a mystery, as it has been found by divers in near-perfect condition with no sign of what caused it to sink 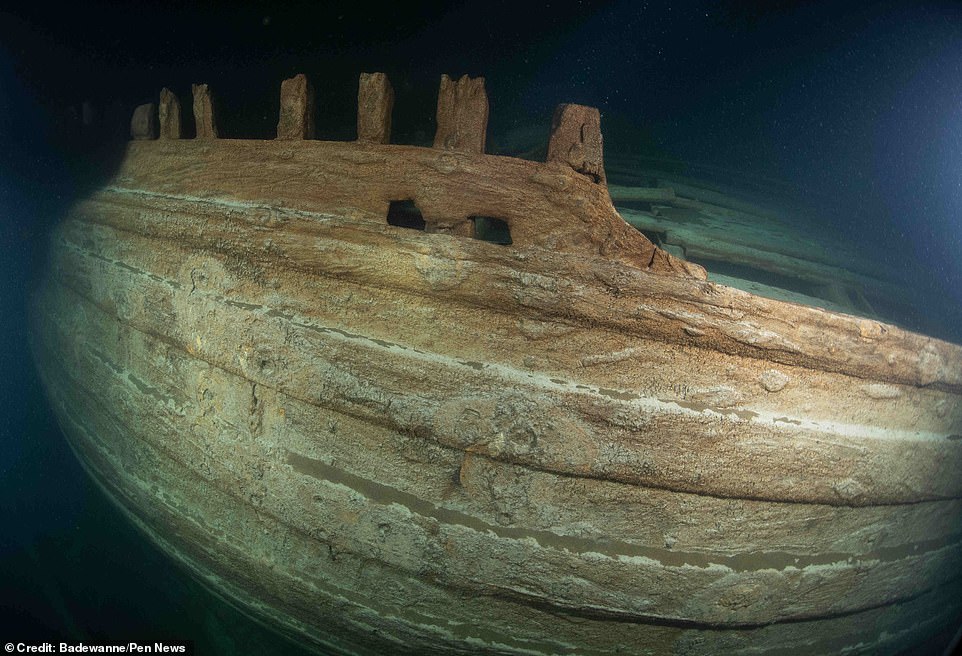 Jouni Polkko, from Badewanne, the