A rare complete set of Viking gaming pieces has been put up for sale after being discovered in a field by a metal detectorist.

Retired miner Mick Bott, 73, made the find at a site in Torksey, Lincolnshire, where the Vikings formed a winter camp in AD 872.

The camp was used as the Vikings’ defensive and strategic position during the winter months as they prepared to conquer England.

The pieces were part of a strategic board game called Hnefatafl, which is similar to chess and was popular with the soldiers in teaching strategy on the battlefield.

The set is expected to sell for £1,000 when it goes up for auction at London-based Dix Noonan Webb (DNW) next Tuesday, September 15. 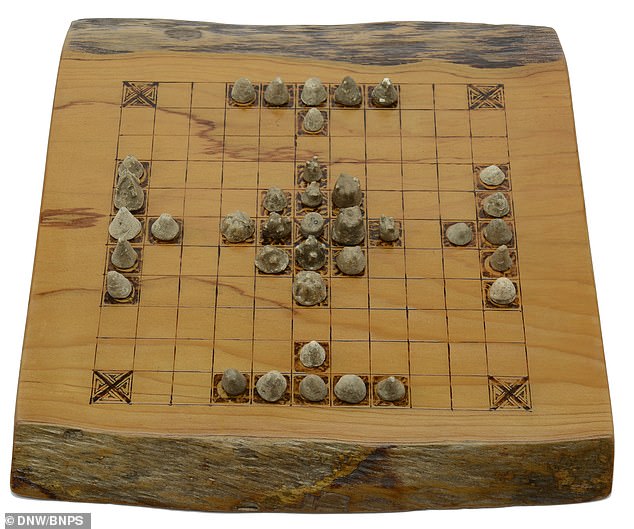 The early board game entitled 'Hnefatafl' has similarities with chess and was popular with the soldiers in teaching strategy on the battlefield. The complete set of original Viking pieces come with a custom-made playing board 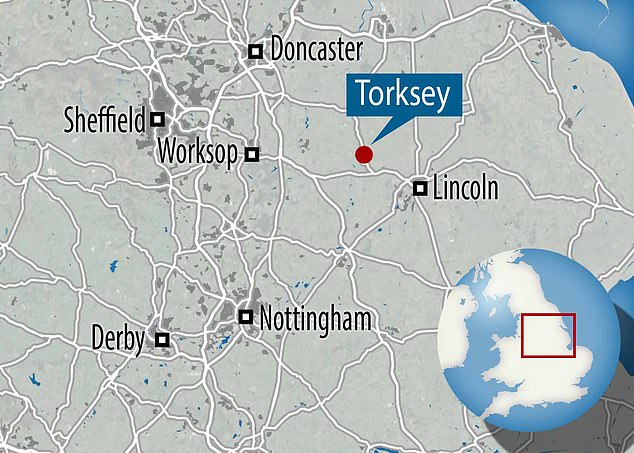 Established in Torksey in Lincolnshire, the camp was used as the Vikings’ defensive and strategic position during the winter months

One of the experts at DNW said the detectorist brought the Viking gaming pieces into the auction house in a plastic bag, unsure of their significance.

Bott had been collecting items for two decades at the site, and had also found coins, strap ends, brooches, mounts and lead weights dating to the 9th century.

'He thought they were weights but I have been to Oslo Museum and seen examples of Viking games and these pieces resembled that,' said Nigel Mills at DNW.

'I weighed them all and none of them were the same – they were all different.'

After closer inspection of the lead weights and comparing them to similar shaped stone examples in the Oslo Museum, it became evident they were Hnefatafl pieces.

Mills told MailOnline the set 'is like a time capsule'. 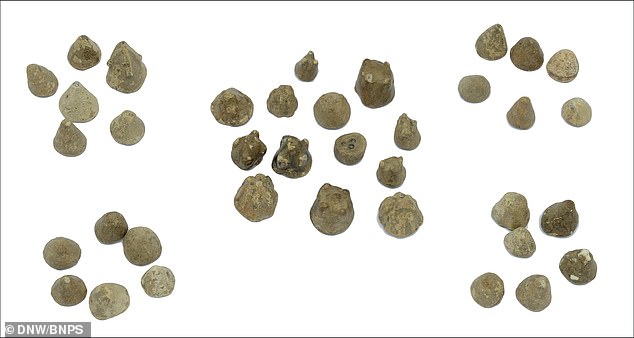 Each set comprises 37 pieces - 12 defending pieces of turreted form, 24 spherical attacking pieces and a king which has a copper decoration

'What's so weird is on this winter camp thousands of Viking warriors were sitting around playing a board game and it's hard to visualise,' he said.

'They really did love this game as it was great for strategy and planning a few steps ahead as was required in battle.

'To have a complete set of 37 is remarkable as they were not found at the same time, but instead by returning to the field over a long period of time.'

The pieces, which are made of lead, have been verified by experts at the Fitzwilliam Museum in Cambridge.

Although an accompanying board has not been found, DNW commissioned a board to be handmade out of timber, which is included in the item.

This means the winning buyer will be able to play Hnefatafl with the very same pieces that Vikings used 1,150 years ago. 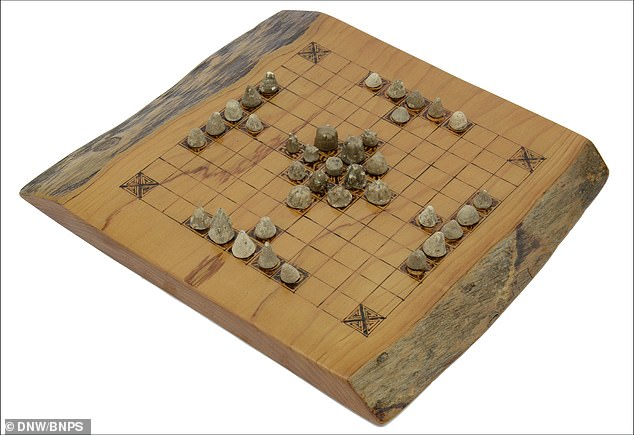 Hnefatafl players in Scandinavia would have used polished stones, as lead would deteriorate in the extreme cold.

'In Scandinavia they don't use lead – they didn't have access and it doesn't last – it deteriorates,' Mills said.

'They obviously had access to lead at Torksey and that's what they used, so it was much easier to make them.'

The British Museum calls Hnefatafl, also known as The Viking Game or The King's Table, 'an exciting and strategic board game'.

The game, which peaked in popularity during the Dark Ages in Northern Europe,