The why and how the human brain develops religious beliefs may stem from our ability to learn, a new study reveals.

Researches found individuals who can unconsciously predict complex patterns in the environment believe there is a god who creates order and intervenes in an otherwise chaotic universe.

The study used a cognitive test to measure implicit pattern learning, which showed a sequence of dots appeared and disappeared on a computer screen.

Participants were told to push a button when a dot appeared, but some learned the distinct patter and were able to predict when it would appear - and sometimes before.

The data showed those who noted they had faith in a higher power performed better overall during the experiment.

The team says the results suggest that children with this ability are likely to increase their faith as they grow-up - even if they are in a nonreligious household. 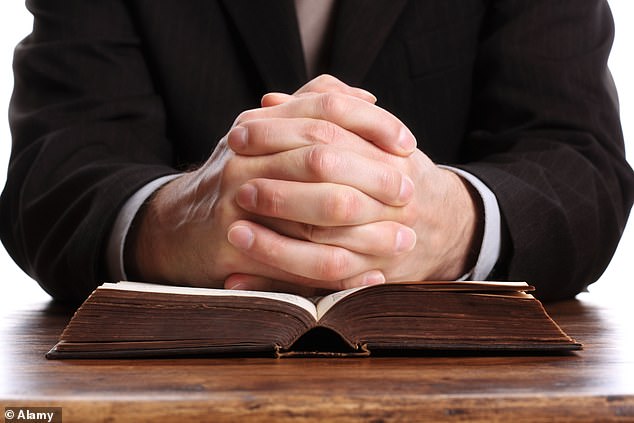 Researches found individuals who can unconsciously predict complex patterns in the environment believe there is a god who creates order and intervene in an otherwise chaotic universe. The study used cognitive test to measure implicit pattern learning

The belief of 'why' and 'how' an individual believes in a higher power has been the holy grail of scientists for centuries.

Modern-day technology has probed the human brain with the hopes of answering these questions.

Other experts suggest humans are born to believe in a higher power for a better chance of survival. 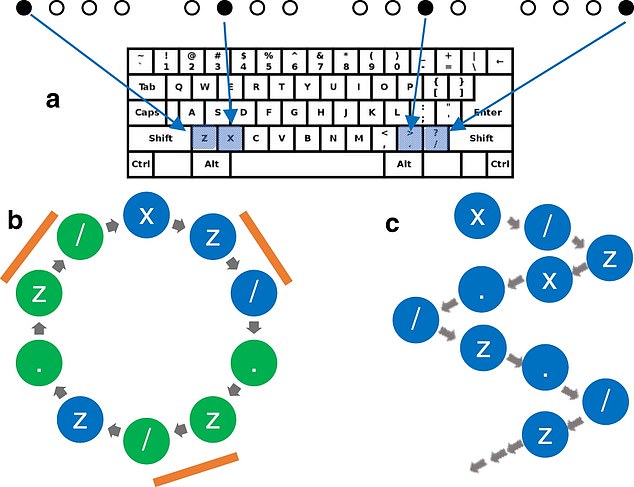 When a dot appeared, they pushed a button and the dots would move faster as the test carried on. The team observed some participants subconsciously learned the patterns of the dots and pushed the button for the next dot before it appeared

But researchers at Georgetown University believed it comes down to learning abilities.

Adam Green, the study's senior investigator, said: 'Belief in a god or gods who intervene in the world to create order is a core element of