People who go out binge-drinking have to work their brains harder than normal in order to feel empathy for others in pain, according to a new study.

Researchers from the University of Sussex observed the brain functions of 71 volunteers from the UK and France while they undertook a pain perception task.

Half of the people taking in part in the study were classed as binge-drinkers and half of them weren't, the researchers said. All the volunteers were sober during the test.

The definition of a binge-drinker is someone that consumers the equivalent of three quarters of a bottle of wine or two and a half pints of lager in a single sitting.

Binge-drinkers regularly showed greater signs of dysfunction in the area of their brains linked to empathy than those who don't regularly drink alcohol.

They also struggled more than those that don't binge-drink when trying to 'adopt the perspective of another person experiencing pain', the authors said. 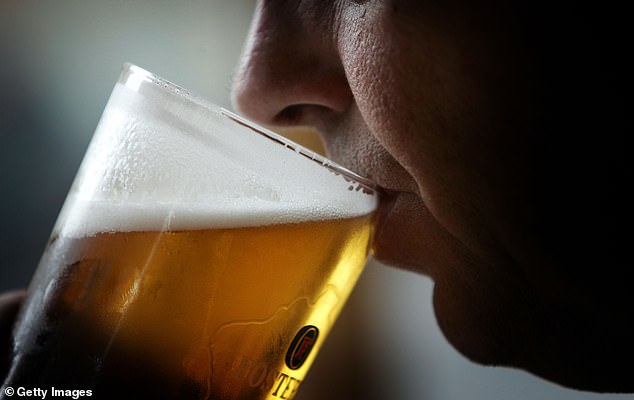 People who go out binge-drinking have to work their brains harder than normal in order to feel empathy for others in pain, according to a new study. Stock image 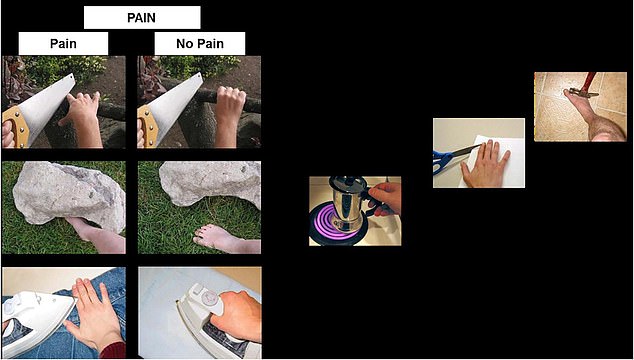 In the task, participants were shown an image of a limb being injured, and had to imagine the body part was either theirs or that of another person.

Volunteers then had to state how much pain they thought was associated with the injury shown in the image.

BINGE-DRINKING: AT LEAST 2.1OZ OF PURE ALCOHOL A MONTH

Binge-drinking has a specific definition - it isn't going out for a heavy night.

A binge-drinker is someone who consumers more than 2.1oz (60g) of pure alcohol in a single sitting at least once per month.

That is about three quarters of a bottle of wine, or 2½ pints of lager.

According to the NHS  binge-drinking is drinking more than:

About 30 per cent of all people over 15 years of age who drink alcohol in UK and France met the criteria for 'binge-drinker', study authors claim.

'[Bing-drinkers] took more time to respond and the scans revealed that their brains had to work harder – to use more neural resources - to appreciate how intensely another person would feel pain,' the team wrote.

In fact they were 'significantly slower' than people who don't binge-drink - taking 2.4 seconds to respond to pain in imaginary strangers compared to 2.07 seconds for a non-drinker.

PREV Unity Software has strong opening, gaining 31% after pricing above its raised range
NEXT Amazon gets FAA approval to test US Prime Air delivery drones