NASA has announced it wants to buy Moon rocks from private companies in a bid to kick start lunar mining operations.

The space agency is taking proposals from companies on how they will collect rock from the Moon, using robotic surface rovers.

The collection of lunar rock and transfer of ownership to NASA is a proof of concept for conducting space commerce on the Moon, NASA said.

In other words, the initiative will help to establish the early principles for how mining operations between 'space entrepreneurs' will work, which could help sustain future astronaut missions.

NASA wants the retrieval and transfer of ownership before 2024, when it's planning to send humans back to the Moon. 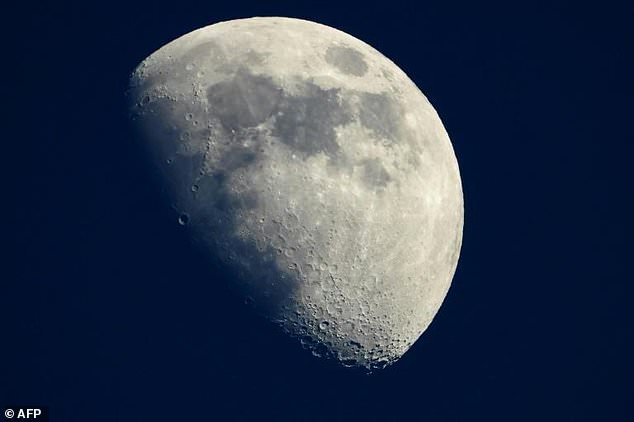 NASA will buy rocks, dirt and other lunar materials from private companies, in a mission to spur private extraction of lunar resources

Companies will have to collect Moon 'dirt' or rocks from any location on the lunar surface, although they won't have to return them to Earth.

The sample will have to be between 50 to 500 grams and ready for collection by a future mission. NASA will determine collection methods at a later date.

'We are putting our policies into practice to fuel a new era of exploration and discovery that will benefit all of humanity,' said NASA administrator Jim Bridenstine in a blog post.

'Leveraging commercial involvement as part of Artemis will enhance our ability to safely return to the Moon in a sustainable, innovative, and affordable fashion.'

Bridenstine said NASA's plans will not violate the 1967 Outer Space Treaty, which holds that celestial bodies and space are exempt from national claims of ownership. 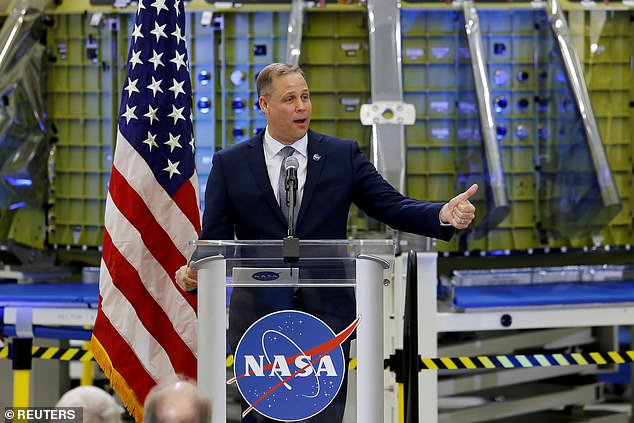 The contract doesn't actually involve getting to the Moon – rather, NASA wants to trigger a slew of proposals from companies around the world who have designed a robot that NASA can launch into space.

To do business with NASA, a company would need to collect a small amount of lunar soil or rocks from any location on the lunar surface.

It would need to conduct an 'in-place' transfer of ownership of the lunar rock or rocks to NASA – after which, the collected material becomes the sole property of the space agency for its own uses.

'They are paying the company to sell them a rock that the company owns – that's the product,' said Joanne Gabrynowicz, former editor-in-chief of the Journal of Space Law, said in an interview with Reuters.

'A company has to decide for itself if it's worth taking the financial and technological risk to do this to sell a rock.'

Companies would be paid 20 per cent up front – 10 per cent at award and 10 per cent upon launch – with the remainder paid upon successful completion of the mission. 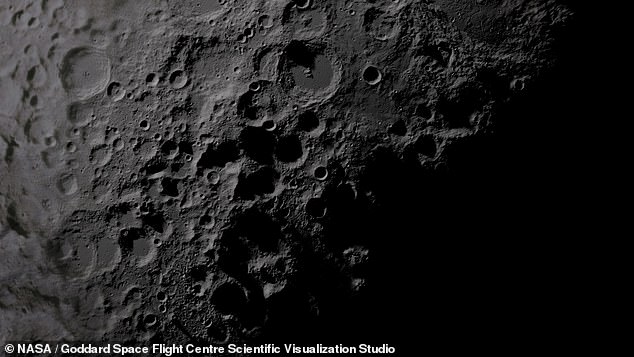 'The bottom line is we are going to buy some lunar soil for the purpose of it demonstrating that it can be done,' Bridenstine said during an event hosted by the Secure World Foundation, a space policy organisation, as quoted by Reuters.

NASA will eventually buy more types of resources such as ice that may be discovered on the Moon, Bridenstine said.

For example, ice excavated from the polar regions could provide a supply of drinking water or irrigation systems for future Moon bases.

PREV Asteroid the size of a BUS will fly by the Earth closer than the moon tomorrow
NEXT Sling TV launches a co-watching feature for live TV, Sling Watch Party