Protected areas of land around the world have become isolated from each other due to human activities such as farming, mining and urbanisation, study finds.

More than 90 per cent of forests, parks and conservation areas are under intense pressure, leaving protected networks of plants and animals disconnected.

Researchers from the University of Queensland studied the location of globally protected areas of land as well as the impact of human activity on these areas.

According to the Australian scientists, these gaps in protected areas could devastate ecosystems as they benefit from being interconnected with other healthy habitats.

Lead author Michelle Ward, a conservation biologist, described the findings that 90 per cent of protected areas are isolated as 'alarming'.

The team say countries could make use of their findings as a way to better analyse, understand and manage the placement of protected areas in the future. 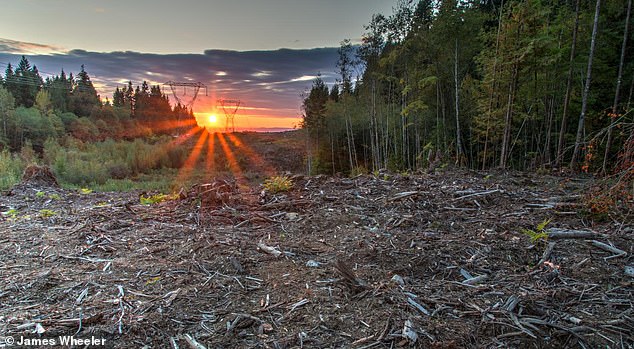 More than 90 per cent of protected areas are isolated, according to the Australian team, who say they are stuck in a sea of human activities stopping species from being connected 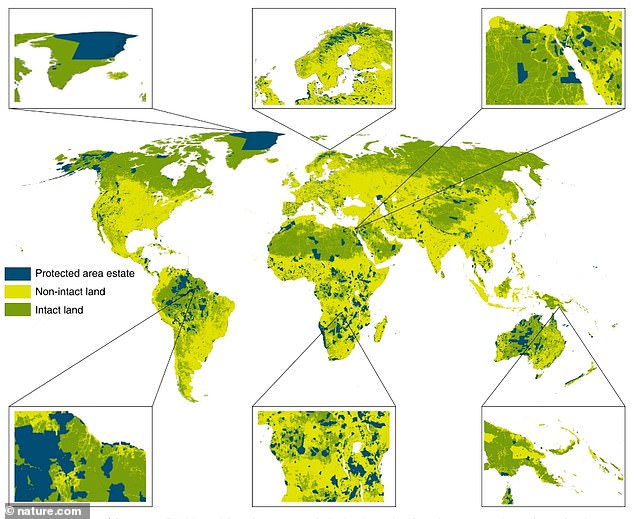 The study published in Nature Communications shows an average of just 11 per cent of each country and territory's protected regions can be considered connected.

'Protected areas are vital for the protection and survival of plants, animals and ecosystems,' said Ward.

'When intact, healthy habitat connects these protected areas, species can migrate, escape danger such as fires, and track their preferred micro climates under rapid climate change.'

'This means more than 90 per cent of protected areas are isolated, in a sea of human activities,' Ward explained.

Under international agreements, the global protected area network must cover 17 per cent of land - and be well linked together through intact habitats.

Only nine countries and territories - 4.6 per cent of the total - meet this requirement and maintain greater than 50 per cent connectivity.

The new study can help develop a new common framework to help countries and territories assess the connectivity of their existing and future protected areas.

Ward said the study provides places with information and metrics they can use to assess the performance of their protected area projects.

PREV Human Capital: The battle over the fate of gig workers continues
NEXT Tesla Model Y owners' photos of 'cobbled together' cooling system