Scientists say buildings on Mars could be made from a substance found in fish scales and fungi called chitin.

Chitin is one of the most ubiquitous organic polymers on Earth, and when mixed with Martian soil, it could make a sturdy enough material to build tools and shelters.

The organic polymer could be sourced on Mars from the bio-conversion of organic waste by insects or fungi – which could be grown on farms.

In preliminary tests of the material, the experts have constructed a wrench and a mini model of a Martian habitat with the resilience of plastics.

Chitin could help NASA and private companies such as Elon Musk's SpaceX, which plan to establish human colonies on Mars in the next 20 years. 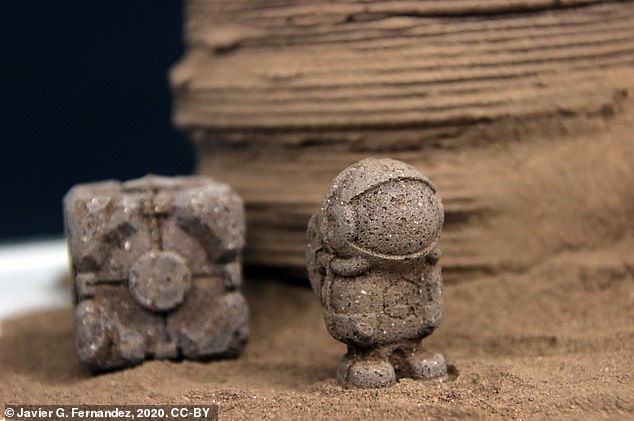 'Bioinspired manufacturing and sustainable materials are not a substituting technology for synthetic polymers, but an enabling technology defining a new paradigm in manufacturing,' said study author Dr Javier Fernandez at Singapore University of Technology and Design.

'We have demonstrated that they are key not only for our sustainability on Earth but also for one of the next biggest achievements of humanity – our transformation into an interplanetary species.'

Chitin is produced and metabolized by organisms across most biological kingdoms.

It's a primary component of cell walls in fungi, the exoskeletons of arthropods, such as crustaceans and insects, and the scales of fish and amphibians.

Chitin is the second most abundant organic polymer on Earth after cellulose and is 'biology’s recurrent solution to forming structural components', the experts say.

In bio-manufacturing, it's already used in food manufacturing to develop edible films and as a thickener.

The researchers' technique, detailed in PLOS ONE, involves combining chitin with a mineral designed to mimic Martian soil, which is known as regolith. 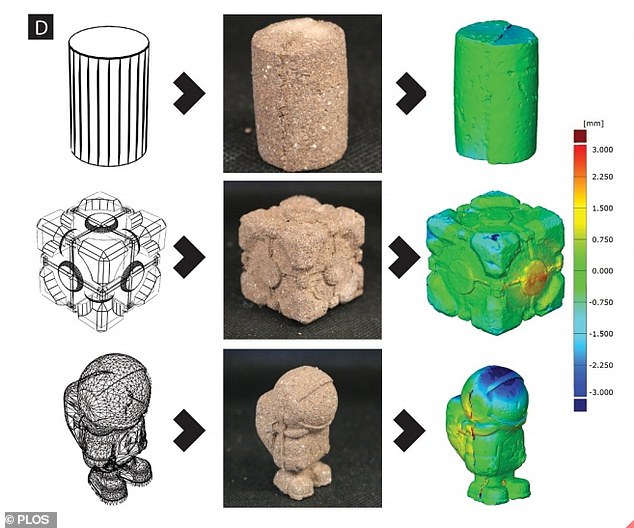 On Mars, the rocky deposits could be placed in a chitin solution with water, sourced from melted ice.

After the evaporation of the water, the chitosan crystallizes, reduces in volume and pulls the regolith particles together.

Chitin can form transparent objects similar in appearance and characteristics to plastics produced to a high volume on Earth.

The material requires little energy and no specialised equipment to produce and could form homes and shelters, which would offer protection from intense solar radiation