Counting backwards from 1,000 in steps of 7 is the best way to distract from pain, according to a new study that found it can relieve up to half of any painful sensation.

Researchers from the Ludwig-Maximilians University, Munich, exposed 20 volunteers to a pain and asked them to distract themselves using different techniques.

People use a range of different strategies to distract from pain, according to lead neuroscientists Enrico Schulz, who linked this to specific neural circuits in the brain.

Using an MRI machine, the researchers found that counting backwards from 1,000 was better than 'thinking of something beautiful' and 'willing the pain away'.

One of the volunteers later used the counting backwards from 1,000 in increments of seven technique during child birth and found it made a notable difference. 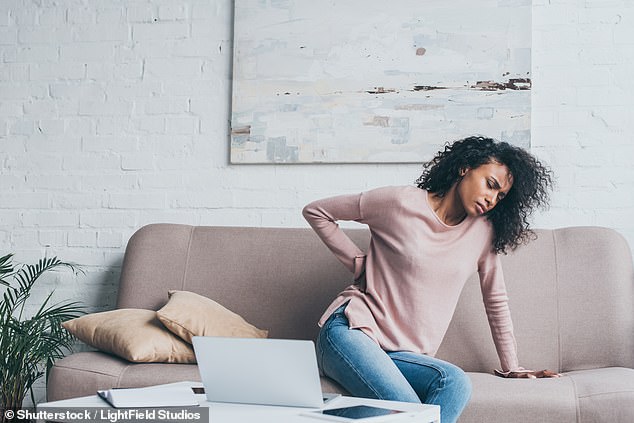 Researchers from the Ludwig-Maximilians University, Munich, exposed 20 volunteers to a pain and asked them to distract themselves using different techniques. Stock image

Before the brain can properly react to pain it has to evaluate the sensory, cognitive and emotional factors that drive our perception of the sensation, the team said.

To do that information has to be exchanged between different regions of the brain, according to Schulz, who said that is why distraction techniques help relieve pain. '

Pain management specialists from Ludwig-Maximilians University have been examining distraction.

They had already shown that three specific methods can work to reduce the perception of pain.

Attentional shift: Count backwards from 1000 by sevens Imaginal strategy: Imagine you're in a safe and happy place you know well with colours and music you like Cognitive reappraisal: Concentrate on the pain sensations and reinterpret as 'not painful'

Attentional shift worked best at reducing pain as it distracted the brain from processing pain signals.

No single region of the brain was triggered by all three methods but they each lit-up different networks.

For example, the imaginal strategy triggered the frontal lobes (control centres) as it required the brain to hunt for memory fragments.

New studies have confirmed that there is a link between the subjective experience of pain and the relative levels of neural activity in various sectors of the brain.

Schulz and colleagues wanted to discover how different distraction strategies could affect the subjective perception of pain while studying the neural activities.

In the study, 20 subjects were exposed to a painful cold stimulus and asked to adopt one of three approaches to distract from the pain and potentially reduce the pain.

They involved counting down from 1,000 in steps of 7, thinking of something pleasant, and trying to persuade themselves that the pain isn't really that bad.

During the experimental sessions, the subjects were hooked up to an MRI scanner to visualise the neural activity in the brain, which were later analysed in detail.

In order to assess how effective the different coping strategies were,