Carbon and metal particles from road traffic have been found in the placentas of pregnant women for the first time, a shocking new study reveals.

UK scientists have found the first evidence that carbon-based particles and metals including silicon, phosphorus and chromium enter the placenta, which is critical to provide nutrients to growing babies in the womb.

Inhaled particulate matter from air pollution is moving from mothers' lungs to the blood stream and is taken up by important cells in the placenta and other distant organs.

Experts say the tiny particles are likely to be adversely affecting the hearts and brains of unborn babies in London, where pollution levels have breached legal limits, although they say more research is needed to confirm this. 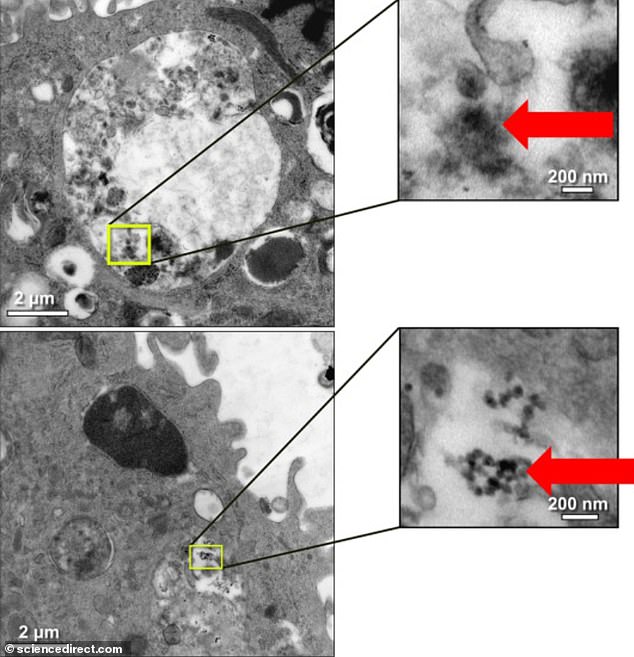 'Our work has shown that potentially toxic, metal-rich nanoparticles from air pollution can be transported to the brain, the heart, and, now, the placenta,' said  Professor Barbara Maher at Lancaster University.

'It's highly unlikely that such particles, having gained access to the placenta, wouldn't affect the foetus.

'It's essential that exposure to particulate air pollution – especially to ultra-fine pollution particles like these – is reduced, and urgently.'

Professor Maher said there’s already evidence of low birth weight in babies born to mothers living in areas with high concentrations of PM2.5 – particles 2.5 micrometres and under in diameter.

'It’s unlikely that the incursion of pollution nanoparticles into the amniotic fluid and the fetal bloodstream is going to be anything other than damaging to the developing foetus,' she told MailOnline.

'We see impacts of nanoparticles on the hearts and brains of infants and young people in high-pollution areas, so logic suggests that similar impacts would be incurred in the womb, depending on the dose the mother, and thence the baby, during pregnancy.

'There’s work going on at present to investigate exactly these very important questions.' 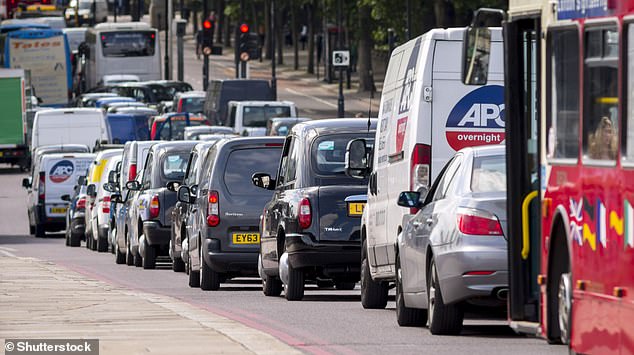 Healthy non-smoking pregnant women were recruited from the Royal London Hospital. All participants lived in London, with 10 residing in Tower Hamlets borough. Urban Londoners are exposed to high and unsafe levels of air pollution

WHAT IS THE PLACENTA?

The placenta is an organ that develops in the uterus during pregnancy to provides oxygen and nutrients to a growing baby and removes waste products from a baby's blood.

The placenta attaches to the wall of the uterus, and your baby's umbilical cord arises from it.

The organ is usually attached to the top, side, front or back of the uterus.

Placentas from 15 consenting healthy women living in London were donated to the study following the births of their children at the Royal London Hospital.

Pollution exposure was determined in 13 of the women, all of whom had exposure above the annual mean WHO limit for particulate matter.

The cells in the placentas were analysed using several techniques including light and electron microscopy, X-rays and magnetic analyses.

These black participles appeared in an average of 1 per cent of the cells that were analysed.

'We have thought for a while that maternal inhalation could

PREV Microsoft's 'Mandalorian' Xbox controller will set you back $160
NEXT 'Risky drinking' is found to increase among women in their 50s and 60s, study ...