Apple announced its new iPhone 12 family, ranging in price from $699 to $1,099, are 5G-ready - the first smartphones developed by the tech giant to boast the fifth generation technology.

However, Apple seemed to leave out one important component – why its customers need 5G right now.

Most of the major carries like Verizon and T-Mobile have already released the next generation cellular technology in certain areas, but much of the quality depends on a user's location and most of the systems are still 'under construction' - and it could take five to seven years to perfect. 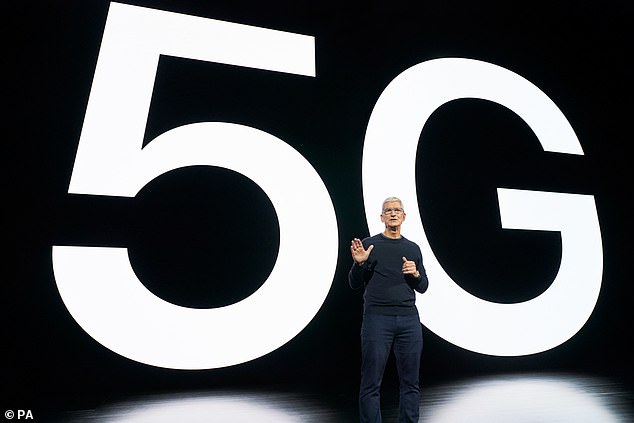 Thomas Husson, vice principal analyst at Forrester, said: '5G alone is not mature enough to justify on its own a significant premium for the new iPhones but at the same time Apple is best placed to kickstart consumer demand for 5G.'

'Apple is likely to maintain leadership on the high-end smartphone market by adding performance and ease of use to its new range of flagship devices.

'While increased connectivity will matter for countries where 5G is getting traction, differentiated experiences will also come from faster processing and obsession to design details.'

Although 5G made its debut in 2018, many people are unsure what it does and if it is worth switching from its 4G device to a 5G compatible model. 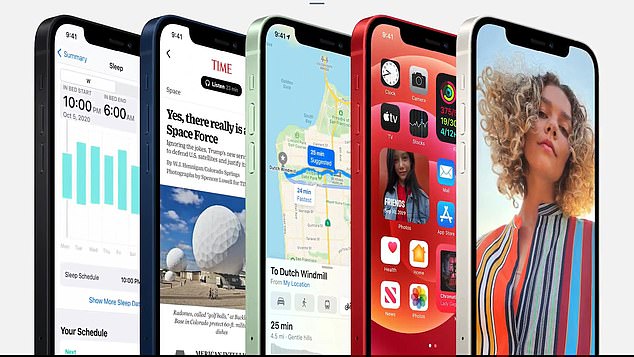 However, Apple seemed to leave out one important component – why its customers need 5G right now

The network is capable of transferring data at higher speeds than existing 4G networks, along with the ability to send larger amounts of data that makes it easier to carry out complex tasks – this includes better quality games and higher definition video streaming.

Experts in the field foresee this innovation powering a range of things such as autonomous vehicles and robots used by surgeons to conduct operations remotely.

Apple was very proud to announce that is joined its rivals, specifically Samsung, in the 5G race and although the iPhone 12 has the hardware to support the network, its success depends on providers offering it to customers.

According to CNN, those living in areas not supported by the next generation technology will have the same experience as if they were using their old 4G phones.

Tom Forte, DA Davidson analyst, told CNN: 'This year, next year, the story for Apple is