Climate change is creating valuable archaeological sites in the Alpine mountains by melting glaciers and revealing wonders that would have otherwise lay hidden in the ice.

Teams recently uncovered a knotted string of plant fibers some 6,000 years old, an ancient wooden figurine, laced shoes with remains of a prehistoric man dating back to 2,800 BC, along with other lost treasures across the areas.

Although a warming world is revealing these extraordinary relics, archaeologists are in a race against time because the ice is what is keeping them preserved.

Archaeologist Regula Gubler told AFP: 'It is a very short window in time. In 20 years, these finds will be gone and these ice patches will be gone.'

'It is a bit stressful.' 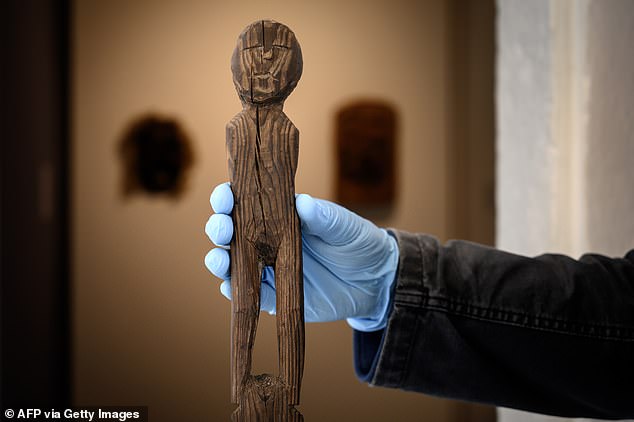 Teams recently uncovered a knotted string of plant fibers some 6,000 years old, an ancient wooden figurine,(pictured)  laced shoes with remains of a prehistoric man dating back to 2,800 BC, along with other lost treasures across the areas

She explained that materials like leather, wood, birch bark and textiles can be destroyed by erosion.

And the only reason they have stayed preserved is because of the ice.

The melting glaciers are creating an array of archaeology sites, so many that a new field of research has emerged – glacier archaeology.

While archaeologists are aware of the devastating toll of climate change, many acknowledge it has created 'an opportunity' to dramatically expand understanding of mountain life millennia ago. 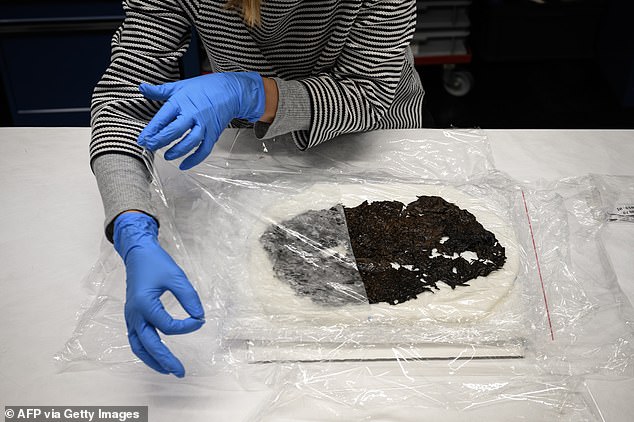 A team found a knotted string of bast fibers last month in Schnidejoch pass in the Alps, which is believed to be over 6,000 years old 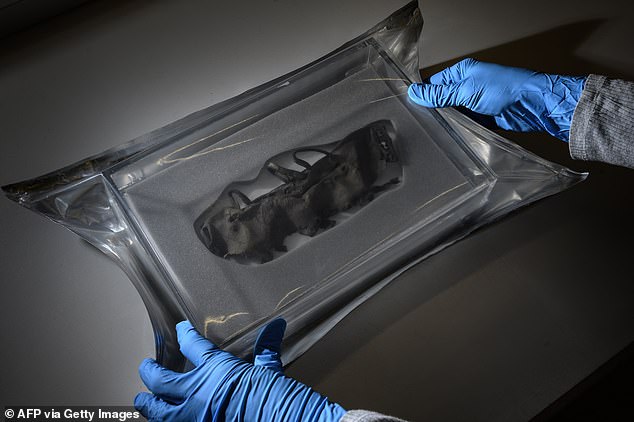 A pair of leather trousers and shoes (pictured) were later found, along with hundreds of other artifacts dating as far back as 4500BC

And Marcel Cornelissen is one expert taking advantage of the situation.

He led an excavation trip last month to the remote crystal site near the Brunifirm glacier in the eastern Swiss canton of Uri.

'We are making very fascinating finds that open up a window into a part of archaeology that we don't normally get,' Cornelissen said.

It was long believed that prehistoric people did not brave

PREV Diet: Drinking tea and eating apples could help lower blood pressure and fight ...
NEXT 'Risky drinking' is found to increase among women in their 50s and 60s, study ...

Model Steph Claire Smith announces she is pregnant with her first child to ...