How to remove arsenic from rice when cooking: Experts reveal the best way to filter out the natural toxin without losing mineral nutrients Arsenic is a Group 1 carcinogen which can be fatal to humans in high doses   The toxin is water soluble and soaks into the plant as it grows in paddies  University of Sheffield researchers have come up with a method to best cook rice in order to get rid of arsenic

Rice contains naturally high levels of arsenic, a toxin which can be fatal to humans, and experts have revealed the best way to remove it from the crop during cooking.

Boiling fresh water before putting in the rice and then draining the water just five minute later gets rid of most of the arsenic.

People should then finish cooking the rice by adding fresh water, turning the heat down and putting a lid on the saucepan. 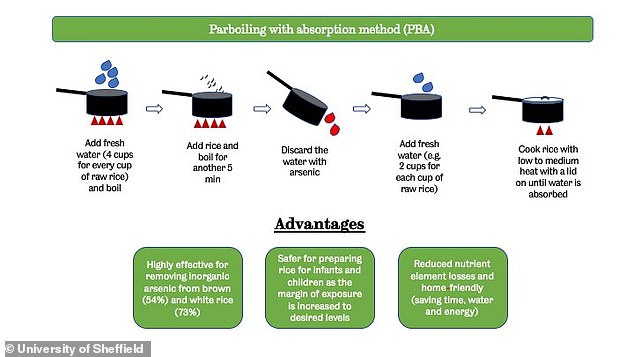 How to cook arsenic-free rice: 1) boiling fresh water 2) put rice into saucepan 3) drain off the water just five minute later 4) finish cooking the rice by adding fresh water and turning the heat down and putting a lid on the saucepan 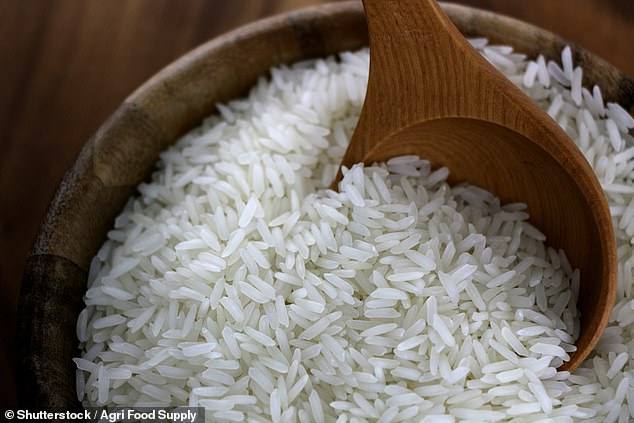 Rice contains naturally high levels of arsenic, a toxin which can be fatal to humans, and experts have revealed the best way to rid it from the crop during cooking.

University of Sheffield researchers discovered this parboiling method was the most effective way of slashing arsenic levels in the dish.

Their study published today in Science of the Total Environment shows that this method removes over 50 per cent of the naturally occurring arsenic in brown rice.

For white rice this figure jumps up to 74 per cent. 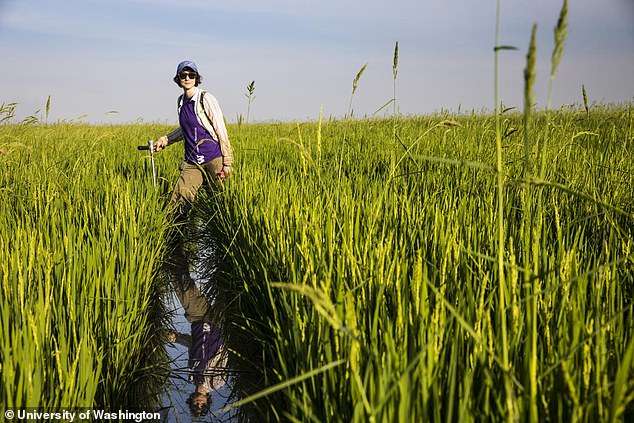 Arsenic is classified as a Group 1 carcinogen by the International Agency for Research on Cancer and is water soluble. It is this property which allows the chemical to accumulate in rice grown in fields

Half of the rice varieties sold in the UK have arsenic levels that exceed the safe limits for infants and children, a damning study reveals.

A total of 28 out of 55 varieties included in a study by the University of Sheffield breached the 0.1mg per kg limit laid out by the EU, to which the UK adheres.

Among the offending varieties are brown and organic rice, widely believed to be healthier than the