Jason Green has a pretty solid reputation as venture capitalists go. The enterprise-focused firm the cofounded 17 years ago, Emergence Capital, has backed Saleforce, Box, and Zoom, among many other companies, and even while every firm is now investing in software-as-a-service startups, his remains a go-to for many top founders selling business products and services.

To learn more about the trends impacting Green's slice of the investing universe, we talked with him late last week about everything from SPACs to valuations to how the firm differentiates itself from the many rivals with which it's now competing. Below are some outtakes edited lightly for length.

TC: What do you make of the

There’s a certain bizarro world logic that starts to set in the longer you think about SPACs. The more money a company loses, the less revenue it has, the better a prospect it is for a SPAC. https://t.co/zC4akk0Xyg pic.twitter.com/1xPZoysxtX

that SPACs for companies that aren't generating enough revenue to go public the traditional route?

JG: Well, yeah, it'll be really interesting. This has been quite a year for SPACs, right? I can't remember the number, but it's been something like $50 billion of capital raised this year in SPACs, and all of those have to put that money to work within the next 12 to 18 months or they give it back. So there's this incredible pent-up demand to find opportunities for those SPACs to convert into companies. And the companies that are at top of the charts, the ones that are the high growth and profitable companies, will probably do a traditional IPO, I would imagine.

TC: Are you having conversations with CEOs about whether or not they should pursue this avenue?

JG: We just started having those conversations now. There are several companies in the portfolio that will probably be public companies in the next year or two, so it's definitely an alternative to consider. I would say there's nothing impending I see in the portfolio. With most entrepreneurs, there's a little bit of this dream of going public the traditional way, where SPACs tend to be a little bit less exciting from that perspective. So for a company that maybe is thinking about another private round before going public, it's like a private-plus round. I would say it's a tweener, so the companies that are considering it are probably ones that are not quite ready to go public yet.

TC: A lot of the SPAC fundraising has seemed like a reaction to uncertainty around when the public window might close. With the election behind us, do you think there's less uncertainty?

JG: I don't think risk and uncertainty has decreased since the election.There's still uncertainty right now politically. The pandemic has reemerged in a significant way, even though we have some really good announcements recently regarding vaccines or potential vaccines. So there's just a lot there's a lot of potential directions things could head in.

It's an environment generally where the public markets tend to gravitate more toward higher-quality opportunities, so fewer companies but higher quality, and that's where I think SPACs could play a role. I'd say first half of next year, I could easily see SPACs being the more likely go-to-market for a public company, then the latter half of next year, once the vaccines have kicked in and people feel like we're returning to somewhat normal, I could see the traditional IPO coming back.

TC: When we sat down in person about a year ago, you said Emergence looks at maybe 1,000 deals a year, does deep due diligence on 25, and funds just a handful or so of these startups every year. How has that changed in 2020?

JG: I would say that over the last five years, we've made almost a total transition. Now we're very much a data-driven, thesis-driven outbound firm, where we're reaching out to entrepreneurs soon after they've started their companies or gotten seed financing. The last three investments that we made were all relationships that [date back] a year to 18 months before we started engaging in the actual financing process with them. I think that's what's required to build a relationship and the conviction, because financings are happening so fast.

I think we're going to actually do more investments this year than we maybe ever done in the history of the firm, which is amazing to me [considering] COVID. I think we've really honed our ability to build this pipeline and have conviction, and then in this market environment, Zoom is actually helping expand the landscape that we're willing to invest in. We're probably seeing 50% to 100% more companies and trying to whittle them down over time and really focus on the 20 to 25 that we want to dig deep on as a team.

TC: For founders trying to understand your thinking, what's interesting to you right now?

JG: We tend to focus on three major themes at any one time as a firm, and one we've termed 'coaching networks'. This is this intersection between AI and machine learning and human interaction. Companies like [the sales engagement platform] SalesLoft or [the knowledge management system] Guru or Drishti [which sells video analytics for manual factory assembly lines] fall into this category, where it's really intelligent software going deep into a specific functional area and unleashing data in a way that's never been available before.

The second [theme] is going deep into more specific industry verticals. Veeva was the best example of this early on with with healthcare and life sciences, but we now have one called p44 in the transportation space that's doing incredibly well. Doximity is in the healthcare space and going deep like a LinkedIn for physicians, with some remote health capabilities, as well. And then [lending company] Blend, which is in the financial services area. These companies are taking cloud software and just going deep into the most important problems of their industries.

The third them [centers around] remote work. Zoom, which has obviously has been [among our] best investments is almost as a platform, just like Salesforce became a platform after many years. We just funded a company called ClassEDU, which is a Zoom-specific offering for the education market. Snowflake is becoming a platform. So another opportunity is is not just trying to come up with another collaboration tool, but really going deep into a specific use case or vertical.

TC: What's a company you've missed in recent years and were any lessons learned?

JG: We have our hall of shame. [Laughs.] I do think it's dangerous to assume that things would have turned out the same if if we had been investors in the company. I believe the kinds of investors you put around the table make a difference in terms of the outcome of your company, so I try not beat myself up too much on the missed opportunities because maybe they found a better fit or a better investor for them to be successful.

But Rob Bernshteyn of Coupa is one where I knew Rob from SuccessFactors [where he was a product marketing VP], and I just always respected and liked him. And we always chasing it on valuation. And I think I think we probably turned it down at an $80 million or $100 million dollar valuation [and it's valued at] $20 billion today. That can keep you up at night.

Sometimes, in the moment, there are some risks and concerns about the business and there are other people who are willing to be more aggressive and so you lose out on some of those opportunities. The beautiful thing about our business is that it's not a zero-sum game. 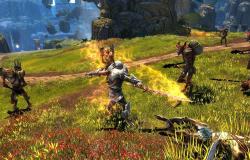 'Kingdoms of Amalur: Re-Reckoning' heads to Switch on March 16th 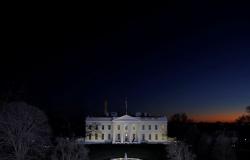 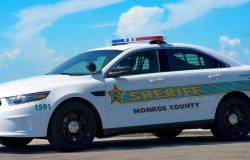 He hopped out of the woods to scare his friend. It worked too well, police say

Elon Musk said it was 'Not a Flamethrower.'