Some supermassive black holes may be entrances to WORMHOLES that could transport spacecraft to distant parts of the universe, astrophysicists suggest Very active galaxies with an active galactic nuclei are 'candidates' for wormholes Scientists believe these galactic cores connect distant points in time and space They are 'traversable wormholes' rather than a supermassive black hole Looking for evidence of extreme temperatures could prove their existence

Some supermassive black holes at the centre of galaxies may actually be wormholes that link two distant parts of the universe together, astrophysicists suggest.

In his Theory of General Relativity, Albert Einstein predicted the existence of wormholes, which connect two points in space or time, but they have yet to be discovered.

Now experts from the Central Astronomical Observatory in Russia believe the 'black holes' at the centre of some very bright galaxies (known as the active galactic nuclei or AGNs) could be the entrances to these wormholes.

While these wormholes are theoretically 'traversable', meaning spacecraft could travel through them, they are surrounded by intense radiation, meaning humans would be unlikely to survive the journey, even in the most rugged of spacecraft. 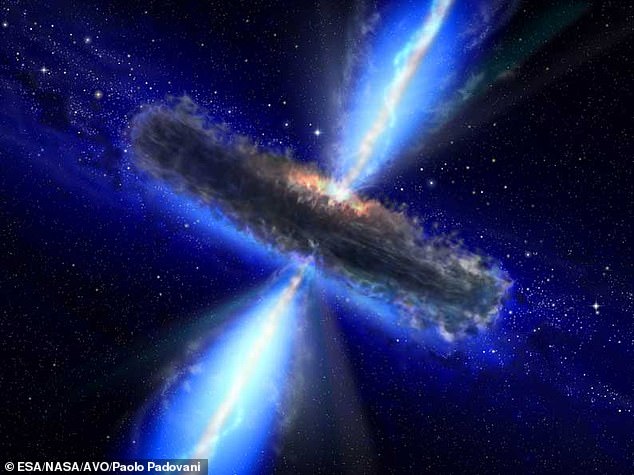 Wormholes and black holes are very similar, in that they are both extremely dense and possess extraordinarily strong gravitational pulls for bodies their size.

The difference is that nothing can come out of a black hole after crossing its 'event horizon', whereas any body entering the mouth of a wormhole would theoretically emerge from its other 'mouth' somewhere else in the universe.

This collision would result in spheres of plasma expanding out of both mouths of the wormhole at the speed of light, and at temperatures of about 18 trillion degrees Fahrenheit.

At such heat, the plasma would also produce gamma rays with energies of 68 million electronvolts, allowing some NASA observatories - such as the Fermi space telescope - to detect the explosion. 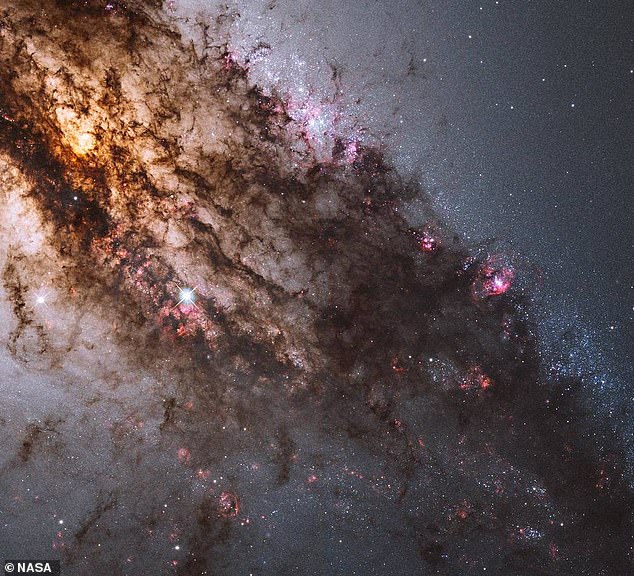 PREV Health: Brain cancer could be triggered by the healing process that follows a ...
NEXT Elon Musk reveals 'catch and quick release' plan for SpaceX's Super Heavy ... 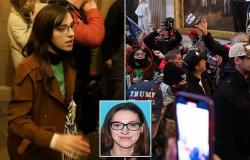