Video game giant Activision Blizzard (ATVI) announced its Q1 2021 earnings after the closing bell on Tuesday, easily surpassing analysts’ expectations for the quarter thanks to its popular “Call of Duty” and “Candy Crush” franchises.

Here are the most important numbers from the report compared with what Wall Street was expecting in the quarter.

The company's stock was up more than 6% following the announcement.

The gaming industry has been on a tear throughout the coronavirus pandemic, with sales of consoles and PC parts and Accessories increasing across the board. But Activision Blizzard has also benefited from its massive hit franchises “Call of Duty” and “Candy Crush.”

The company launched “Call of Duty: Warzone” in March 2020 as a free-to-play battle royale shooter comparable to a grittier version of Epic’s “Fortnite,” without all of the building and dancing. The game has since exploded for Activision Blizzard with Activision segment revenue up 72% year-over-year. The company also reported a record 150 million monthly active users playing "Call of Duty" for the first quarter.

Activision Blizzard’s Blizzard arm, which is home to its “Warcraft,” “Diablo,” and “Overwatch” franchises, saw 7% year-over-year revenue growth on the back of its “World of Warcraft Shadowlands” expansion. The segment saw 27 million monthly active users for the quarter.

Then there’s the King business, home to mobile games like “Candy Crush” and the new “Crash Bandicoot: On the Run!” Despite the fact that consumers aren’t traveling or commuting as much as they were before the pandemic, King continues to perform well, with the segment’s revenue up 22% year-over-year and. More impressive is the fact that monthly active users for the segment were up to 258 million.

Gaming exploded during the pandemic with consumers around the world forced to stay at home on their couches. More recently that demand, coupled with the global chip shortage, has seen a significant drop in the availability of consoles from hardware makers like Microsoft, Sony, and Nintendo.

Developers and publishers like Activision Blizzard, however, haven’t been hurt by the chip shortage, as they aren’t responsible for hardware sales.

For tutorials and information on investing and trading stocks, check out Cashay. 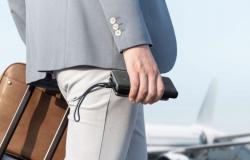