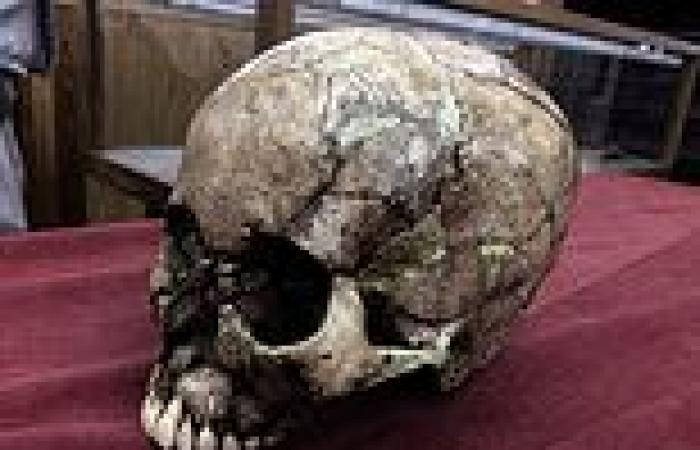 Modern Japanese populations are descended from three ancient cultures — rather than just two, as previously thought — a new genetic analysis has determined.

While the Japanese archipelago has been occupied by humans for at least 38,000 years, Japan underwent rapid transformations only in the last 3,000 years.

These saw shifts from foraging, to wet-rice farming and on to the development of a technologically-advanced imperial state.

It had been thought that today's Japanese populations derive their ancestry from the indigenous Jomon hunter-gatherer-fishers and the later-arriving Yayoi farmers.

While the Jomon occupied the archipelago from around 16,000–3,000 years ago, the Yayoi migrated from the Asian continent to live in Japan from 900 BC to 300 AD

Researchers led from Trinity College Dublin studied 12 ancient genomes sequenced from the bones of people who lived both before and after the farming period.

This revealed a second, later influx of East Asian ancestry during the imperial Kofun period from 300–710 AD, when political centralisation emerged in Japan.

These findings are supported by several lines of archaeological evidence for the introduction of new, large settlements to Japan in this period, the team noted. 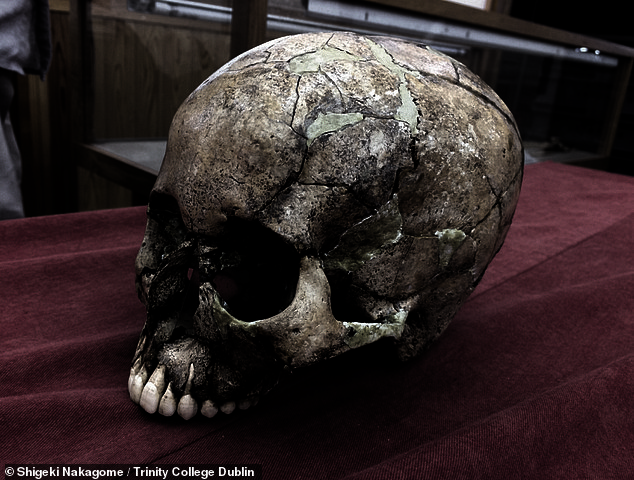 Modern Japanese populations are descended from three ancient cultures — rather than just two, as previously thought — a new genetic analysis has determined. Pictured: one of the ancient Japanese skulls from which DNA was extracted 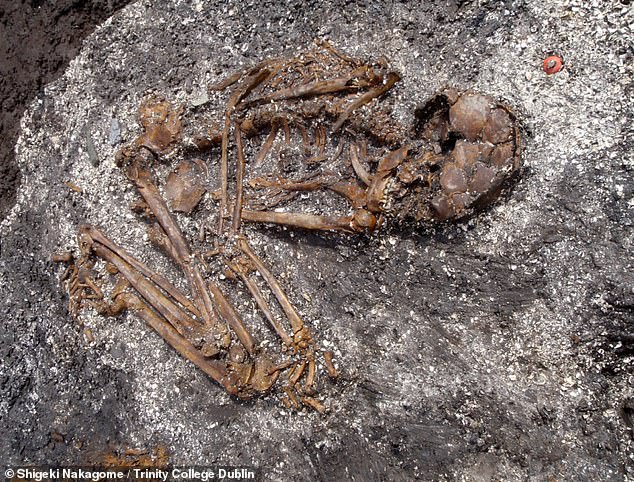 While the Japanese archipelago has been occupied by humans for at least 38,000 years, Japan underwent rapid transformations only in the last 3,000 years. Pictured: an early Jomon skeleton — from which genetic material was sampled — from the Odake shell midden

According to the team, the advent of agriculture is typically associated with population replacement.

This is the case for the Neolithic transition across much of Europe, with only minimal observed contributions from hunter–gatherer populations.

The researcher's genetic evidence, however, indicates that this was not the case in Japan.

Instead of replacement, the switch to farming saw a process of assimilation between the indigenous Jomon and the incoming Yayoi wet-rice farmers.

'Researchers have been learning more and more about the cultures of the Jomon, Yayoi, and Kofun periods as more and more ancient artefacts show up,' explained lead paper author Shigeki Nakagome of Trinity College Dublin.

'But before our research we knew relatively little about the genetic origins and impact of the agricultural transition and later state-formation phase.

'We now know that the ancestors derived from each of the foraging, agrarian, and state-formation phases made a significant contribution to the formation of Japanese populations today.

'In short, we have an entirely new tripartite model of Japanese genomic origins — instead of the dual-ancestry model that has been held for a significant time.'

The team's analysis also determined that the Jomon maintained a small population population size of around 1,000 people of several millennia, having diverged from continental populations around 20,000–15,000 years ago.

This period saw Japan become increasingly more isolated as sea levels rose — removing the connection to the Korean Peninsula forged around 28,000 years ago at the beginning of the Last Glacial Maximum.

The widening of the Korea Strait 16,000–17,000 years ago coincides with the oldest evidence of Jomon pottery production.

'The indigenous Jomon people had their own unique lifestyle and culture within Japan for thousands of years prior to the adoption of rice farming during the subsequent Yayoi period,' said population geneticist Niall Cooke, also of Trinity. 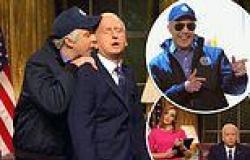 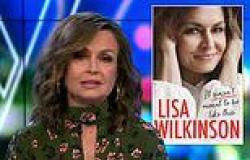 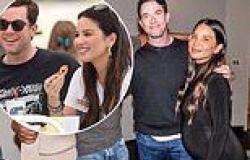 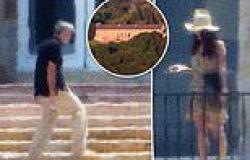 Two children killed and eight people injured when a drag race went out of ...