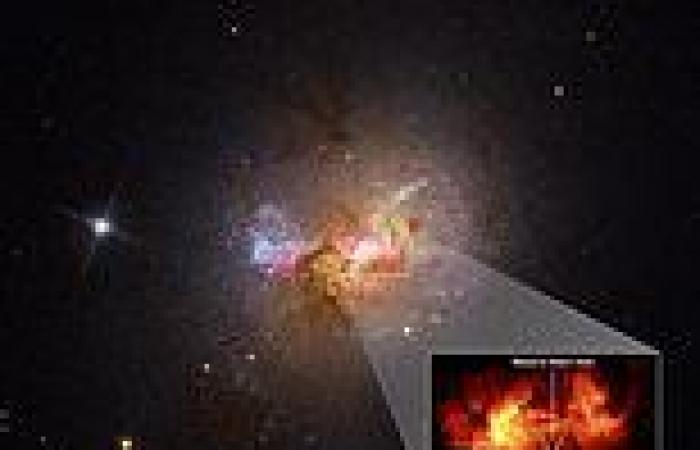 A black hole has been spotted 'giving birth' to stars in a nearby dwarf galaxy – suggesting the voids aren't as violent as previously thought, NASA has revealed.

Black holes are often described as 'destructive monsters' because they tear apart stars, consuming anything that comes too close, and hold light captive.

But new evidence from NASA's Hubble Space Telescope shows a black hole at the heart of the dwarf galaxy Henize 2-10 that's creating stars, not gobbling them up.

The black hole is apparently contributing to a 'firestorm' of new star formation that's taking place in Henize 2-10, which is 30 million light-years away in the southern constellation of Pyxis. 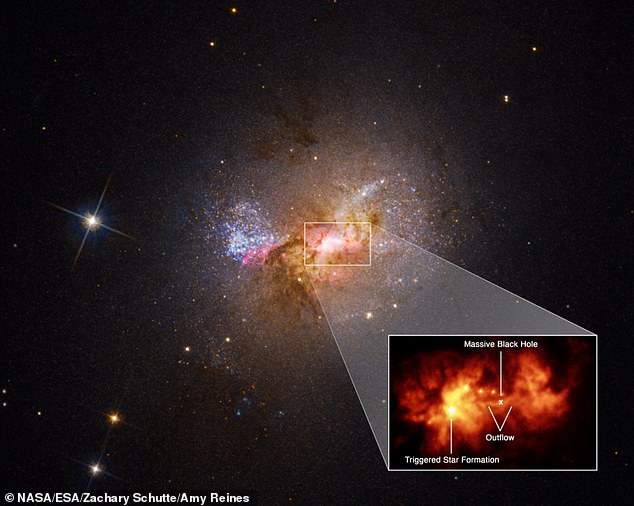 A Hubble Space Telescope image shows the Henize 2-10 galaxy, with a hidden supermassive black hole at its centre. A pullout of the central region of dwarf starburst galaxy Henize 2-10 traces an outflow, or bridge of hot gas 230 light-years long, connecting the galaxy's massive black hole and a star-forming region 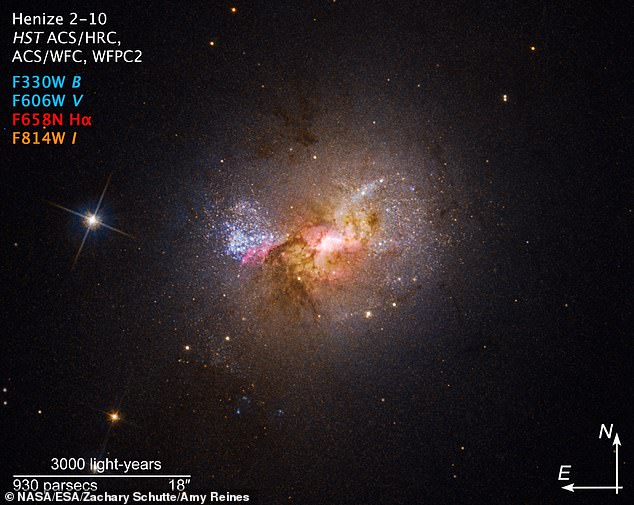 Henize 2-10 is a small irregular galaxy that is not too far away in astronomical terms - 30 million light-years.

It's a small galaxy - about 10 per cent of the size of our own Milky Way - with regions of very rapid star formation.

It's one of the few small galaxies in the known universe close enough to allow detailed study.

It also has a central black hole, experts say, based on observed dual emissions of X-ray and radio waves.

The study of Hubble data was conducted by Zachary Schutte and Amy E. Reines, two researchers at Montana State University's Department of Physics and announced by NASA.

'At only 30 million light-years away, Henize 2-10 is close enough that Hubble was able to capture both images and spectroscopic evidence of a black hole outflow very clearly,' said Schutte.

'The additional surprise was that, rather than suppressing star formation, the outflow was triggering the birth of new stars.'

Henize 2-10 is about 10 per cent of the size of the Milky Way and contains only one-tenth the number of stars found in our galaxy.

The black hole in Henize 2-10 is around 1 million solar masses. In larger galaxies, black holes can be more than 1 billion times our Sun's mass.

Hubble imaging and spectroscopy of Henize 2-10 show a flow of plasma (ionised gas) 'like an umbilical cord' that stretches from the black hole.

This ionised gas slams into a another, dense cloud of gas near the edge of the dwarf galaxy, triggering the cloud into forming clusters of stars.

The distance separating the black hole and the star formation region at the edge of the dwarf galaxy is still hefty to the human mind – about 230 light years – but less so in astronomical terms.

Spectroscopy is the study of the absorption and emission of light and other radiation by matter.

More recently, the definition has been expanded to include the study of the interactions between particles such as electrons, protons, and ions, as well as their interaction with other particles.

Spectroscopic analysis has been crucial in the development of the most fundamental theories in physics, including quantum mechanics, the special and general theories of relativity, and quantum electrodynamics. 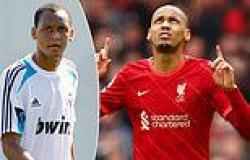 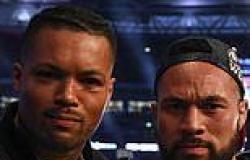 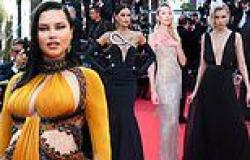 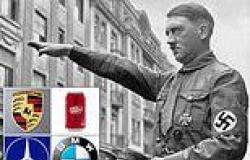