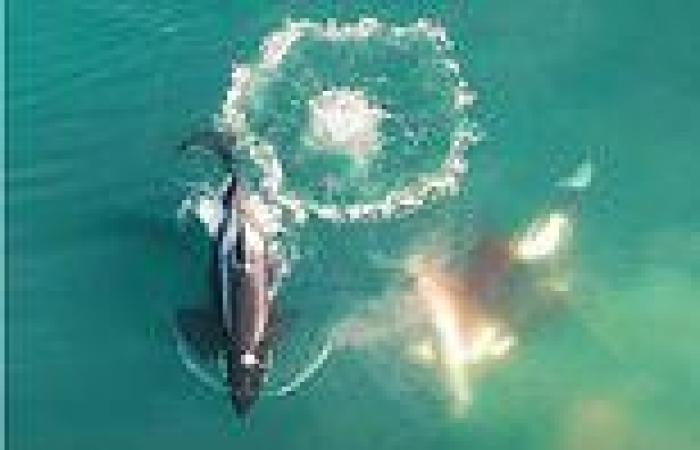 Killer whales have been caught on camera hunting and eating Great White Sharks for the first time, in an hour-long feeding frenzy.

The extraordinary scenes were shot by both helicopter and drone pilots off the coast of South Africa, providing the first direct evidence of orcas preying on sharks.

They reveal that the killer whales were attacking at least four sharks for about an hour, and that this unusual predatory behaviour might be spreading in the species.

While a short drone video of the attack was released in June, a paper has been released this month analysing the clip plus all the footage taken from the helicopter.

Scientists from the Marine Dynamics Academy studied the videos, and analysed drone and cage dive boat survey data before and after these predation events.

Lead author and PhD student Alison Towner said: 'This behaviour has never been witnessed in detail before - and certainly never from the air.'

Only two killer whales in South Africa have been previously linked to hunting white sharks, but this has never actually seen 'in action' prior to these clips. One of these orcas, known locally as 'Starboard', is observed in the new footage eating what was suspected to be a large piece of shark liver at the ocean surface

Orcas are the only natural predator of the Great White.

Scientists have found proof that they are gashing the sharks open and eating their fatty livers.

Scientists speculate this behavior may be behind the disappearance of great whites from the waters of False Bay, off of the coast of Cape Town.

Great Whites frequented the area between the months of June to October every year as part of their annual winter hunting season.

They were drawn to the region by the presence of the so-called Seal Island, a rock home to a huge seal colony.

However, they have themselves fallen pray to orcas — and are on the retreat.

Orcas have been filmed preying on other large marine species in the past, like blue whales, tiger sharks and seven gill sharks.

They can be seen ripping open the torsos of their prey to access their nutrient-rich livers and hearts.

Only two killer whales in South Africa have been previously linked to hunting Great Whites, but this has never actually been seen 'in action' prior to these clips.

One of these orcas, known locally as 'Starboard', is observed in the new footage eating what was suspected to be a large piece of shark liver at the ocean surface.

David Hurwitz, a boat-based whale-watching operator from Simon's Town Boat Company, said: 'I first saw Starboard in 2015 when he and his close-associated 'Port' were linked to killing seven gill sharks in False Bay.

'We saw them kill a bronze whaler [copper shark] in 2019 – but this new observation is really something else.'

However, the scientists believe that the involvement of four new whales, one of which bit into a shark in the region of the liver, suggests the behaviour could be spreading.

While only one predation event was observed, the researchers believe that three other sharks may also have been killed during the attack. 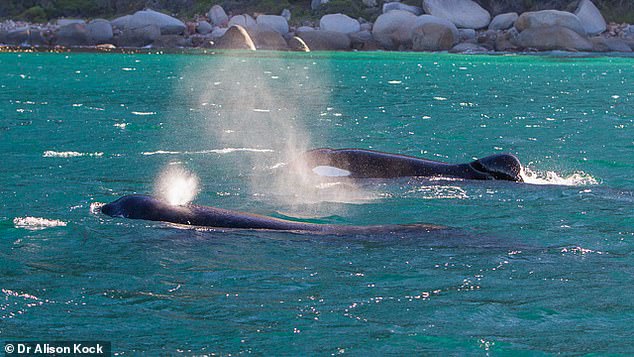 A paper, published today in Ecology , presents the 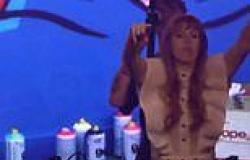 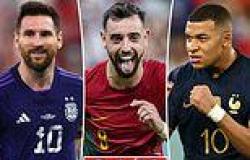 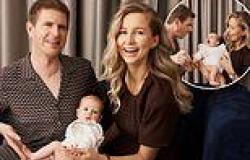 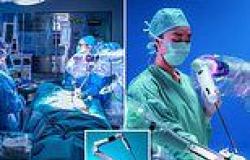