Horrendous pictures reveal the gruesome fate that awaited hundreds of British and allied Prisoners of War at the hands of the Nazi regime.

Graphic images show smirking Nazi paratroops opening fire on Cretan civilians, a firing squad of 20 Germans preparing to shoot six unarmed Ukrainian men, and a crowd of anxious looking British soldiers being marched past a German tank destroyer as they awaited their fate.

Another brutal photo shows the SAS men who were beaten with cudgels and shot in cold blood after they refused to give their captors critical intel and distorted bodies of American soldiers frozen in the snow.

The harrowing photos are including in Phillip Chinnery's book 'Hitler's Atrocities against Allied PoWs', a chilling description of the ordeals that captured men and women were put through by the Third Reich regime and their Italian allies. 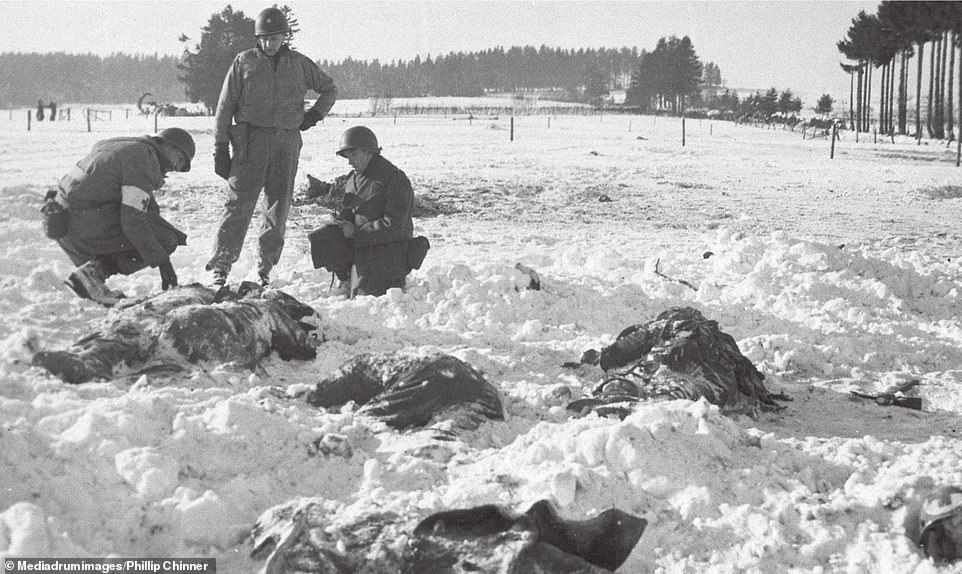 American investigators begin the long process of identifying the men murdered by Nazis during the Battle of the Bulge, 1944. The bodies were taken to the nearby railway station where they were thawed out and identified. The fierce battle took place during a bitterly cold winter in western Europe 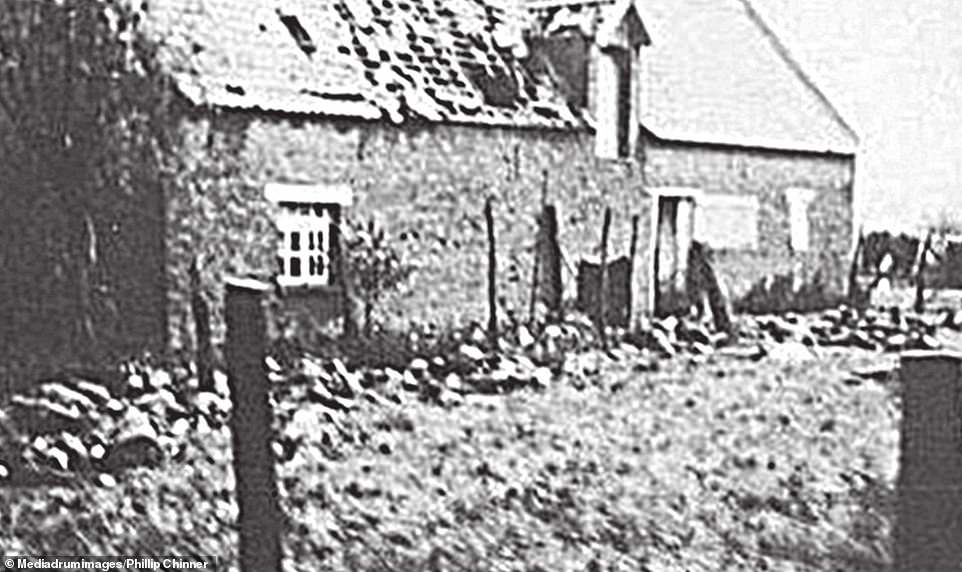 A photo of the bodies of the murdered soldiers of the Royal Norfolk Regiment, still lying next to the barn where they had been shot, taken by a passing German photographer. They were murdered in an incident which became known as the 'Le Paradis Massacre' as they fought a delaying action for troops evacuating at nearby Dunkirk 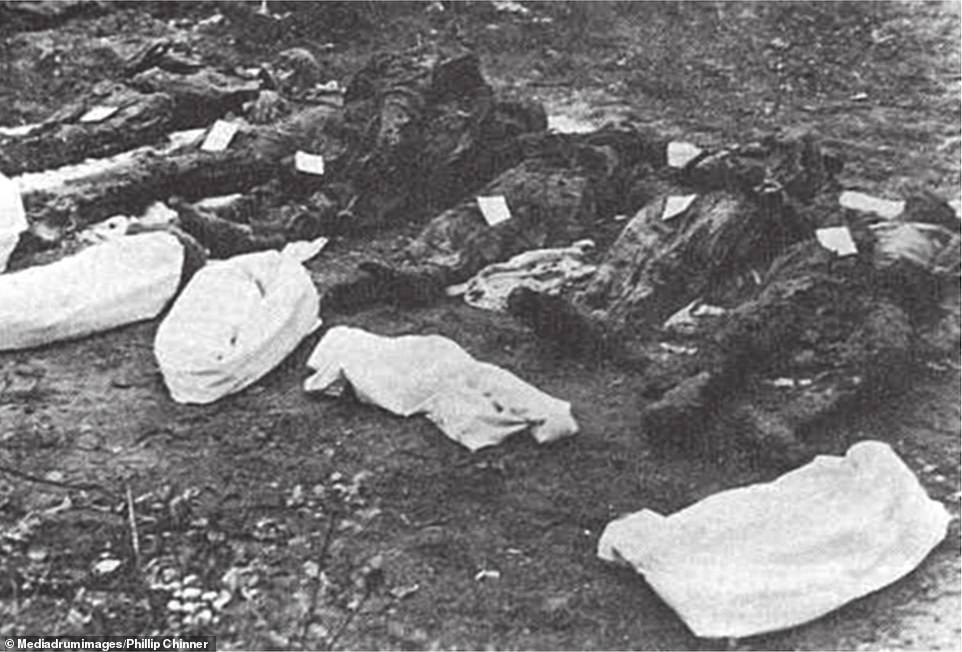 The exhumed remains of six American airmen murdered in Rüsselsheim by angry civilians. The incident happened on August 26, 1944, two days after a US bomber was shot down by heavy anti-aircraft fire over Hanover. Nine crew members of the aircraft parachuted to the ground, where they were captured and held by German Luftwaffe personnel. Unable to transfer the downed aircrewmen to a prisoner-of-war camp due to the train tracks being heavily damaged by bombing the night before, the Americans were forced to march through the devastated town 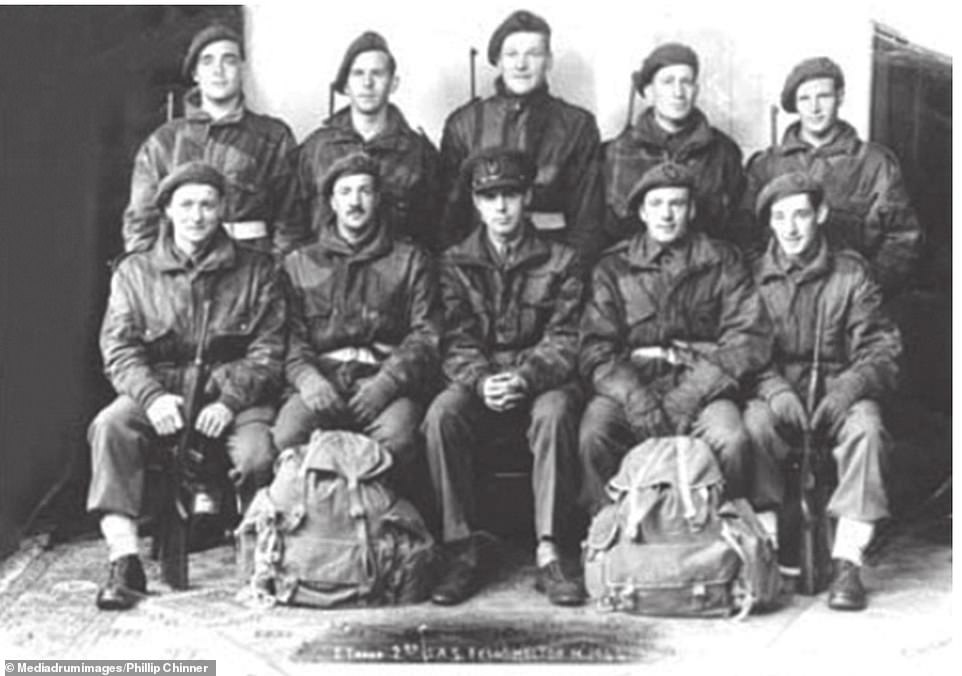 1 Troop, 2nd SAS Regiment prior to their paradrop into France. Any SAS member caught behind enemy lines was executed without mercy

One despicable act of cruelty portrayed in the book involved the Royal Norfolk Regiment, which was sent to France in September 1939.

On 27 May 1940 they were in position near Le Paradis where they had been in action since the previous day.

After hours of constant fighting and loss of life on both sides, the British soldiers became isolated from their comrades, fell back to a farmhouse and fought until they ran out of ammo.

Fatigued and out of options, they surrendered to the Nazis.

Rather than treating them humanely as PoWs under the Geneva Convention, the cold-hearted Germans led the shattered men across the road to a wall where they were murdered by machine gun fire.

Ninety-seven British troops were killed. Two survived, with injuries, and hid until they were captured by German forces several days later. 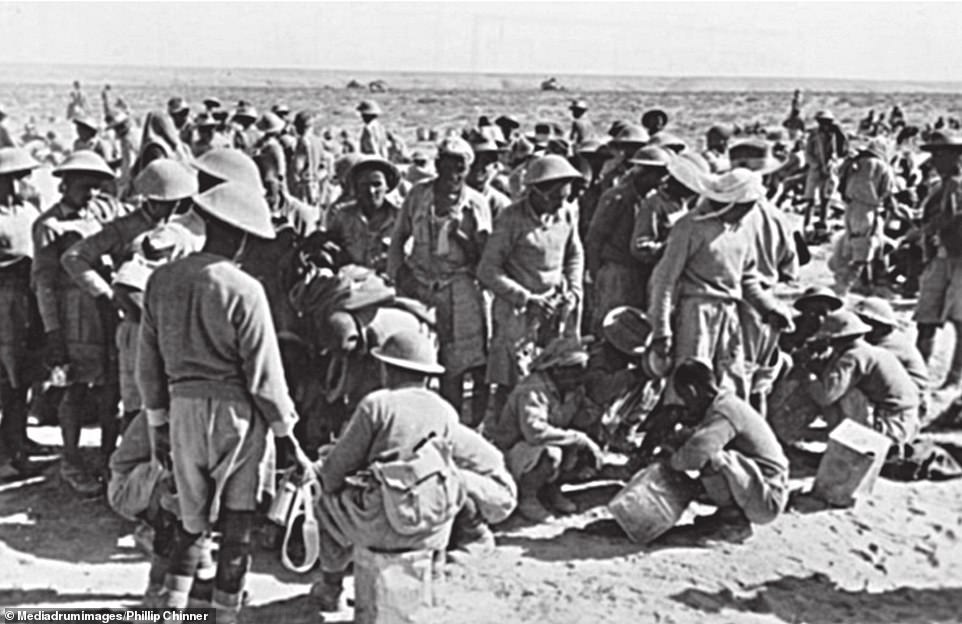 Prisoners captured at Tobruk, Libya were passed over to the Italians who kept them in barbed-wire concentration camps until they could be shipped over to permanent prison camps in Italy. The treatment received in Italian hands was very poor: inadequate food, water and accommodation and guards who would shoot to kill without warning 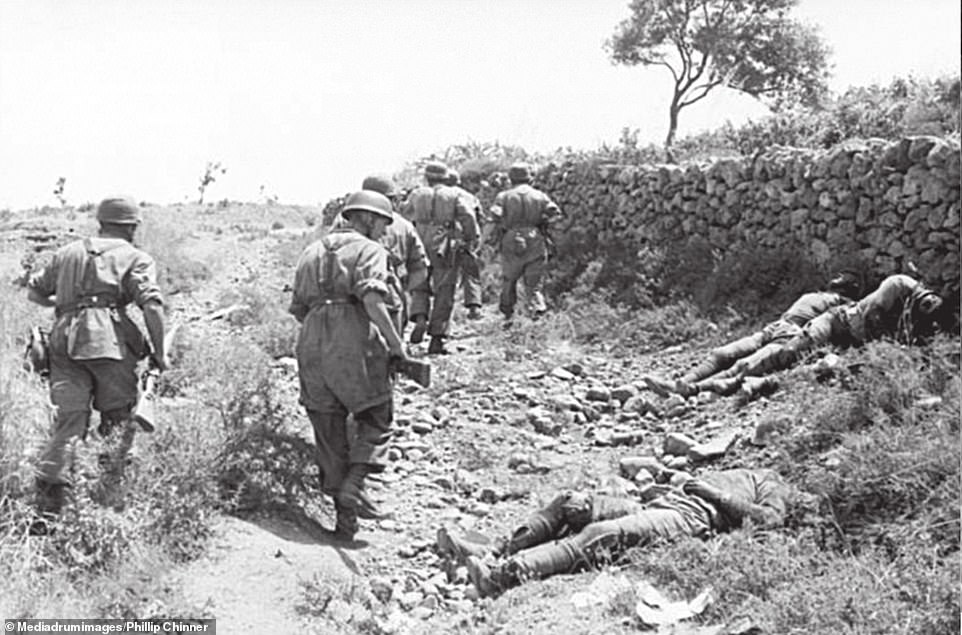 A German paratroop patrol passes by dead Allied soldiers in Greece 1942. It is difficult to assess whether they havebeen killed in combat or not. There are no weapons or equipment lying near the bodies 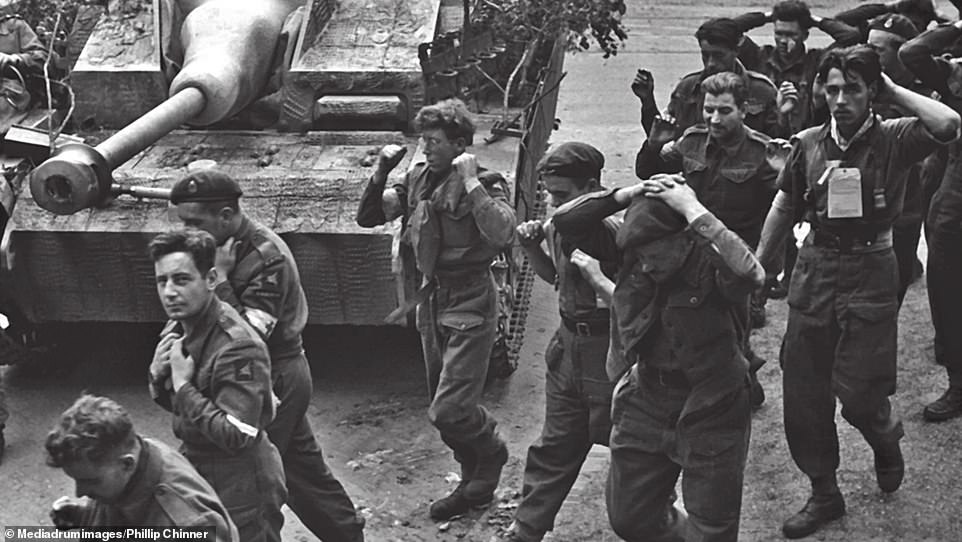 British prisoners are marched past a German tank destroyer in Arnhem, Netherlands. A group of prisoners captured following this assault were mown down with machine gun fire whilst being transported in the back of a lorry. The British troops were part of the famous Operation Market Garden in which they recaptured the low countries from the Nazis 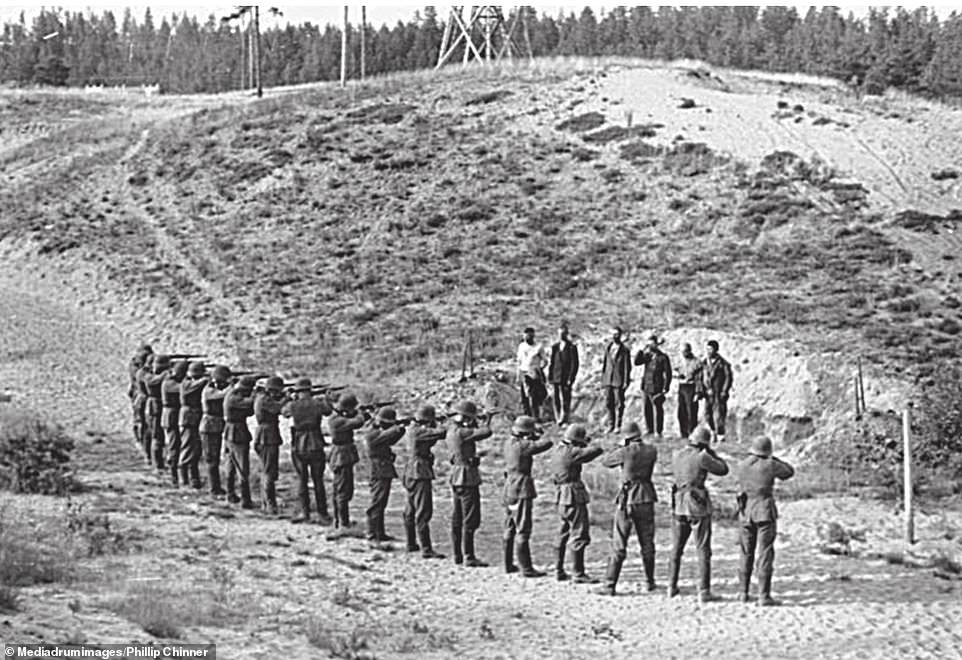 The execution of men suspected of being resisitance fighters in the Ukraine in September 1941. More than 1.3 million prisoners of war died in approximately 160 concentration camps throughout Ukraine. Some escaped death by recruitment as concentration camp guards and, after the defeat at Stalingrad, in military and other formations

Another brutal assault of prisoners' human rights took place in Ardennes at the Battle of the Bulge.

Amidst the coldest winter of the war in December 1944, and just days before what many thought would be the last Christmas of the war, a ferocious onslaught against Belgian civilians and American troops was held, with orders from high-ranking Nazi officials that American prisoners in particular were an 'unnecessary burden on the German economic system' and advocated the harshest treatment of all US soldier 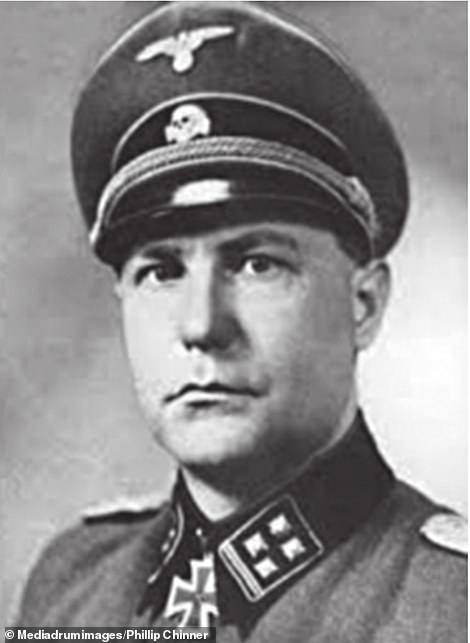 Fritz Knoechlein was hanged in Hamburg on 28 January 1949. He gave the order for the Royal Norfolk prisoners of war to be machine-gunned at Le Paradis

A group of cold, weary soldiers were cut off from their group and, under heavy fire from tanks, placed their hands in the air and surrendered.