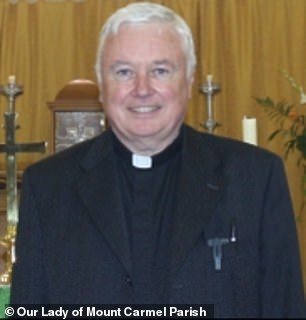 Father Tony Rohan, who is listed as the priest at Our Lady of Mount Carmel, led the service last Wednesday according to two pupils

The Catholic priest who led an Ash Wednesday service that left 73 pupils with chemical burns has been revealed - as police say they won't investigate even though it could lead to permanent scarring.

Parents were outraged after pupils at St Augustine's High School in Redditch, Worcestershire, were smeared with scolding ash this week.

But despite at least two children ending up in hospital, the police have said there was no 'criminality' involved in Father Tony Rohan's ceremony, MailOnline has learned.

Medics told one parent their child could have a permanent scar as a result.

A total of 89 people, including 16 teachers and one school governor, were burned in the religious ceremony which was stopped when pupils complained of 'tingling', prompting parents to consider taking legal action.

And one 13-year-old boy was taken to hospital after his sensitive skin blistered when the ash was smudged across his forehead.

His guardian, who did not want to me named, told MailOnline: 'He was born with really delicate skin, we even have to be careful with what shampoo he uses.

'He said he didn't want to go to school tomorrow (Wednesday) because he was told he had to have the ashes put on. 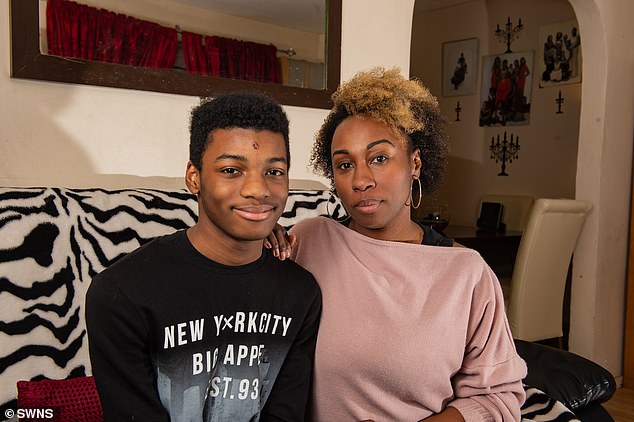 Chairo Rowe, 14, and his mother Cassena Brown, 39, who was 'furious' when she saw the chemical burn left by the ash which had been smeared across her son's forehead 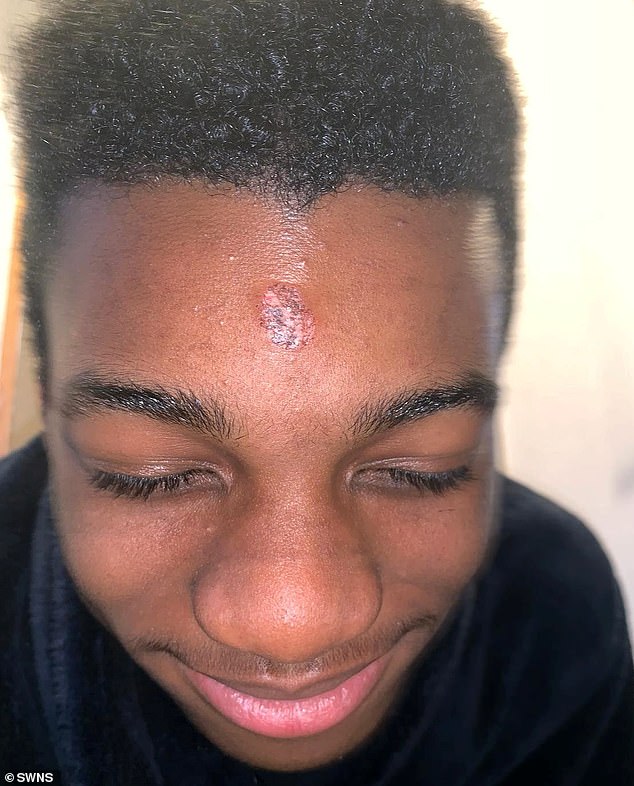 Chairo was taken to hospital and it is likely that the schoolboy will be scarred from the wound. Some 72 other pupils at St Augustine's Catholic High School were also burned by the ash

'Because he's not Catholic he just had a line of ash but it still burned and I had to take him to the doctor the next day who gave him some steroid cream.'

Yet a sergeant at West Mercia Police said it was just a religious event 'gone wrong' and dismissed any notion of crime.

The sergeant said: 'This is a matter for the school and education authority to address as there does not appear to be any criminality.

'It would appear on the face of it to be a religious ceremony which the children were partaking in which would appear to have gone wrong.

'The school are clearly aware given the phone calls and texts sent out.

'This is not a police matter at this time, if any criminality is established then this can be reviewed.'

Two students have confirmed that Father Tony Rohan, who

PREV Bill Gates hires Warren Buffet's right-hand man as his lawyer in split from ...
NEXT Convoy of carnage: MAX HASTINGS writes about one of the most dramatic forgotten ...