The mother of Madeleine McCann joined friends and well wishers tonight to remember her daughter on the 12th anniversary of her disappearance, as Portuguese police revealed they could be closing in on her kidnapper.

Kate McCann and her twins were warmly welcomed during a poignant prayer service in their home village of Rothley, Leicestershire, while her heart doctor husband Gerry was busy working in Italy.

A visibly emotional Mrs McCann, 51, was 'overwhelmed' by the support as she joined in prayers and readings to mark the occasion - the first anniversary without Gerry by her side. 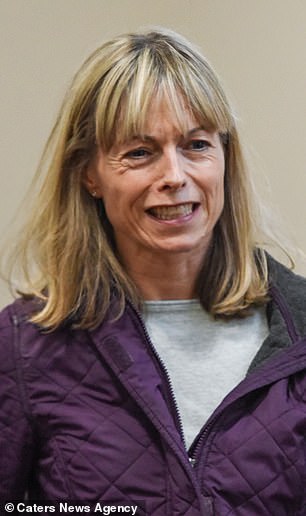 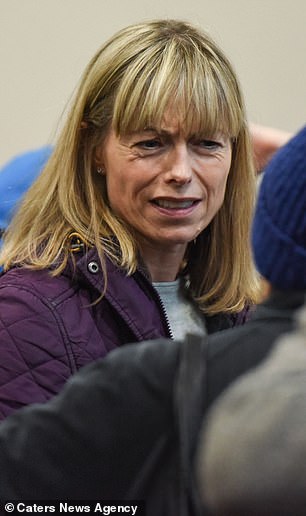 Kate McCann, 51, was overcome with emotion as she attended a church service to mark the 12th anniversary of daughter Madeline's disappearance

Her uncle Brian Kennedy said before the half hour service that the family 'still had hope even after all these years'.

The retired head teacher, 80, declined to discuss detectives' potential new leads which they have yet to be informed about, saying: 'We're just grateful that police are still searching. It gives us hope.'

Mrs McCann, wearing a purple puffa jacket and black jeans and with her hair freshly highlighted and trimmed, fought back tears during as children, including her 14-year-old twins Sean and Amelie, lit candles for Maddie and other lost youngsters.

The gathering had been due to take place at the war memorial in the McCann's home village of Rothley, Leicestershire, where a candle burns around the clock as a beacon of hope for the world's most famous missing child. 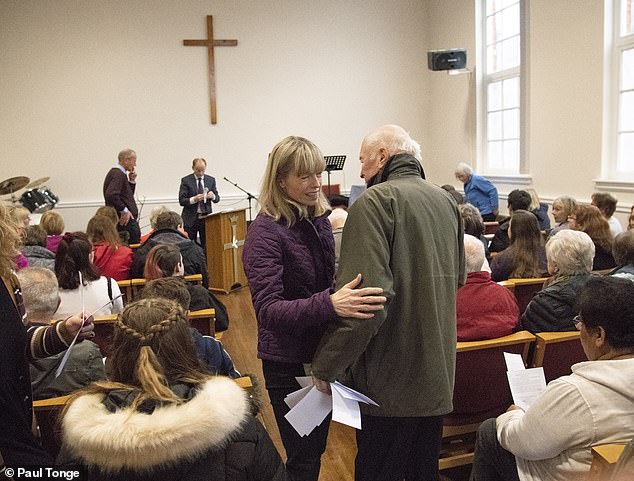 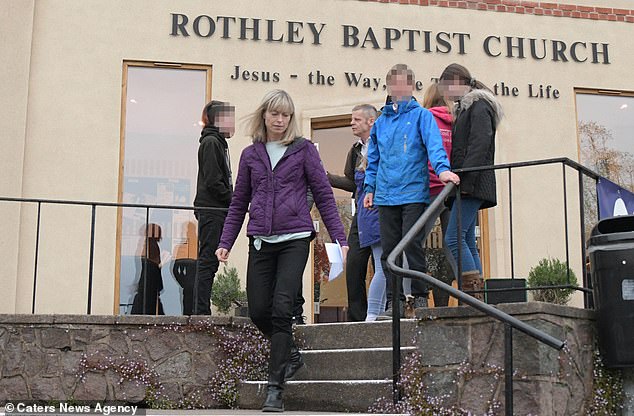 But it was moved into the nearby local Baptist Church to avoid expected rains showers.

Vicar the Rev. Rob Gladstone, who led the prayers, opened the service by saying: 'A warm and a very dry welcome. Even after twelve years of hoping and praying we trust that God has not abandoned us or Madeleine. We come together again to show our support for Kate and Gerry, for other parents of missing children and young people, to help keep alive the tune of hope which persists through all the storms and sorrows.'

PREV Tesco supermarket is hit by coronavirus outbreak amid surge in Covid cases ...
NEXT James Murdoch steps down from the board of News Corp over 'disagreements over ...