Brazilian footballer Neymar arrived on crutches to be quizzed by detectives over a 26-year-old model's hotel rape claims today.

Dressed in a dark suit and his right foot heavily strapped, he was met at the door of the domestic violence unit in Sao Paulo, Brazil, by Dr Juliana Lopes Bussacos, the police chief inspector who will lead the questioning.

The soccer icon was flanked by armed police and others produced riot shields in the tiny courtyard, as supporters chanted his name beyond the sealed off courtyard.

The 26-year-old footballer, who signed by PSG for £200 million two years ago, was being asked about claims he 'aggressively' attacked and raped Najila Trindade, 26, in room 203 of the Sofitel Hotel in Paris on May 15. 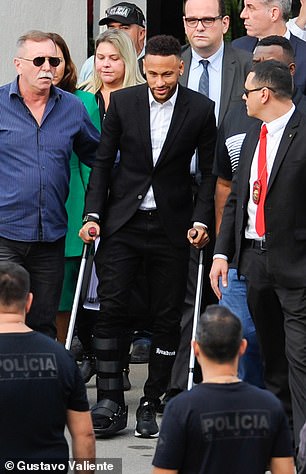 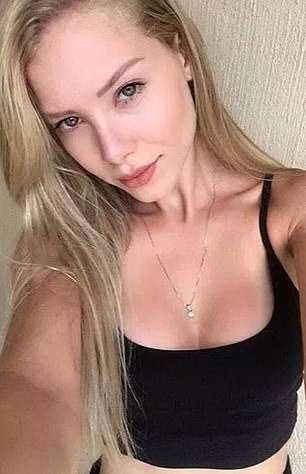 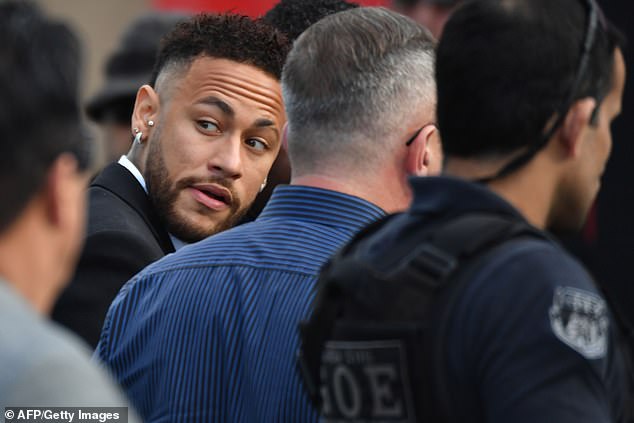 Neymar is expected to tell investigators that Ms Trindade, a divorced mother-of-one, flew to Paris for consensual sex with him after they met on Instagram where he has 120 million followers.

After interviewing him, police will then decide whether to drop the case or press charges against the star.

Several of the officers produced their cell phones to record the moment Neymar visited as helicopters hovered overhead.

Plain clothed police, wearing dark glasses, scanned every window and corner of the yard to protect the rape suspect.

The superstar flew in on a private jet to meet officers from the city's domestic violence unit for questioning.

The domestic violence unit which boasts that it is open 24 hours a day to help victims, closed for the day to prepare for the VIP suspect.

Neymar was screened once inside the unit and officers placed brown paper sheets over windows to keep his interviews private.

His fate could ultimately lay in the hands of three top Brazilian female state lawyers who have been seconded to oversee his interview and those of key witnesses. 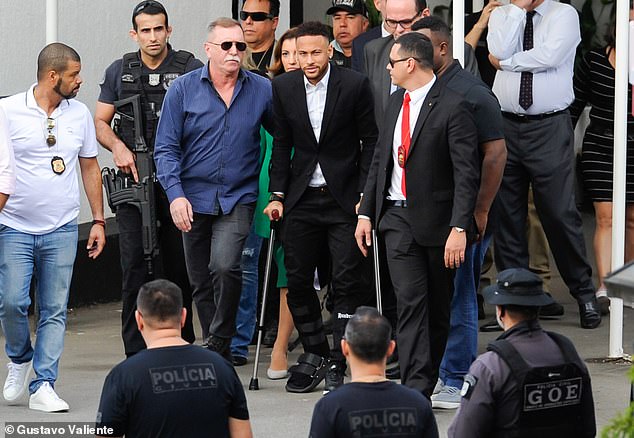 The soccer icon was flanked by armed police