'I wasn't going to fire him. Do you know why?' Trump questioned during part of an interview with ABC News that aired Sunday morning. 'Because I watched Richard Nixon go around firing everybody and that didn't work out too well.'

Trump was referring to the former president who order his attorney general at the time, Elliot Richardson, to fire independent prosecutor Archibald Cox, who served during the Watergate scandal. 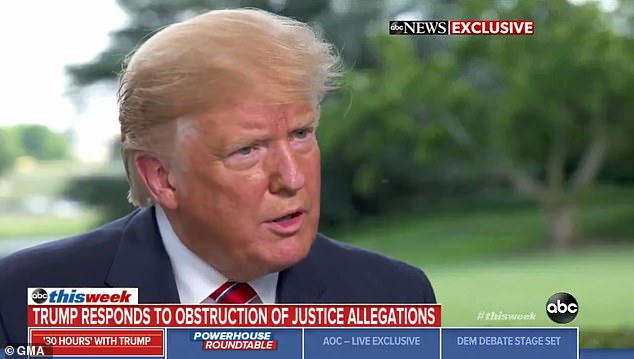 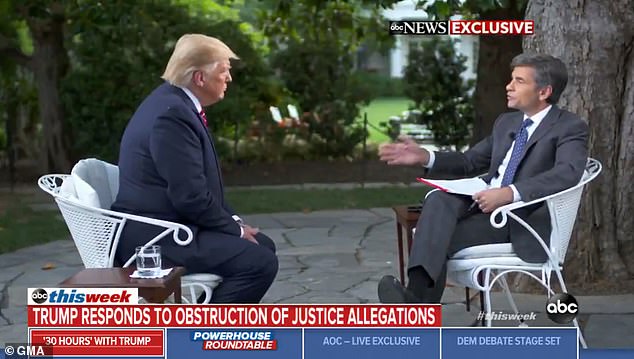 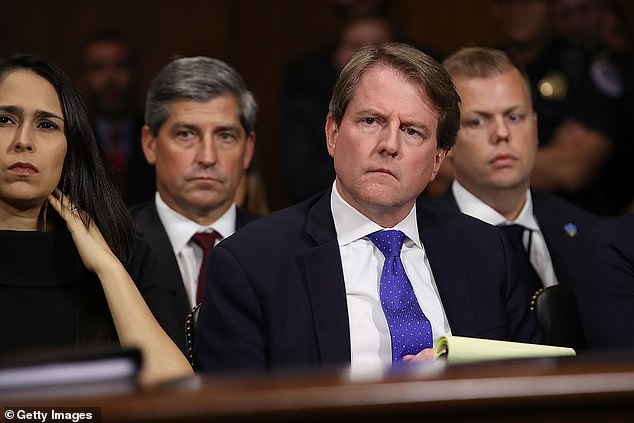 During his sworn testimony before the special council, former White House Council Don McGahn (pictured second from right) said he was under the impression Trump wanted Mueller fired. Trump said he got that idea because he talked about how conflicted Mueller was

Congress was in the midst of conducting impeachment proceedings against Nixon in the early 1970s related to the Watergate scandal escalation, and in the middle of his second term he resigned in the face of almost certain removal from office.

In a wide-range interview, which will air in its entirety Sunday evening, Trump told host