Tragic CCTV footage shows a father arguing another train passenger who later stabbed him to death following an apparent row over him blocking the aisle.

Lee Pomeroy, 51, was knifed to death by Darren Pencille five minutes after he and his son boarded a train from Guildford, Surrey, to London Waterloo on January 4. Pencille insists he was defending himself.

The murder trial was today shown footage of the incident, which unfolded in less than a minute.

Some of Mr Pomeroy's family left the public gallery of the Old Bailey as the disturbing footage was shown to the jury. His wife, Svetlana, stayed in court, but wept as the footage was shown. 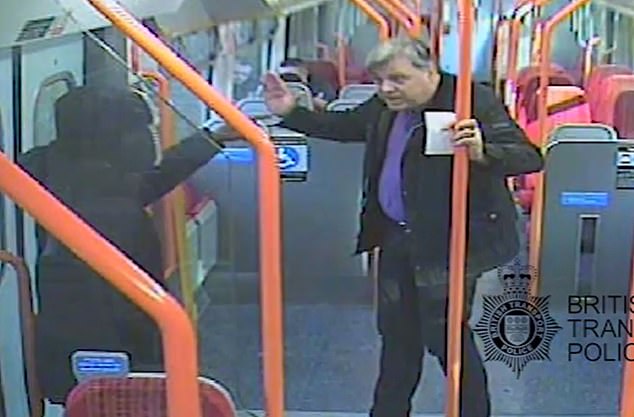 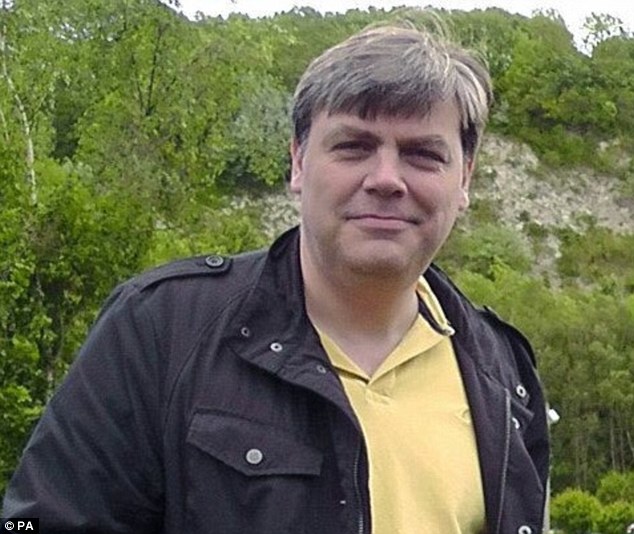 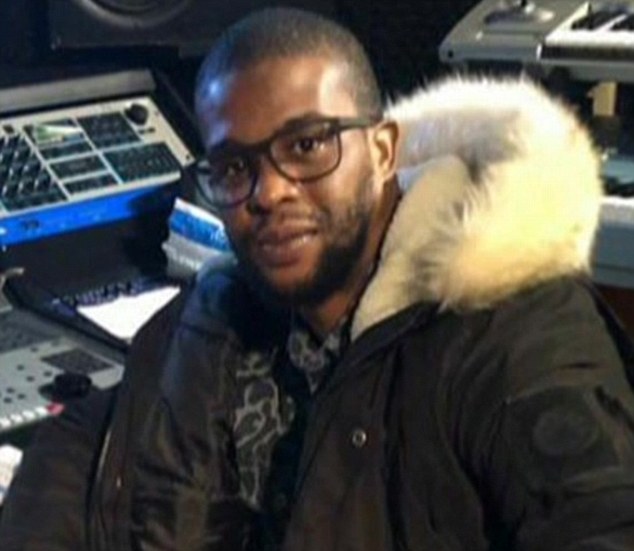 Darren Pencille started arguing with Mr Pomeroy minutes after getting on the train, apparently over whether Mr Pomeroy was blocking the aisle

The CCTV showed Mr Pomeroy arriving at the station with his son and purchasing tickets.

Pencille arrived a few minutes later. He boarded the London-bound train through a different door to Mr Pomeroy, but they crossed paths in the aisle when they turned in towards each other.

Mr Pomeroy remained standing as Pencille walks by and both men exchange looks before the IT consultant took his seat.

Following a brief exchange, Mr Pomeroy could be seen on the carriage's CCTV to get up and walk after Pencille, who was wearing a zipped-up jacket, sunglasses and hat.

Jurors were played footage of the two men walking through the carriage into the adjoining one before they stop and continue arguing in a standing area close to a set of doors.

Mr Pomeroy could be seen pointing back over his shoulder and holding his palm up towards Pencille.

Other passengers described hearing him pressing for an apology, saying: 'You shouldn't have humiliated me in front of my kid.' 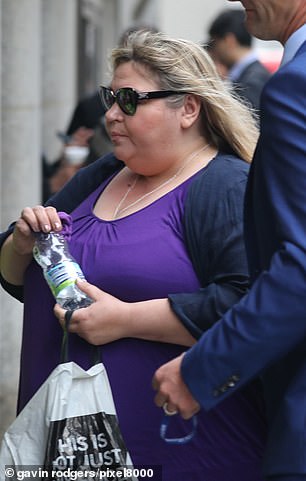 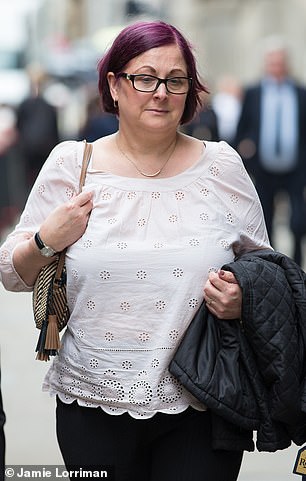 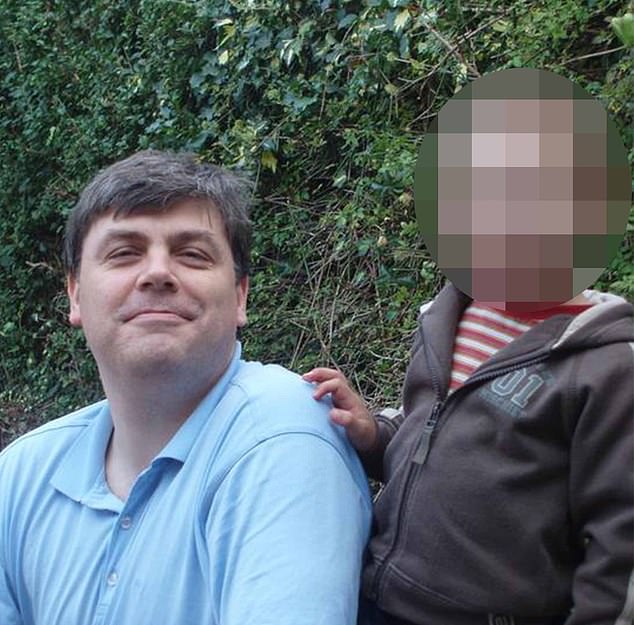 Mr Pomeroy was taking his son (pictured with him when he was younger) to London on the day he was attacked and was heard saying: 'You shouldn't have humiliated me in front of my kid'

Pencille could then be seen pulling his phone out and holding it up to his ear, a call jurors were told he made to Mitchell warning: 'I'm going to kill this man. He'll be dead.'

Within 10 seconds of putting the phone away, Pencille had pulled out a knife.

The blade was visible before a bloodied Mr Pomeroy walks back down the carriage following a scuffle.

'So, we are dealing with an incident that lasts for about 25 seconds,' the prosecutor said. 'And the jury know that in that 25 seconds Lee Pomeroy sustained 18 knife injuries.'

Police detective Marc Farmer, from the British Transport Police, told the court that, aside from the clear image of the first blow to Mr Pomeroy's neck, it was initially difficult to determine the extent of the attack.

It was only once the medical