A shoplifter who pretended to be a new mother by pushing a pram around, fleeced a local supermarket of £60 worth of chocolate by stashing it in an empty buggy.

The woman was filmed on CCTV in a supermarket in Coventry with the pink stroller, browsing the confectionery aisle.

Checking to see if anyone was watching, and carrying one of the store's orange baskets as a decoy, she loads up the empty pram with a haul of chocolate and sweets.

But she was caught in the act by security cameras which show what she was up to. 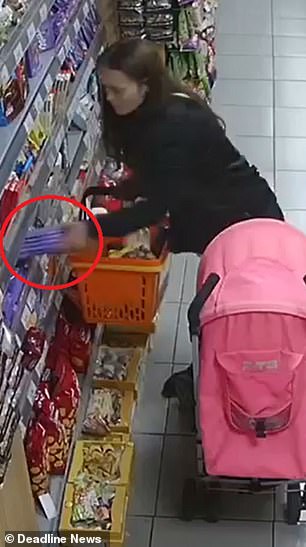 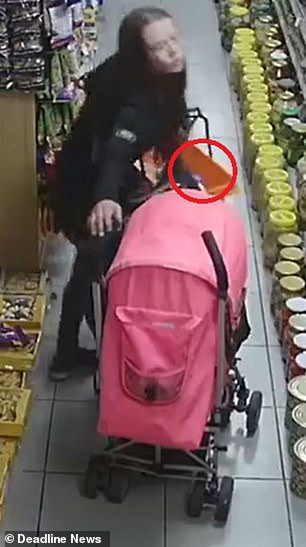 The incident took place on Sunday at around 10pm at the Euro Supermarket on Foleshill Road in Coventry, West Midlands.

The local store posted the video on their Facebook account the following day saying: 'Please share it guys. This woman used a fake pushchair to do shoplifting. She stole some chocolate bars [and put them] into her pushchair, but there is no baby in the pushchair. She only made it for shoplifting.

'She has now been reported to the police, and police have got her on CCTV.