Married to a Bond girl and the owner of a huge chunk of London’s fashionable Notting Hill, Warren Todd would appear to be a man who has it all.

Sadly, I hear that the multi-millionaire property tycoon has now left his wife, Sue Vanner, who made a generation of teenage hearts flutter when she was filmed lying naked under a pile of furs with Sir Roger Moore in The Spy Who Loved Me.

Bentley-driving Warren, 52, is understood to have found new love with a much younger blonde woman, known only as ‘Anya’, whom he met at the gym.

His lover, who is believed to be in her 30s, is a stylish dresser who has been regularly seen with Warren in trendy restaurants around the capital. 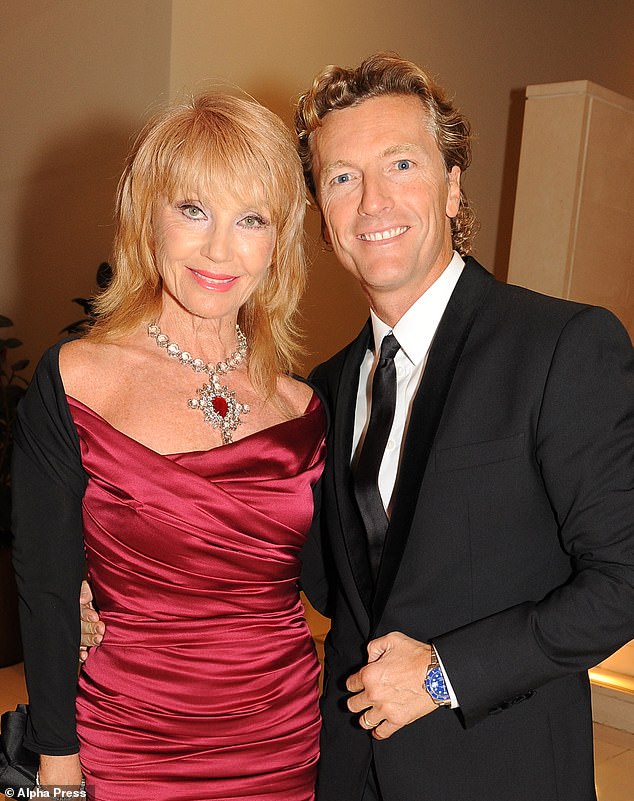 The property tycoon has now left his wife, Sue Vanner, (pictured) who made a generation of teenage hearts flutter when she was filmed with Sir Roger Moore in The Spy Who Loved Me

He’s moved out of the £10million Georgian mansion he shared with Sue near the Beckhams’ home in Holland Park. Now he’s living in a smaller property around the corner with his new girlfriend, said to hail from Eastern Europe.

‘Sue is devastated,’ a close friend tells me. ‘After 32 years of happy marriage, Warren’s made decisions, during a very serious mid-life crisis, which have broken up their family.’ 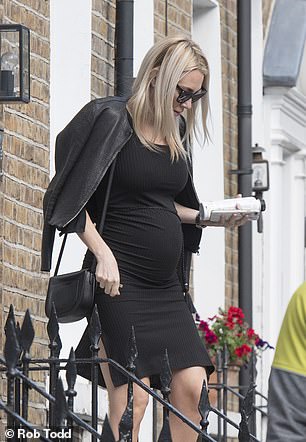 Property developer Warren Todd leaves his home in west London, heading off on holiday with his pregnant partner (pictured)

Warren, who has been pictured partying with Hollywood star Liam Neeson, is 16 years younger than Sue, with whom he has an adult son, Ryan.

‘When Warren first met Sue, the 16-year age difference, the secrecy that had transpired, was not something we supported,’ said Lisa, who has appeared in shows including The Real Housewives Of Beverly Hills and Dancing With The Stars.

‘But I learned a very valuable lesson — when our children make a choice, remember our opinions and influence are pretty much redundant.’

She added that, after a few years, ‘we would have to admit we were wrong’.

Sue, who is also a singer, is currently recording a new album in the South of France, where she and Warren own an opulent St Tropez villa.

Moneybags hotelier Andre Balazs has lured everyone from Kate Moss to Princess Beatrice to his fashionable celebrity eaterie, Chiltern Firehouse, and his daughter, Alessandra, is proving just as seductive. 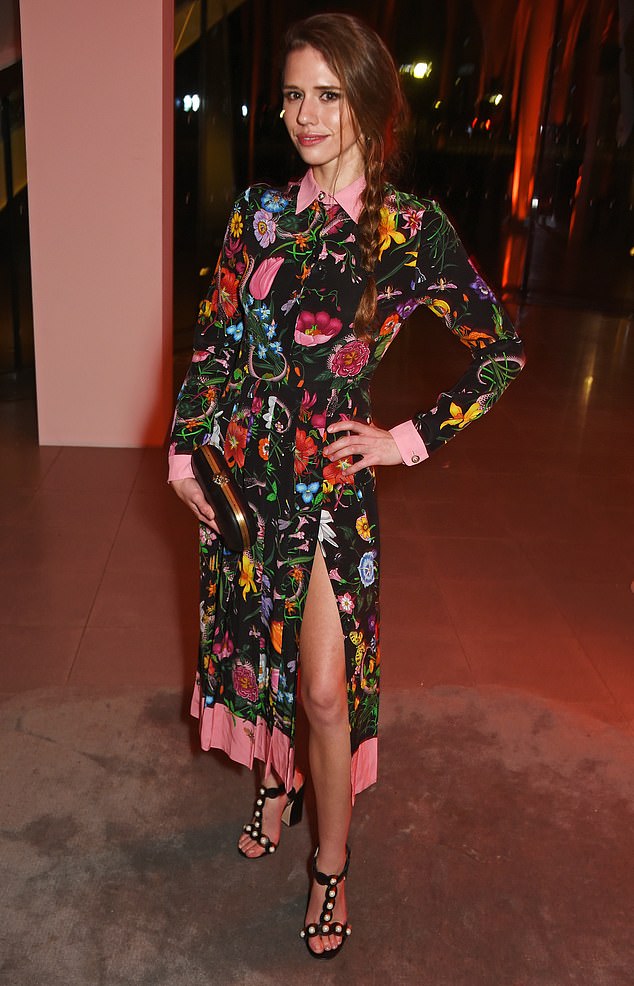 The 27-year-old actress and self-proclaimed ‘hospitality enthusiast’ is engaged to film producer Arthur, 38, after three years of courting

She has bagged one of the Duke of Sussex’s closest friends, Arthur Landon, who was with Harry on that infamous 2012 trip to Las Vegas when the Prince was photographed naked in a hotel room.

The 27-year-old actress and self-proclaimed ‘hospitality enthusiast’ is engaged to film producer Arthur, 38, after three years of courting.

She and Arthur, the son of late Brigadier Tim Landon, were the talk of a recent London party where Alessandra wore a sparkler on her ring finger. But she’s not afraid to get her hands dirty, confiding: ‘I’ve worked in every hospitality position you could imagine, from housekeeper and staff canteen dishwasher.’

Her mother, Andre’s ex-wife Katie Ford, is a former modelling agency boss. ‘When I started being able to dress myself, I was inspired by my summers in Saint-Tropez,’ Alessandra says. ‘I went through a nudist phase where I refused to put any clothing on.’

Bewitching as psychopathic assassin Villanelle in the BBC’s hit drama Killing Eve, Jodie Comer has Hollywood at her feet.

But her Liverpudlian family are determined to ensure the actress’s tootsies remain firmly on terra firma. 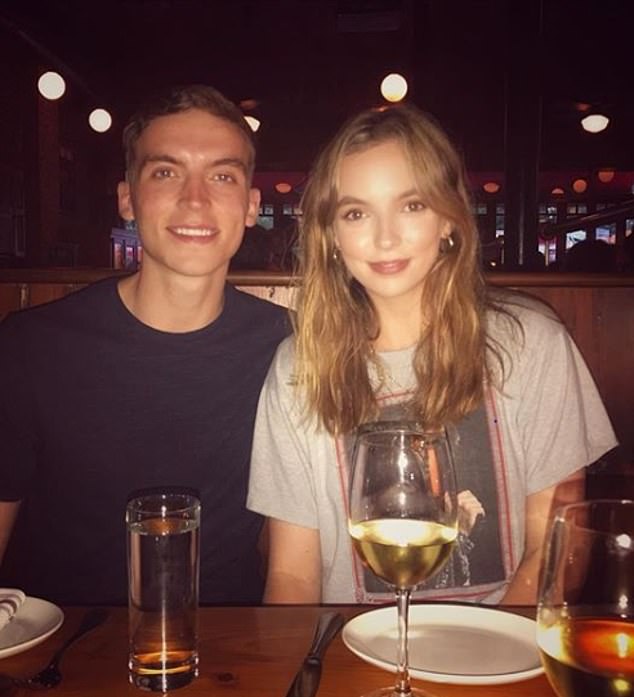 Jodie, 26, has taken her younger brother, Charlie, with her to Boston, Massachusetts

I hear that Jodie, 26, has taken her younger brother, Charlie, with her to Boston, Massachusetts where she’s shooting action comedy Free Guy with Ryan Reynolds.

Charlie works as an analyst for Huddersfield Town FC.

A family friend tells me: ‘Jodie’s mum, Donna, wanted Charlie to go with her to make sure she looks after herself and didn’t get into any bother.

‘He’s loving it and it’s no skin off his nose.’

Some cheering news for the Earl of Cardigan, arrested in Wiltshire this week after allegedly failing to stop after a car crash. His daughter, singer Bo Bruce, left, has given birth to a daughter. 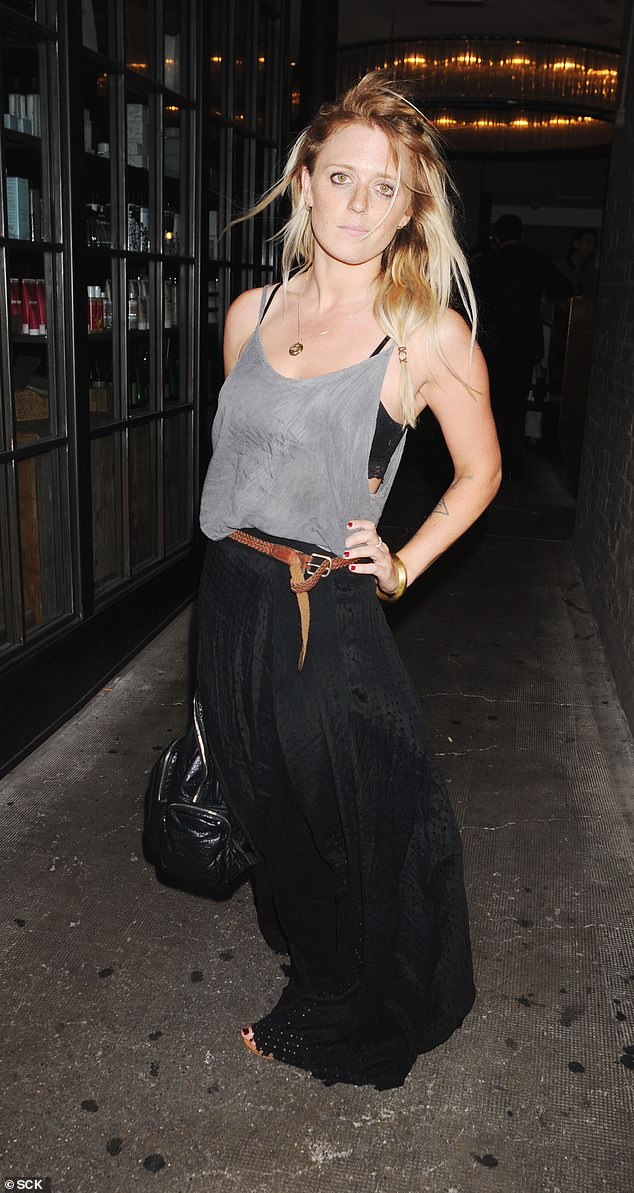 ‘She was born at 4am on the kitchen floor,’ Bo