Stalker chef, 25, who used Snapchat to trace ex-girlfriend's movements so he could repeatedly bump into her 'by chance' is given 18-month restraining order Craig Scattergood, 25, used the app's Snap Map feature to trace her movements The chef, from Bournemouth, followed ex Millie Searle and left her 'intimidated' He admitted stalking and was handed an 18 month restraining order  Snap Map was introduced in 2017 to allow users to share location with friends

By Ed Riley For Mailonline 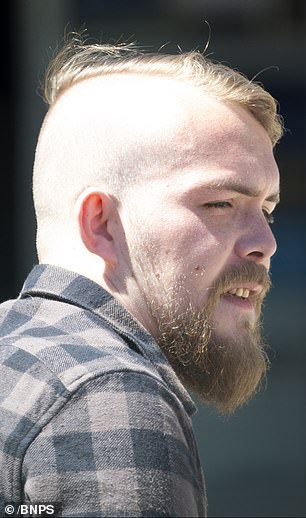 Craig Scattergood, 25, (pictured) of Bournemouth, Dorset, used a controversial feature on the social media app to track his ex-girlfriend

A jealous ex-boyfriend who stalked his former partner by using Snapchat to trace her movements has been given a restraining order.

Craig Scattergood, 25, of Bournemouth, Dorset, used a controversial feature on the social media app to track exactly where ex-girlfriend Millie Searle was.

The chef appeared outside of the 23-year-old's work late at night and repeatedly turned up in public places where she was 'by chance'.

Miss Searle said she was made to feel 'intimidated and anxious' by Scattergood's presence which was down to the 'Snap Map' feature.

Snapchat maps were introduced in June 2017 to allow users to share their location with their friends.

Magistrates heard Scattergood, who admitted stalking, used the feature during a nine-day period in February after the pair split up a month earlier.

Barmaid Miss Searle had attempted to block her ex-lover on social media, but did not remove him from Snapchat.

He drove around in his moped outside the pub where she worked at The Sandpiper in Christchurch, Dorset.

On one evening after work Scattergood followed her along the road to her parked car, and followed her on his moped for part of her commute back to Lymington, Hampshire.

The stalking was brought to an abrupt end when Snapchat emailed Miss Searle and informed her that Scattergood had been checking her location 'frequently'. 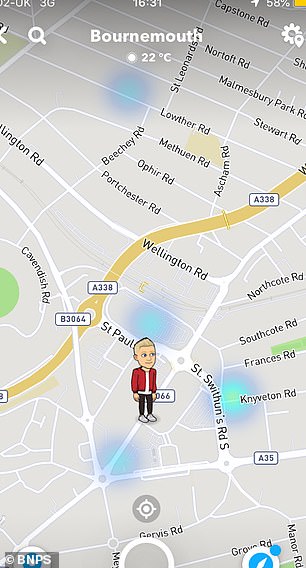 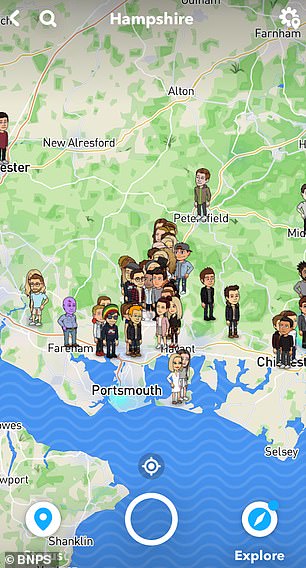 The feature (pictured) was criticised by child safety groups amid fears it would increase the rate of stalking and bullying amongst its users. Anyone who has chosen to share their location will appear on the map as an 'Actionmoji' - a cartoon avatar that changes to reflect what the user is doing

PREV Lori Vallow's doomsday preacher husband Chad Daybell appears in court
NEXT James Murdoch steps down from the board of News Corp over 'disagreements over ...