How America came to Britain’s aid again after WWII: Remarkable photos show U.S. tourists flocking to the UK on modified military bombers after the Royal Family encouraged them to visit to boost economy US tourism to Britain was stoked by the marriage of Princess Elizabeth and Philip Mountbatten in 1949  Pictures show Elizabeth visiting the Travel Associations Information Centre in London in 1949 to aid tourism Other images show US tourists seeing the sights in central London as they flew in for a whistle stop tour

By George Martin For Mailonline

Remarkable photos from over seventy years ago show American tourists flocking to postwar London fuelled by mania over the Royal Family.

Following news of Princess Elizabeth's engagement to Philip Mountbatten in 1949, thousands of tourists from across the pond came to London and helped lift the wartime gloom.

Elizabeth was married on 20 November 1947 and just a year later the 1948 Olympic Games were held in London - drawing in millions from across the world.

After her marriage the princess was tasked with aiding Britain's economic recovery from the war by encouraging more and more tourists from the US to visit.

One of the photos in the remarkable series shows her making a visit to the Travel Associations Information Centre in London in 1949 to call upon Americans to visit the British aisles for leisure.

Other images show lavish parties held to celebrate events in London and draw in crowds, such as New Year's gatherings and London fashion Week.

Nostalgic images from 1949 show crowds clamouring to refresh their wardrobes after the clothes ration was finally ended. 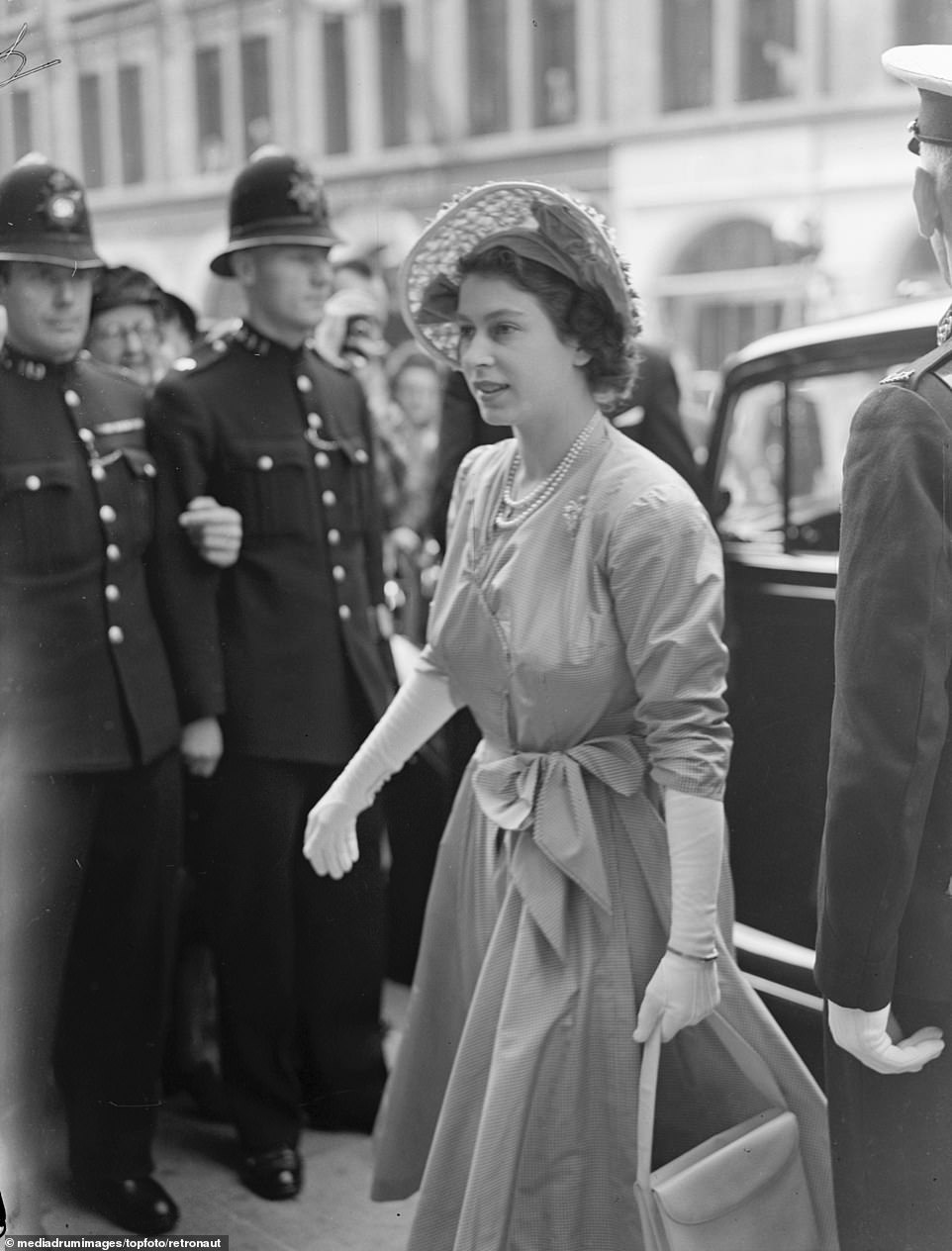 Princess Elizabeth arriving at the Travel Associations Information Centre at Whitcomb Street, London in 1949. The young Princess was there to encourage more tourism between the USA and UK as Britain and America's relationship became ever closer in the years following the Second World War. Closer ties and a blooming 'Special Relationship' meant greater number of tourists arriving in the UK 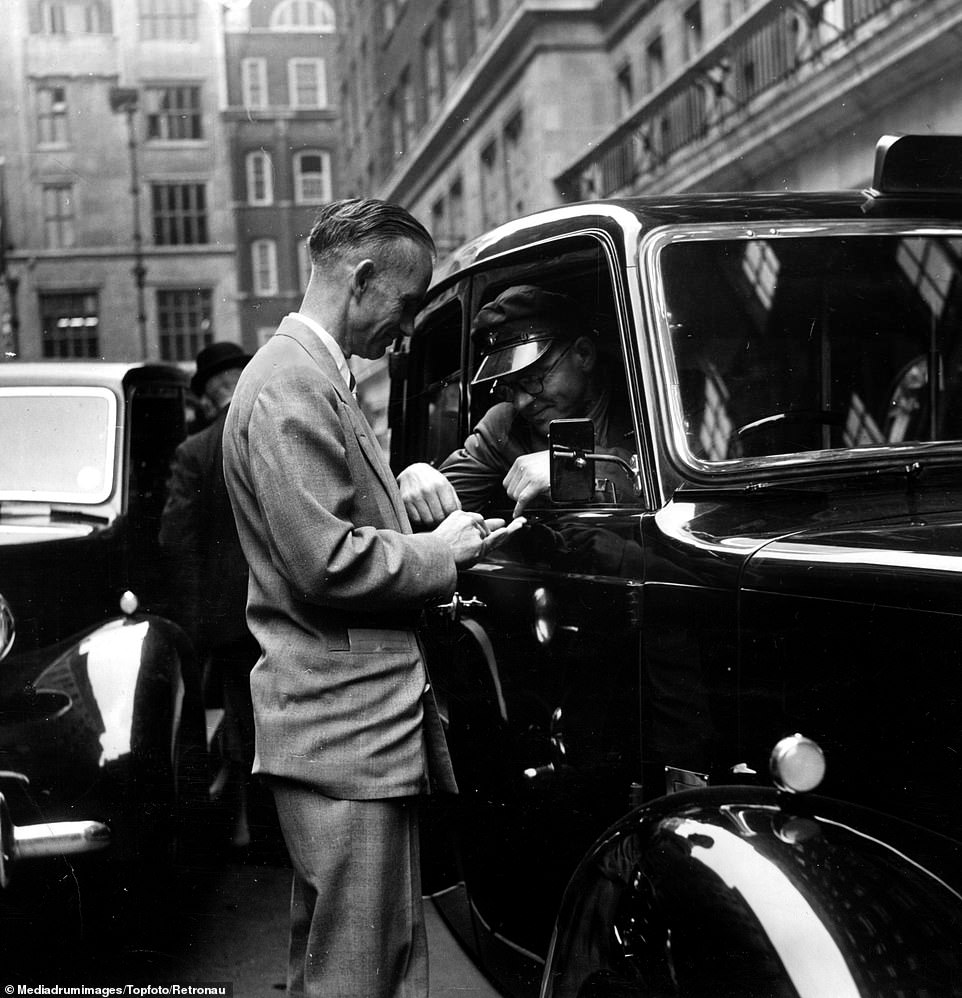 An American tourist paying a London cabbie in coins. Britain relied on American loans to kickstart its economy after the conflict since the war almost bankrupted Britain. The government secured a low-interest $3.75 billion loan from the US in December 1945. An additional $3.2 billion – which did not have to be repaid – came from the American Marshall Plan in 1948–52 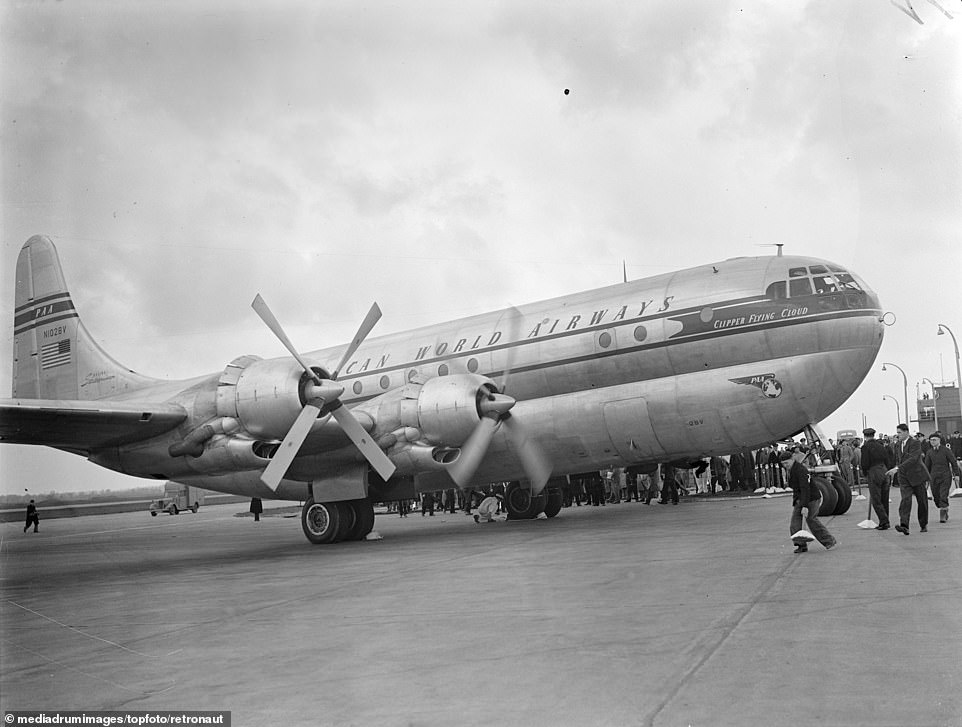 The World's largest and fastest commercial land plane, the Pan American World Airways America - Class Clipper ' Flying Cloud ', touches down at London Airport after her maiden crossing of the Atlantic on 4 April 1949. The remarkable plane was a civilian version of the B-50 bomber that flew in World War Two 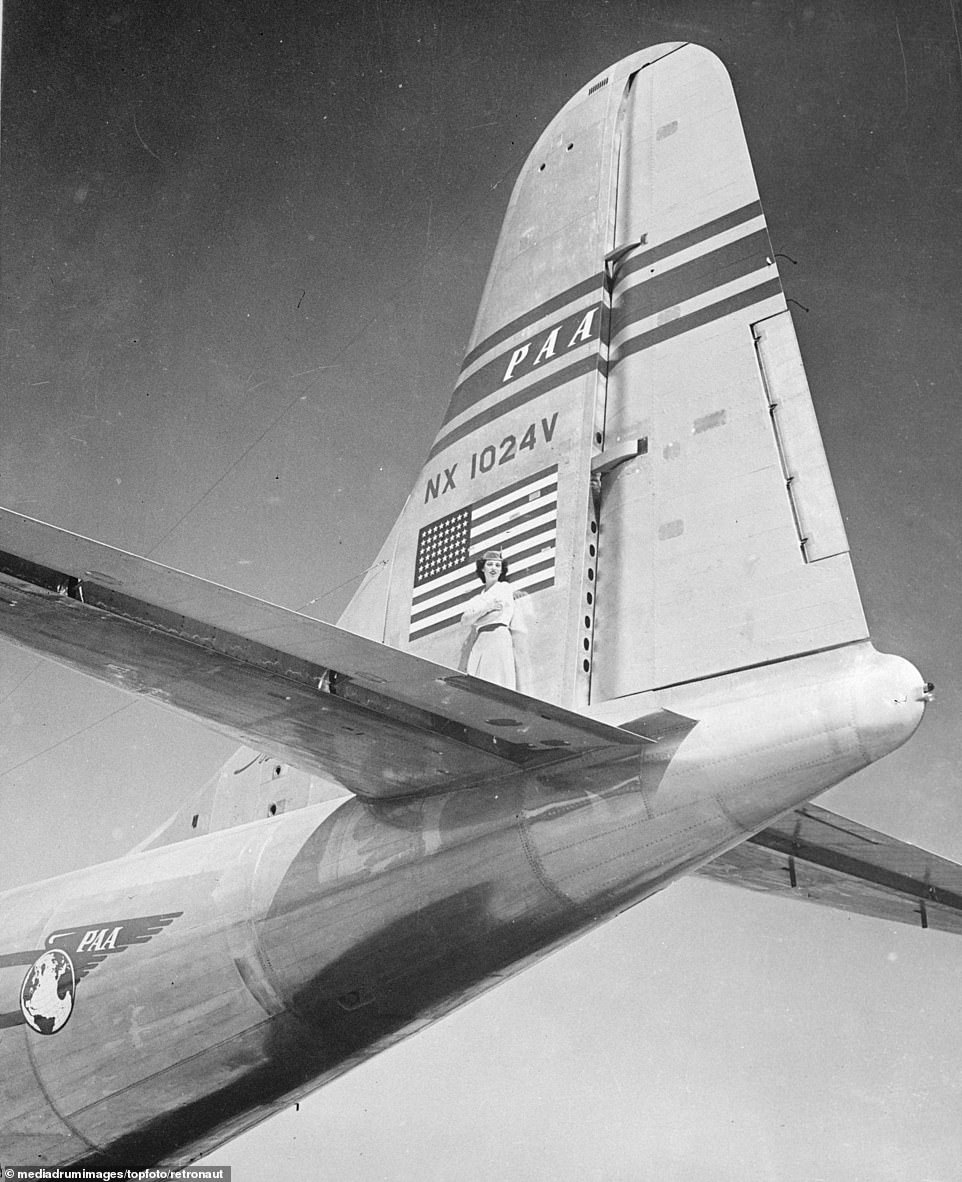 Tourism was helped by development in air travel. Pictured: A stewardess standing against the huge dorsal fin of pan American Airways new Clipper ''America'' - then the world's largest plane. It made its first flight