Thousands of people could be living in potential 'death traps' which contain  dangerous cladding that causes buildings to go up in flames.

The NSW Cladding Taskforce identified a staggering 629 buildings across New South Wales as being high risk, according to the Parramatta Advertiser.

Of the 171 at-risk buildings in Parramatta, in Sydney's west - 125 are residential and 46 are commercial, Fire and Rescue NSW found.

However the exact buildings at risk remain a mystery for now, as council and the taskforce refuse to reveal the locations for legal reasons.

It's believed there's at least 31 'high risk' buildings in Wentworth Point, which falls in the local government area of City of Parramatta. 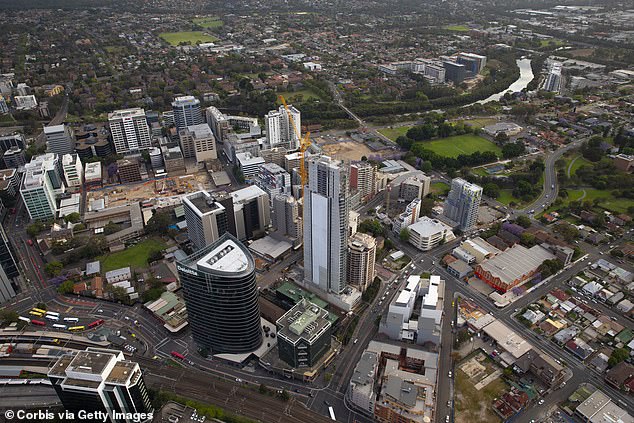 It's been revealed 171 buildings across Parramatta, in Sydney's west, are at risk of containing flammable aluminium composite cladding 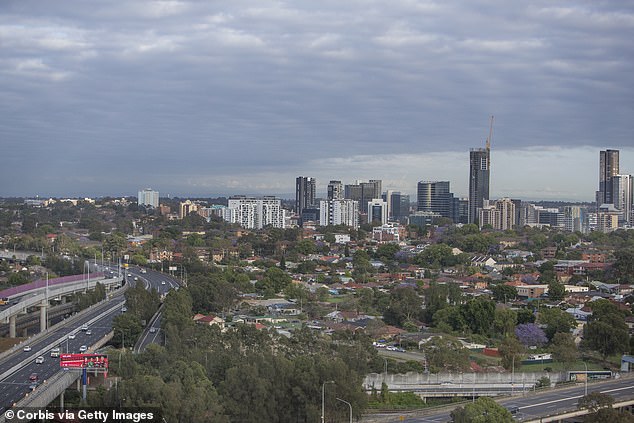 One of the most concerning aspects to come out of the report was the 'alarming' number of fire safety related defects in the wake of the devastating Grenfell Tower blaze in London, which claimed 72 lives in 2017.

Many buildings are at risk of becoming towering infernos with fire-protection defects identified as the most common.

Defects were found in 71 per cent of inspected apartments in Queensland with each building recording an average of 12 ­defects.

One in three apartment buildings in Queensland had serious water penetration. 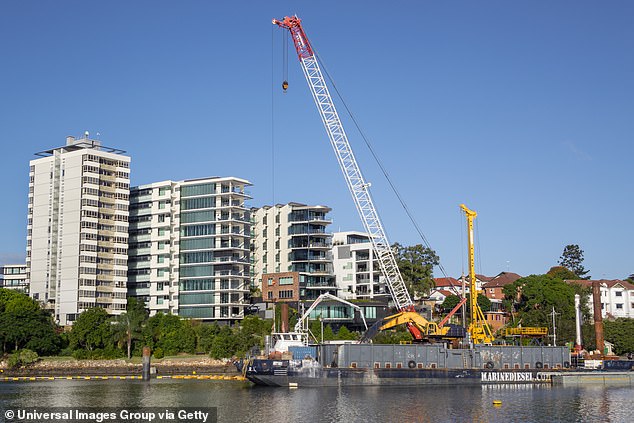 At the end of June, defects were found in 71 per cent of inspected apartments in Queensland, according to an alarming new report (stock image)

In the wake of the recent Opal and Mascot Tower fiascos in Sydney, where structural defects caused mass evacuations, 97 per cent of buildings inspected in NSW had at least one defect with an average of 16 per building.

The Hills Shire Council - which neighbours Parramatta - has 63 buildings currently under investigation, while nearby council Ryde have 17.

Parramatta Lord Mayor Andrew Wilson said combustible cladding is a large concern for the city, the high number of buildings with it didn't surprise him.

'The number of buildings with this material are shocking - and all I can tell you is we're working on it,' Cr Wilson said.