The NHS has failed to recover the costs of almost three-quarters of the largest bills run up by ineligible foreign health tourists, The Mail on Sunday can reveal.

And an investigation has established that the Health Service has simply written off a quarter of all the bills for more than £10,000 sent out over the past five years.

The figures make a mockery of repeated Government attempts to crack down on the scandal which is estimated to cost the NHS up to £280 million a year.

As campaigners last night urged the NHS to get a grip on the problem, the scale of non-payment was described as a disgrace. 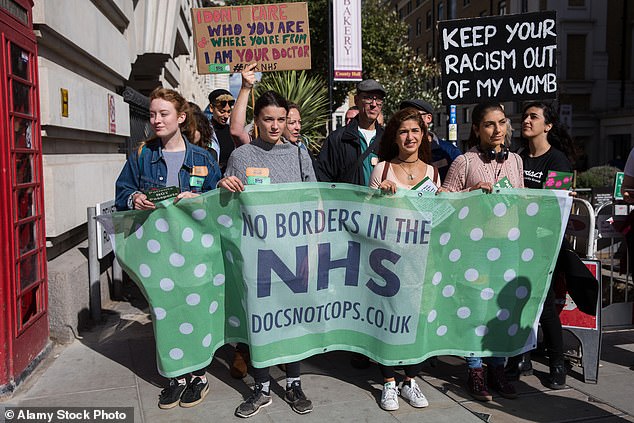 'This is an insult to those working hard in the UK who pay their taxes to fund our NHS,' said Tory MP Andrew Percy.

'Worse still, the BMA and some doctors defend these debt-dodgers who deny the NHS money that should be going to support patients here in the UK.'

A single patient ran up a bill of £419,934 at a hospital in Birmingham, but the NHS has recovered nothing; 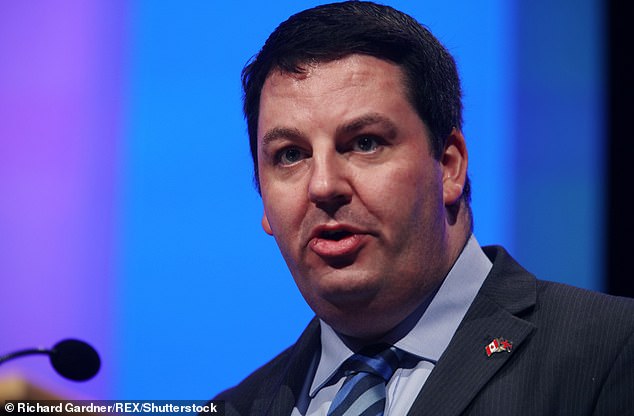 'This is an insult to those working hard in the UK who pay their taxes to fund our NHS,' said Tory MP Andrew Percy (pictured)

Scores of patients have failed to pay a penny towards care costing £100,000 or more, including 14 at one hospital alone;A man from the oil-rich United Arab Emirates received a £120,000 kidney transplant courtesy of the NHS, which he has not paid for;A Midlands hospital trust has failed to recover costs from patients from 26 foreign countries, including Canada and China; 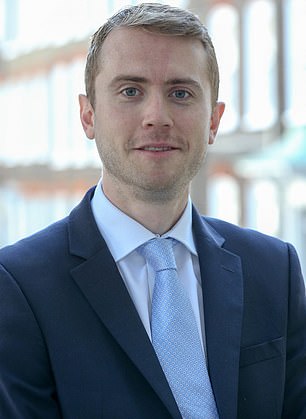 John O'Connell, chief executive of the Taxpayers' Alliance, said that taxpayers feel the NHS system is abused by overseas patients

Pregnant 'students' and migrants with chronic health problems are flying to Britain and paying a health surcharge for as little as £300 to access care worth thousands.

The findings come two months after we revealed how much-publicised plans to routinely check whether or not patients are eligible for 'free' non-emergency hospital care had been quietly shelved after a backlash from Left-wing activists and medics. To be eligible, patients have to live permanently in the UK.

At the time, Government officials said the focus of efforts had shifted from checking patients to recouping cash from those already billed.

In response, The Mail on Sunday asked each of England's 148 hospital trusts to provide data on all invoices worth £10,000 or more that had been presented to overseas visitor patients in the last five years.

That same month, June, delegates at the BMA's annual conference passed a motion proposing that it was 'not cost-effective to monitor eligibility for NHS care' and calling for 'the policy of charging migrants for NHS care to be abandoned'.

Revealed: The visas that grant access to all NHS services - for £300 a year

A flagship scheme under which temporary migrants can pay as little as £300 a year for full NHS care is being routinely abused, according to a Health Service whistleblower.

Foreign nationals with chronic conditions such as renal failure are using the Immigration Health Surcharge to access treatment that would otherwise cost them tens of thousands of pounds, the insider claimed.

Young pregnant women on student visas also use the IHS to benefit from an NHS birth worth up to £14,000.

The IHS – which costs £400 or £300 for students – was introduced four years ago to ensure migrants make a financial contribution to the cost of their NHS care.

While it works like health insurance, there is no vetting and pre-existing conditions are not excluded – leaving it open to exploitation.

The whistleblower, who works as an NHS 'overseas visitor manager', said: 'Where else in the world can you buy yearly healthcare… for a few hundred pounds? The result shouldn't really be a surprise. My colleagues and I suspect our hospital has treated dozens of patients in the last year with expensive, long-term conditions who have entered the UK principally to access NHS treatments by paying the surcharge – and we're just one hospital out of hundreds.

'Dialysis is one area where this is happening. Imagine you have renal issues, need dialysis three times a week, but live in a country with poor healthcare. If you have relatives in Britain, you can get a family visa, pay the IHS, and for £400 a year get ongoing treatment to the tune of about £1,000 a week.'

She added: 'We see young women on student visas who were clearly pregnant well before they got here. When we ask, 'Are you attending college?' they say, 'No, because I'm pregnant.'

Until January, the IHS was £200 a year and £150 for students. The cost doubled after officials calculated 'the NHS spends £470 on average per person per year on treating surcharge payers'.

The IHS must be paid by most non-EU nationals who want to stay here for more than six months. It gives them free NHS treatment for the duration of their stay.

The Health Department says it has helped raise hundreds of millions for the NHS.

And London GP Dr Jackie Applebee, a socialist activist who has led local opposition to patient checks, said the cost of health tourism was 'peanuts in the grand scheme of things'.

Yet at the same meeting, members of the doctors' union complained about how 'recent past, present and future underfunding' had left ambitions to improve the NHS 'largely unachievable'.

The total value is £46.6 million, but this is likely to account for only around a third of the totals billed by these trusts because most bills are for three and four-figure sums and the average charge is around £3,000.

Given the lack of data from 65 trusts, the figure is likely to be far higher. London's Barts Health NHS Trust, which did not respond, last year revealed that it alone was owed £20 million in unpaid overseas visitor bills.

Analysis of the full requested itemised billing and repayment information provided by 77 trusts shows just 29 per cent of invoices over £10,000 have been paid in full, or nearly full; 25 per cent have been written

PREV Enormous black Eastern Rat Snake seen at NYC subway stop
NEXT James Murdoch steps down from the board of News Corp over 'disagreements over ...