Lawn bowling could be on the way to becoming trendy, thanks to the Duchess of Sussex taking a keen interest in the quintessentially English sport.

Meghan Markle apparently made a surprise visit to the Royal Household Bowling Club, located just next to her Frogmore Cottage home on the Queen's Windsor estate, and is said to have been taken with the sport after observing it from her upstairs window.

One source told The Sunday Express: 'Meghan remarked to the two players how elegant the game looked.' 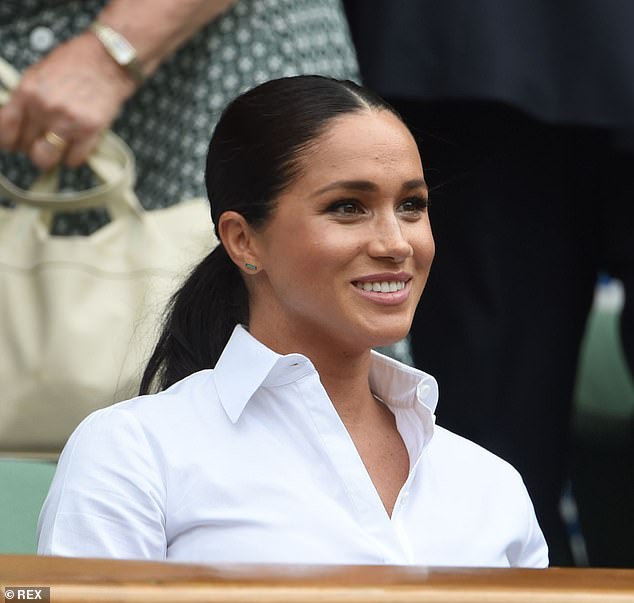 Bowled over: Meghan Markle is said to have taken an interest in 'elegant' sport of lawn bowls

It's not the first time that the manicured lawns of the Royal Household Bowling Club have welcomed a royal visitor.

In  2013, members of the Brimfield and Little Hereford Bowling Club, were delighted when the Queen stopped by to watch their match from the sidelines, before chatting to the players and posing for photographs.

At the time, Brimfield player David Evans, 57, said: 'It was a total surprise to the team.

'She told us she had taken some fresh air and asked if it was okay for her to watch the game.

'We were absolutely delighted and it being our 25th anniversary tour made the day even more special for us.

'She was very relaxed, we formed a guard of honour and we were introduced to her.' 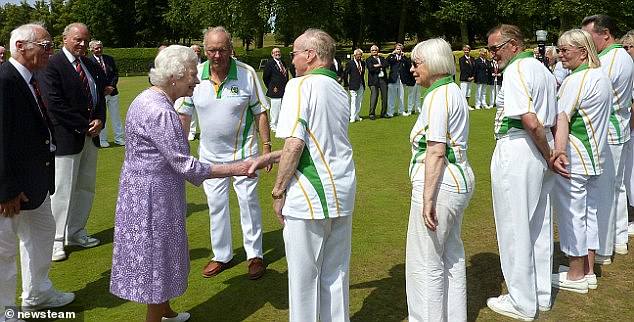 Surprise visit: The Queen also stopped by at the Royal Household Bowling Club in 2013 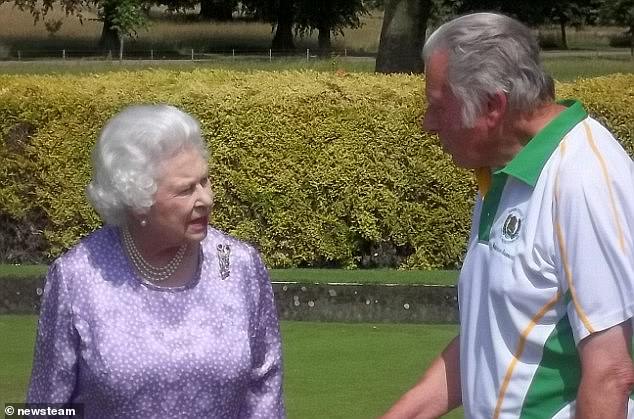 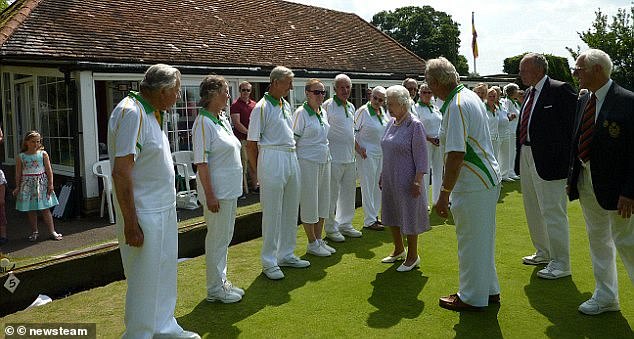 Guard of Honour: Her Majesty took her time to watch the game before meeting all the players

Adding that Her Majesty visited on the same day as England had been victorious in The Ashes, he said: 'As she came along the line, one of our players, Jim Allen, told her about the cricket score, which had finished just a few minutes earlier.

'She seemed delighted and said how her policemen had been keeping her updated, we are sure she gave a slight fist pump at the news.

'She watched us play