At about 4pm on Wednesday, Boris Johnson will be driven through the gates of Buckingham Palace, ushered in to see the Queen, and be formally appointed the 55th Prime Minister of the United Kingdom. And at 4.01pm, his honeymoon as PM will be over.

‘We’re still working on the exact timing,’ one of a number of rebel Cabinet Ministers explained to me, ‘but we’re going to be resigning as a group before Boris walks into Downing Street. We think it’s important to make that statement.’

The European Research Group ‘Spartans’ are planning to give him a little longer. ‘Theresa May spent two years betraying us. Boris hasn’t got that long,’ a prominent ERG member said. 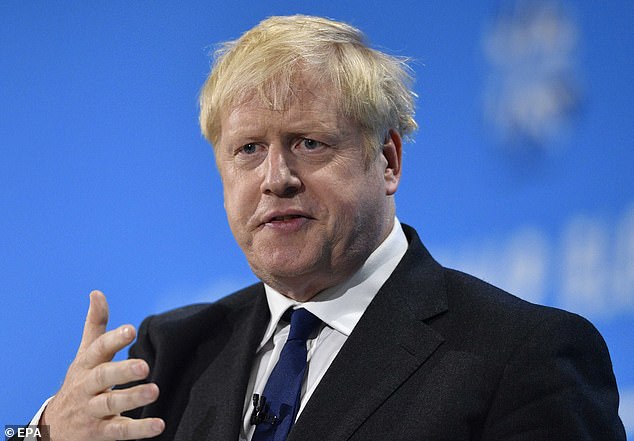 Despite the caricature of the self-serving dilettante, Boris enters No 10 with more senior ministerial and governance experience than either Tony Blair or David Cameron had when they took office

‘He’s got until October 31. I don’t believe he’s thinking of shafting us. But if he does, it’s going to be a very short premiership.’

Boris’s opponents across the Commons are hoping to make it even briefer. ‘We’re preparing for an early no confidence vote,’ a Labour MP told me.

‘Our strategy is going to be to paint him as Britain’s Trump and reach out to Tory moderates. And if they lose the Brecon and Radnorshire by-election on August 1, we think we could make it very, very dicey for him.’

This is the situation Johnson’s transition team – comprising his Chief of Staff Sir Edward Lister, Health Secretary Matt Hancock and Cabinet Office Minister Oliver Dowden – have been prepping for: one where their man enters No 10 with enemies to the left of him, enemies to the right of him and enemies in front of him. 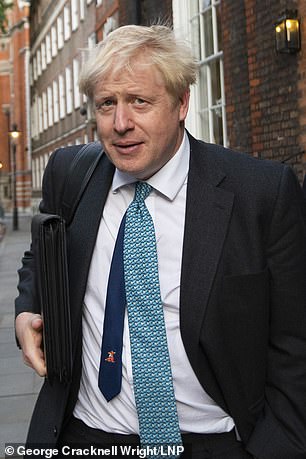 At about 4pm on Wednesday, Boris Johnson will be driven through the gates of Buckingham Palace, ushered in to see the Queen, and be formally appointed the 55th Prime Minister of the United Kingdom. And at 4.01pm, his honeymoon as PM will be over

But the eight separate ‘work streams’ they’ve been managing – covering everything from the first moves on Brexit to the daily management of the Downing Street grid – did not account for last week’s dramatic act of international piracy perpetrated in the Persian Gulf.

The capture of the Stena Impero has sent shockwaves through Westminster – partly because of the sheer audacity of the seizure – but primarily because, as one MP said to me, ‘this has just made it real.

‘It’s actually happening. Boris will take over and the first thing he’s going to be doing is trying to prevent World War Three.’

In the hours after the news broke, there was a mini nervous breakdown within Tory ranks.

Some Ministers began speculating that the transition from May to Johnson might have to be postponed.

‘British democracy doesn’t go on hold because of an act of piracy,’ an ally said robustly. But things have indeed ‘got real’. This is no longer a Westminster parlour game.

Boris Johnson is about to ascend to the highest office in the land at a moment of unprecedented domestic and international crisis. Which means his opponents, his supporters, and – most importantly of all, Boris himself – are all going to have to grow up.

At some point in the future, there will need to be a process of national reflection over our current political situation.

As one Minister said: ‘How is that in a nation of 70 million people, we’ve ended up with Boris Johnson as Prime Minister and Jeremy Corbyn as the alternative?’ 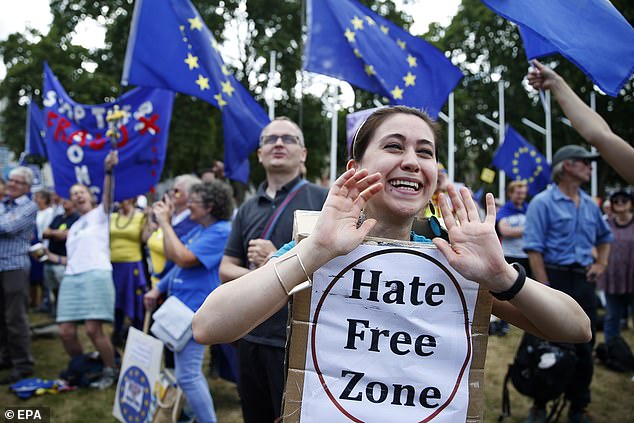 As ever, Brexit has blinded people to reality. Johnson announced in the Tory leadership election that he plans to introduce an amnesty for illegal immigrants. He has been resolute on abortion and gay rights. People are pictured at a 'No to Boris' protest this weekend

But we are where we are. Whatever flaws accompany Boris as he walks through the famous black door, he also has strengths. And they must now come to the fore.

One of the most significant is that he is not his predecessor. Historians will be kinder to Theresa May than her contemporaries. But that’s not saying all that much. There is something brutally appropriate about the current crisis marking the end point of her time in office.

Mrs May’s decency and sense of public service cannot be allowed to mask the chronic dysfunctionality of her premiership.

As one observer said: ‘We’ve been caught napping’. A Minister told me it didn’t require ‘a genius’ to work out what the response would be after Royal Marines