Passengers praise 'hero' who stepped in to confront drunken man hassling a boy in racism row on London's Tube The 'abusive' passenger was branded 'racist' by a young man he was rowing with  Video appears to show him saying 'you're a citizen here for some reason' The brave bystander launches a blistering slap-down on the drunken man  His intervention was reportedly met with cheers and applause from passengers  **Did you see what happened? Email [email protected]**

This is the heroic moment a Tube passenger stands up to a drunken man who was allegedly abusing a boy.

A cacophony of applause reportedly erupted inside the London Underground carriage yesterday following the brave bystander's blistering slap-down of the boozed-up passenger.

Video footage shows the broad-shouldered witness leaping to the defence of the young man who was seen rowing with the ranting older passenger. 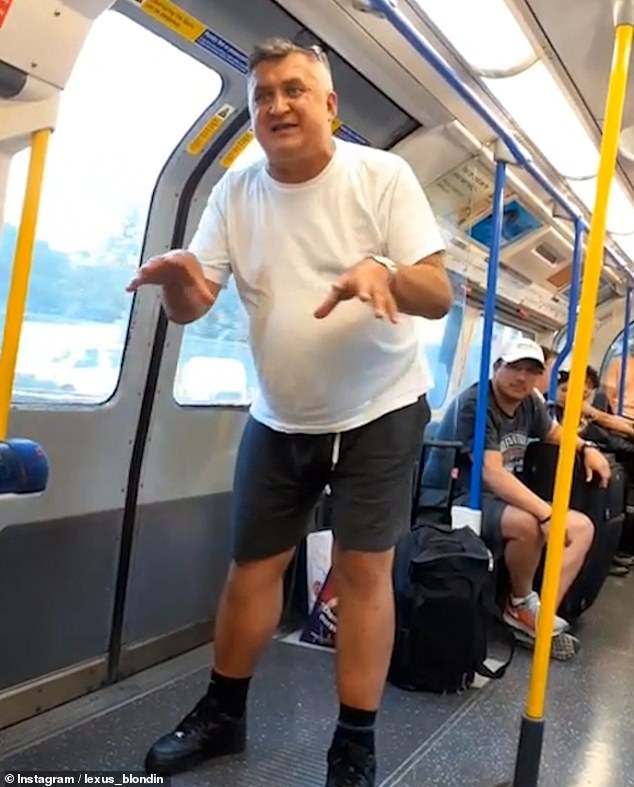 The older drunken man, dressed in shorts and a white t-shirt, rows with a younger passenger who brands him a racist 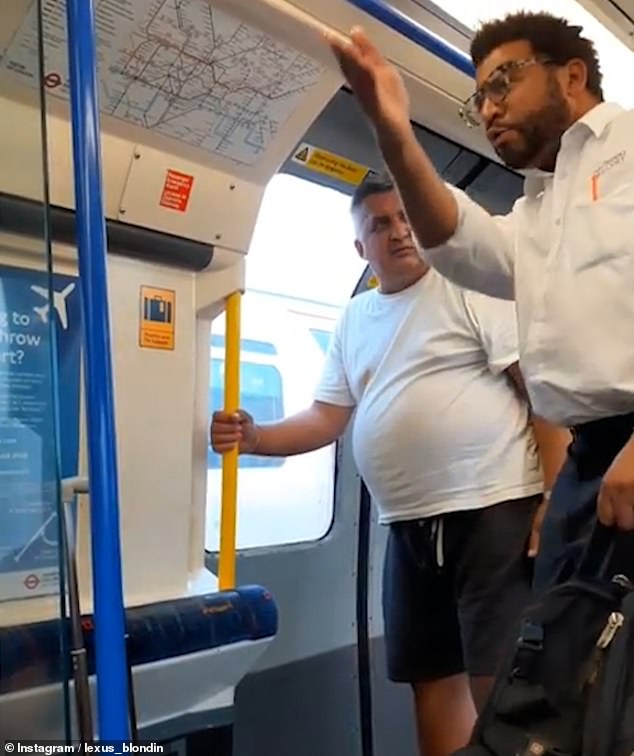 The man who stepped in said: 'You need to shut up, you've been disturbing this boy for a long time and we're all getting f**** off with you.

He adds: 'We're all sitting there calm, and someone has to say something to you because