The distressed family of accused Sydney CBD knifeman Mert Ney have arrived home in dramatic scenes after the property was raided by police at midnight last night.

Relatives, including the man's sister, returned to the family home in Marayong, in the city's west, about 10am on Wednesday.

One relative shielded her face with her handbag before she was dragged inside.

'I'll say things after ... you guys are going to have to wait,' one of the accused knifeman's two sisters said.

Sydney was thrown into chaos on Tuesday afternoon when Ney, 21, stormed through the centre of the city brandishing a large kitchen knife, allegedly stabbing one woman in back before being taken down by heroic bystanders.

A sex worker, 24, was later found with her throat slashed inside her apartment on Clarence Street after Ney had made an appointment to meet with her at 1.30pm.

Ney was then seen on CCTV footage leaving the building at 1.50pm.

The dead woman's neighbours said they were shocked by the gruesome killing, and did not hear a thing. 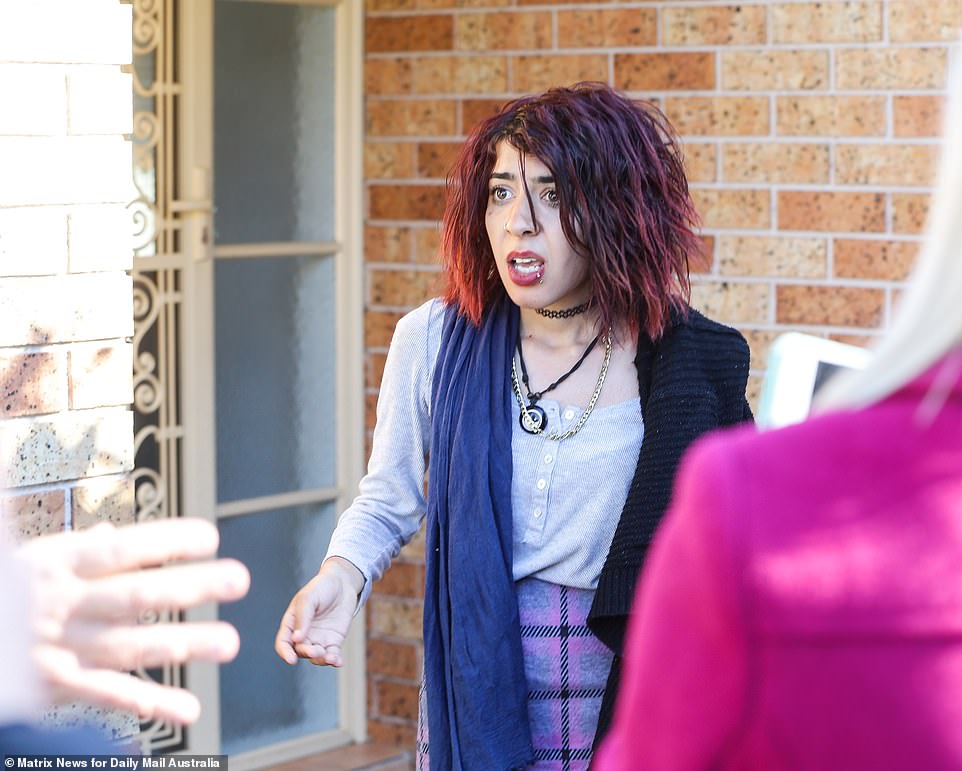 'I'll say things after ... you guys are going to have to wait,' one of the accused knifeman's two sisters said, lashing out at media 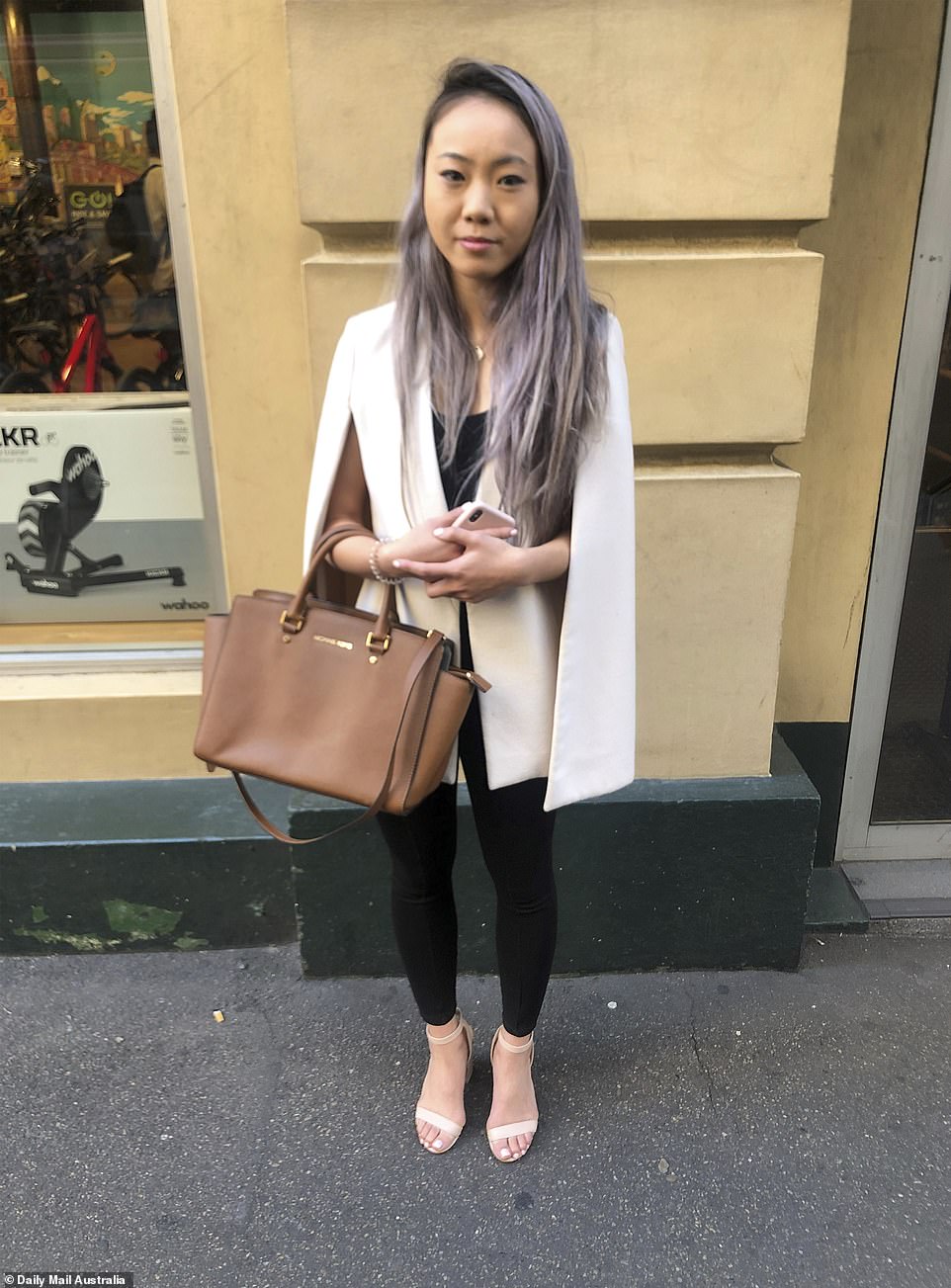 Sindy Tang (pictured), who lives on level three of the building where the dead woman was found, had been at work during the ordeal and returned home on Tuesday night to find police surrounding the building 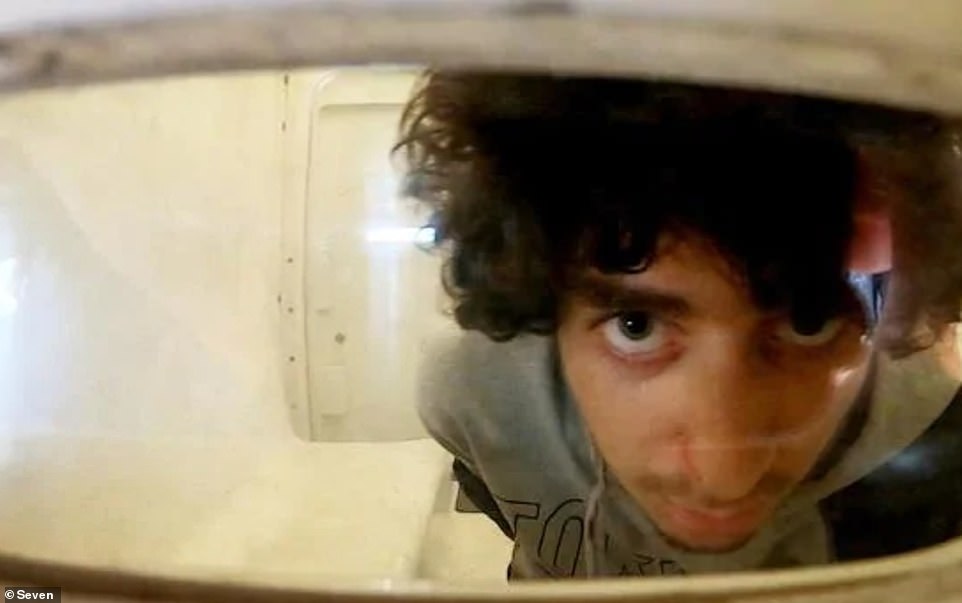 A sex worker was later found with her throat slashed inside her central city apartment (Pictured, her neighbours apartment)

Sindy Tang, who lives on level three, had been at work during the ordeal and returned home on Tuesday night to find police surrounding the building.

She told Daily Mail Australia she was worried at first when she saw the news but claimed she does not feel unsafe living in the building.

'It's a bit scary because you move into the city thinking you're going to be nice and safe and close to work and stuff and I guess anything can happen anywhere.'

She said she did not know the woman who was killed and was unaware of any sort of sex-trade happening in the apartment next door. 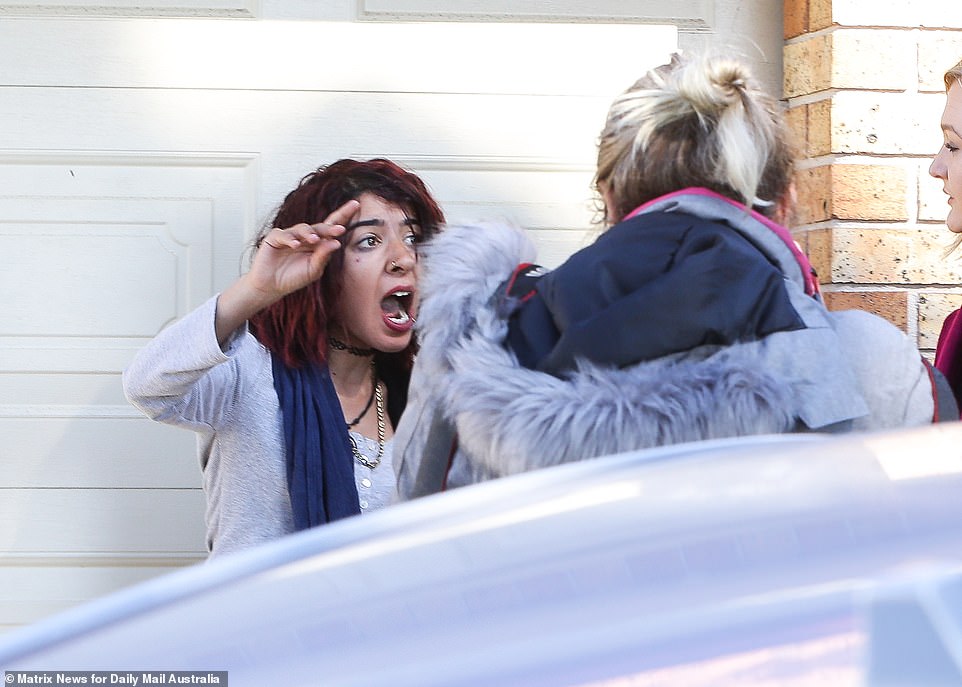 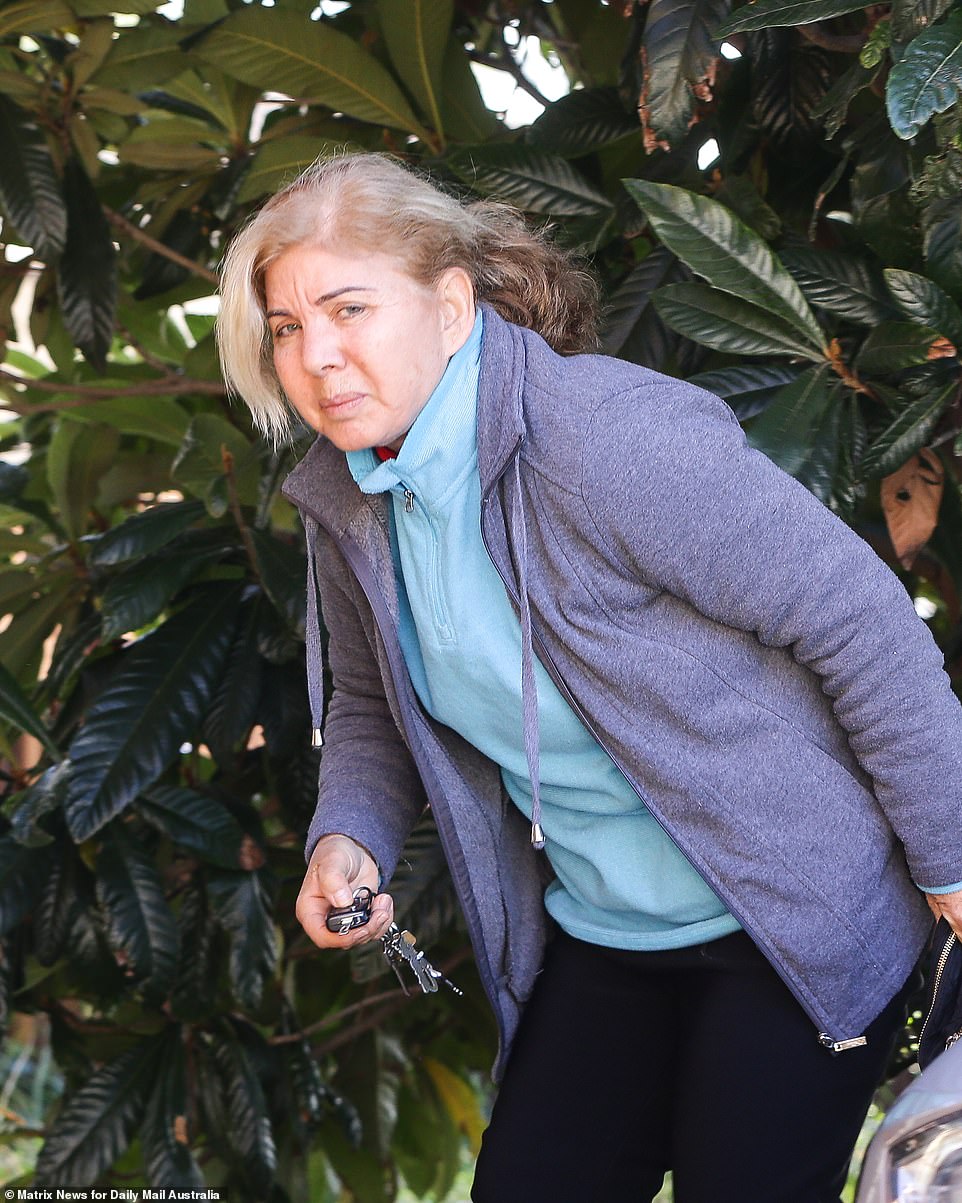 Relatives (pictured) appeared distressed as they made their way inside their home following Tuesday's incident, where one woman was stabbed and another was killed

Neighbours of the 24-year-old sex worker were shocked when they heard of the gruesome killing, many claimed they did not hear a peep on the day she died

She said it was mainly office workers and families coming in and out of the building.

Kukti, who also lives in the building, said she was still struggling to comprehend what had happened.

Kukti said the apartments were nice inside, and most of her neighbours were quiet. She said she hadn't met the woman living next door, and didn't know her name.

The woman said she had come home for lunch on Tuesday afternoon at about 1.30pm. 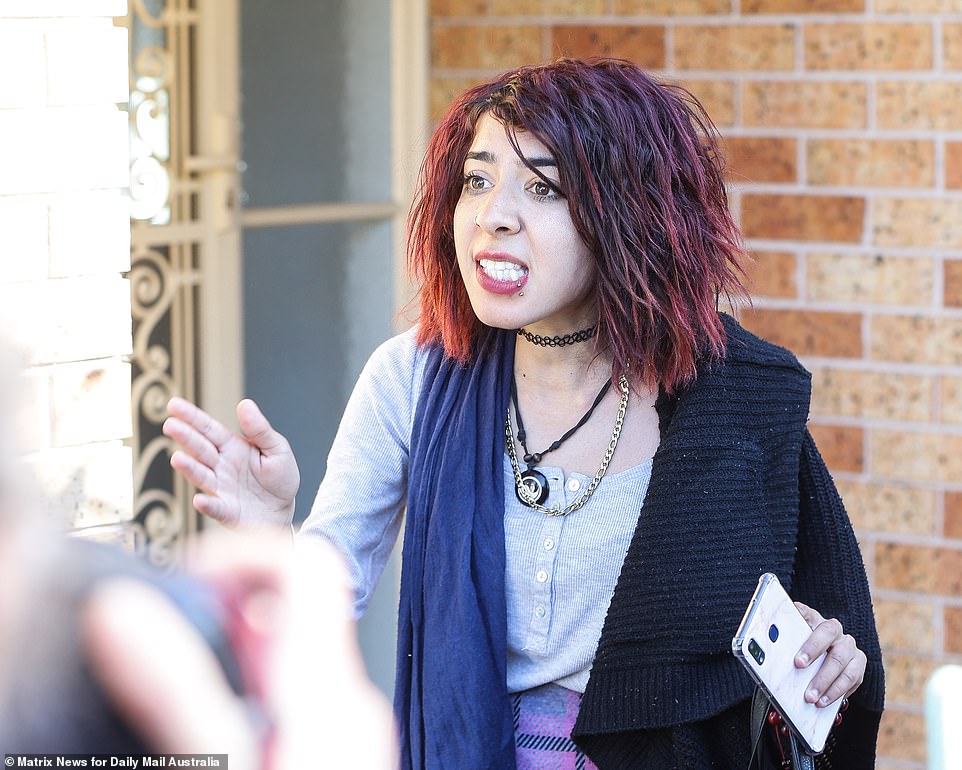 One woman lashed out at reporters saying: 'I'll say things after ... you guys are going to have to wait' before she returned inside 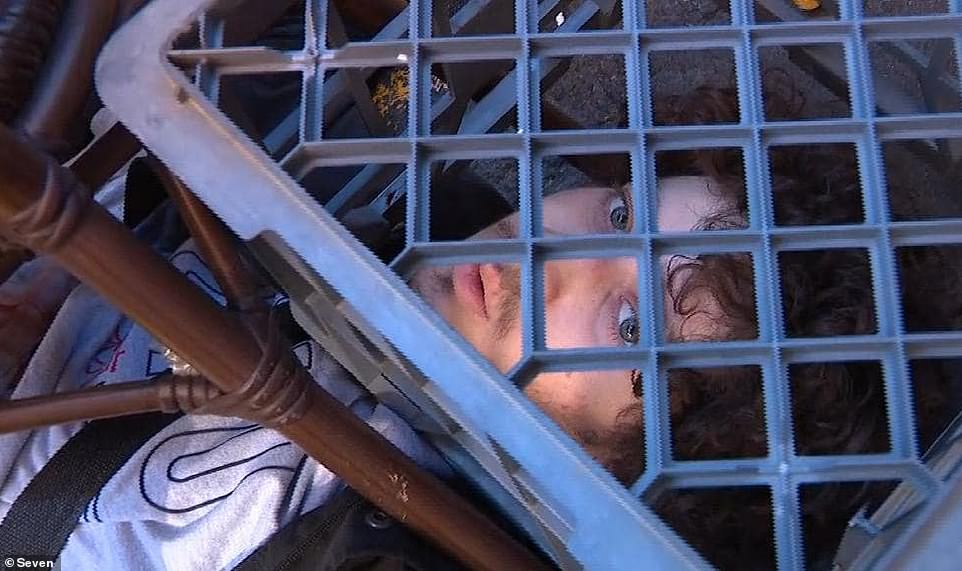 During this time, she said she heard nothing coming from next door, and had no idea of the chaos that was about to unfold.

Officer workers ran in terror as the bloodied knifeman ran through the street yelling 'Allahu Akbar'.

Ney was detained at about 2pm as heroic bystanders made a citizens' arrest, and police were soon on the scene. He has been in hospital under police guard and is yet to be charged.

Ney has been described as a 'quiet loner' who 'spent all day on the computer', with western Sydney locals confessing they never would have expected such violence from him.

Ney lived with his Turkish-Cypriot mother and his two sisters and was 'not much of a talker.' 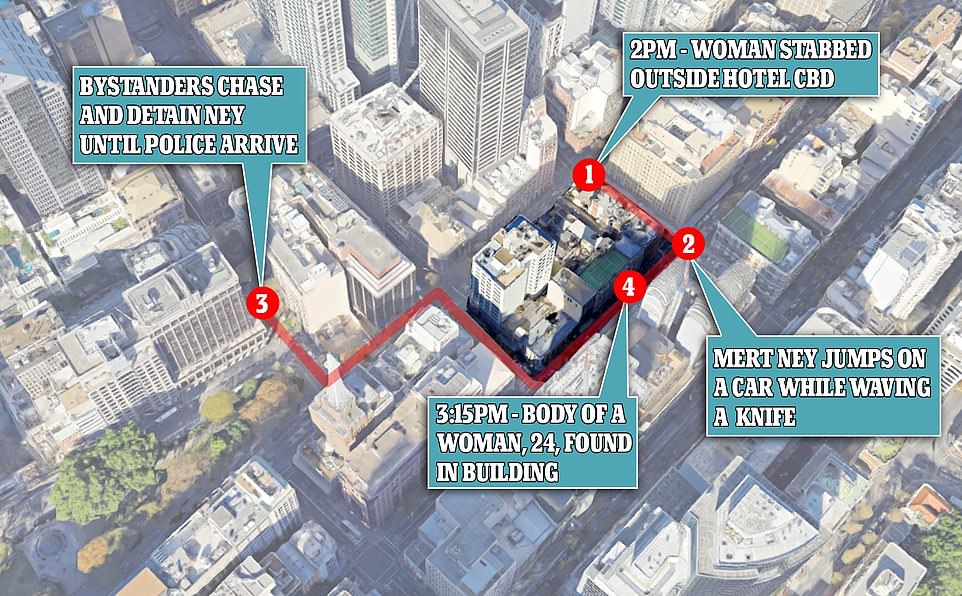 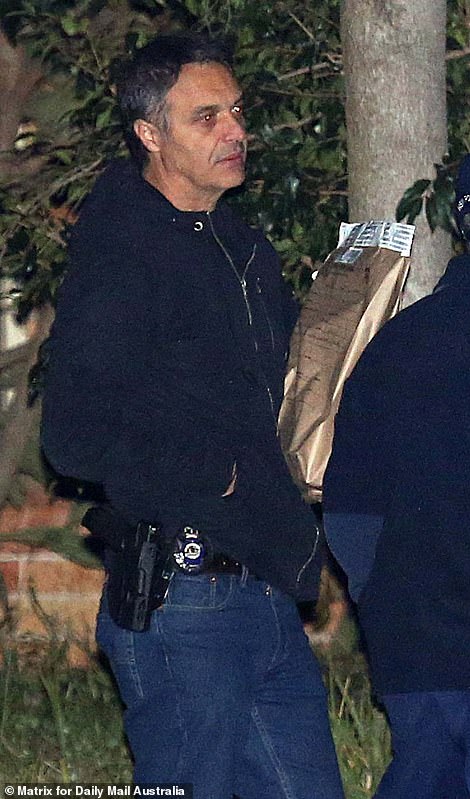 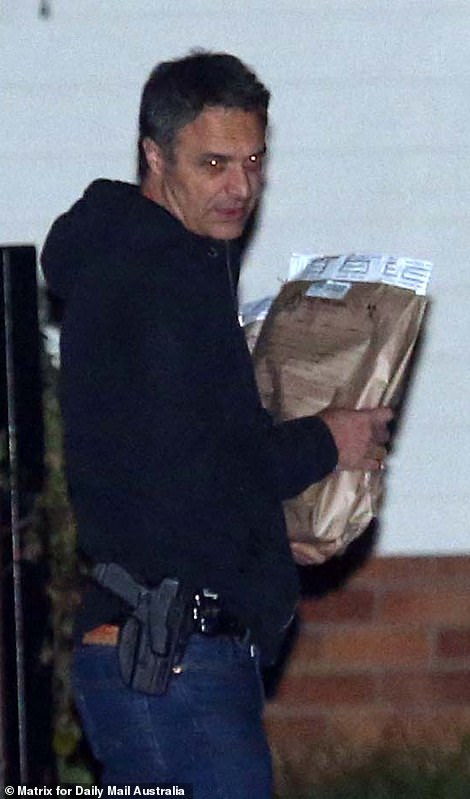 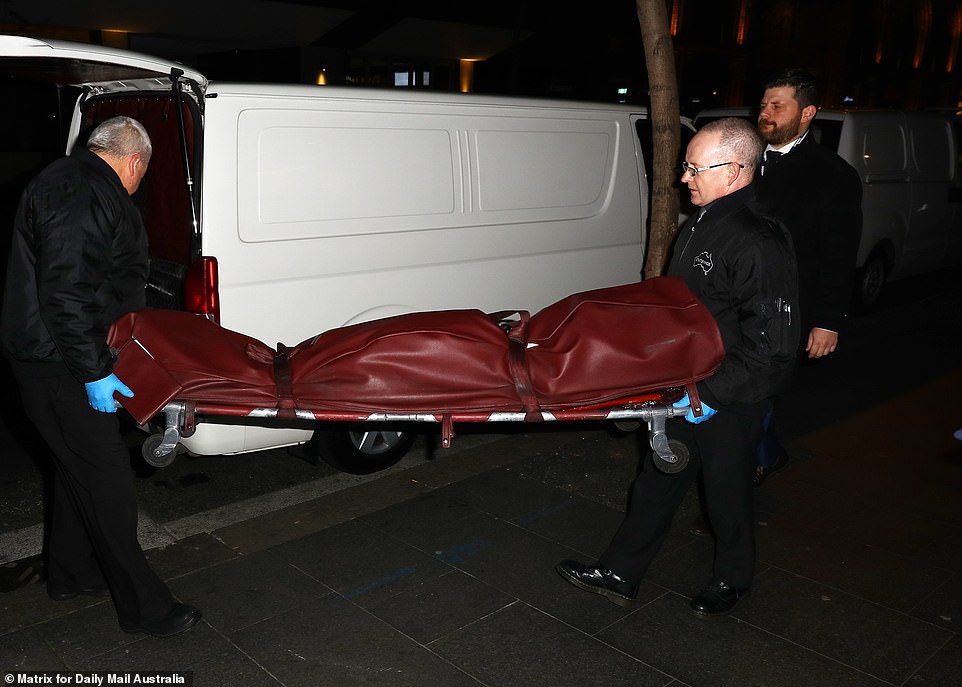 Ney stands accused of shutting down Sydney's CBD during a terrifying rampage that left a 24-year-old sex worker dead. The woman's body is seen being taken from her home

A school photo taken of him in Year 8, showing the teenager smiling in his Blacktown Boys High School uniform. 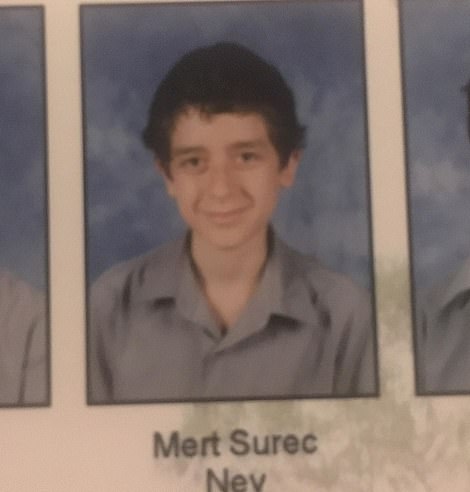 Ney grew up in a brick home in Marayong, near Blacktown in Sydney's west, the middle of three siblings and the son of Turkish-Cypriot parents.

'He was not much of a talker,' said Reen Elomari, who went to primary school with Ney at Marayong Public.

Another man who went to high school with Ney told Daily Mail Australia his former classmate recently converted to Islam, and had been posting about his newfound religion on social media.

'He always used to walk fast, not many friends, never used to say anything.

'I always used to see him roam around the streets alone. I would see him around my house. I'd see him maybe a couple of times [at the shops at Westpoint], just alone'.

One of his sisters would play hot potato in the front yard of one of Ms Elomari's relatives, but the shy boy refused to participate and would stand there with his arms crossed.

But she and family members said they never would have anticipated the violence and were stunned when Facebook began lighting up with reports of the identity of the accused knifeman.

Another neighbour, Jenny Threadgold, said he was believed to have mental health problems and reports have claimed he had absconded from a treatment facility in recent days.

Friends who went to school with Ney claim he had recently converted to Islam and was an 'odd person'. 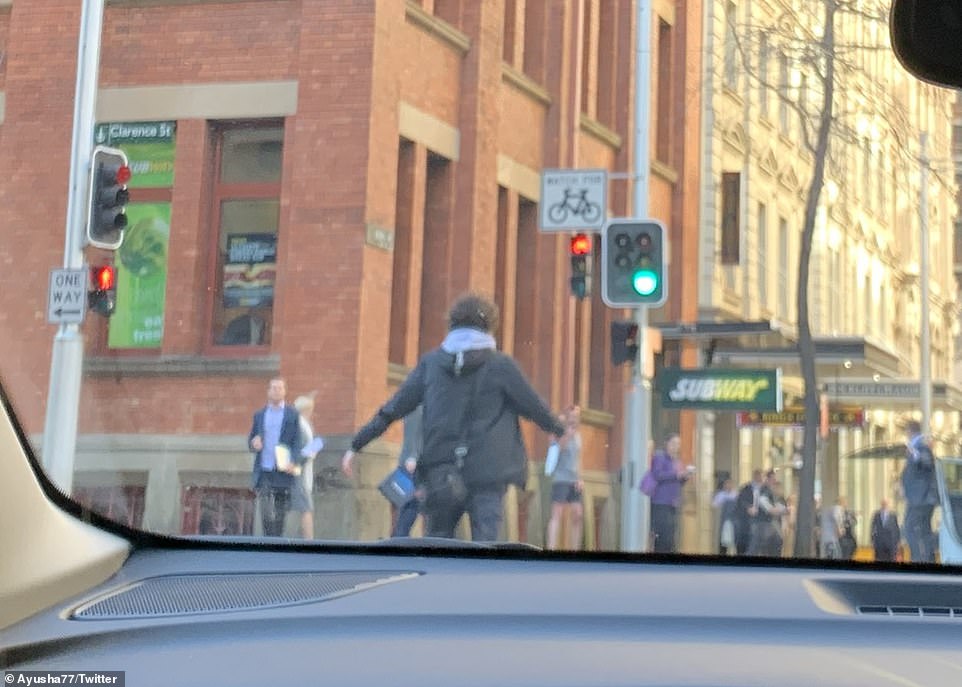 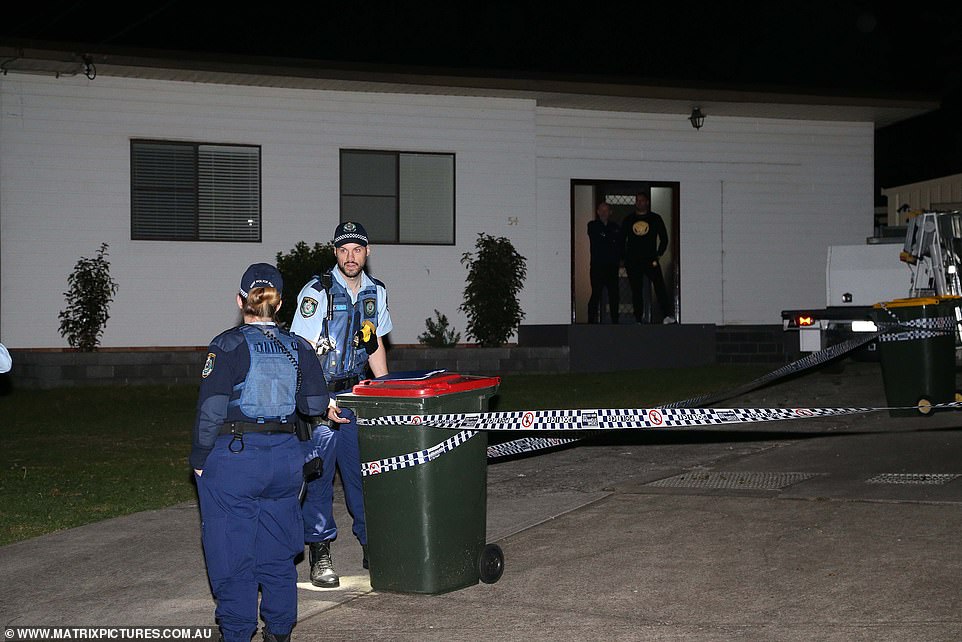 Ney, 21, grew up in a brick home (pictured) in Marayong, near Blacktown, the middle sibling of two siblings and the son of Turkish-Cypriot parents

A man who was in the same class as Ney in high school said he was shocked at reports he was behind the attacks.

'I always thought he was a bit weird and he was always posting [on Facebook] about converting [to Islam] and stuff like that,' the man, who wished to remain anonymous, said.

Ney's Facebook page has since been deleted, but another school friend claims to have spoken to him just last week, saying he planned to attend a music festival.

Police Commissioner Mick Fuller today revealed that he had been reported missing before Tuesday's dramatic rampage on Clarence Street.

It was later revealed he had been staying at a halfway house in Blacktown, in Western Sydney, on the night before the alleged attack.

Courtney Ridgeway, 19, and Nathan Tgiy, 16, told Nine News they met Ney on Monday night and described him as 'agitated' and 'scary'.

The pair said they were in the room next to his and heard him discussing terrorism.

Ney is currently under police guard at hospital but is expected to be charged with attempted murder and assault when he is deemed medically fit to speak with police.

Police said Ney was carrying a USB stick 'suggesting he had some ideologies related to terrorism' and referencing the Christchurch mosque attacks and mass shooting in the US.

He said investigators would be looking at his Facebook