Pete Buttigieg had a close encounter with a longtime Democratic voter at the Iowa State Fair on Tuesday, a woman who had a brush with a previous young star in the party.

The presidential contender shook hands with a woman who greeted him after he made his pitch to voters at the political soap box area in the heart of the fair grounds.

'I shook Robert Kennedy's hand in 1968,' she told the South Bend mayor.

'So you're good luck?' he inquired.

'Not really, he was shot a month later,' she replied. 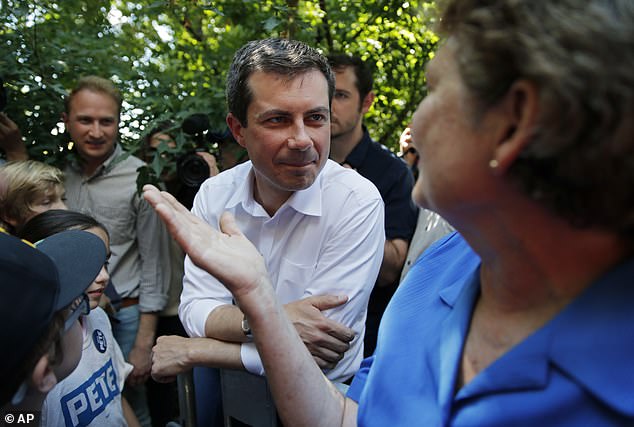 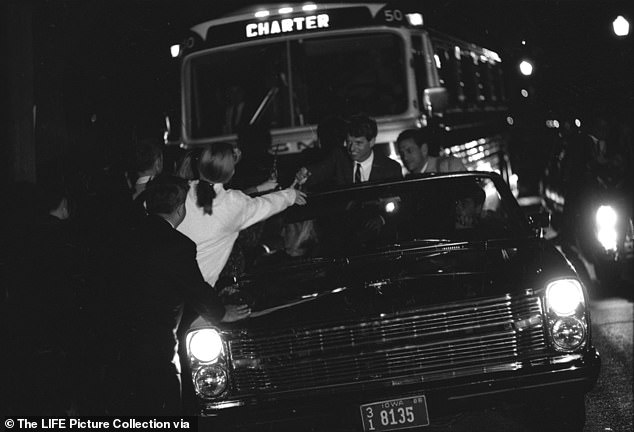 Robert Kennedy on the campaign trail in Iowa 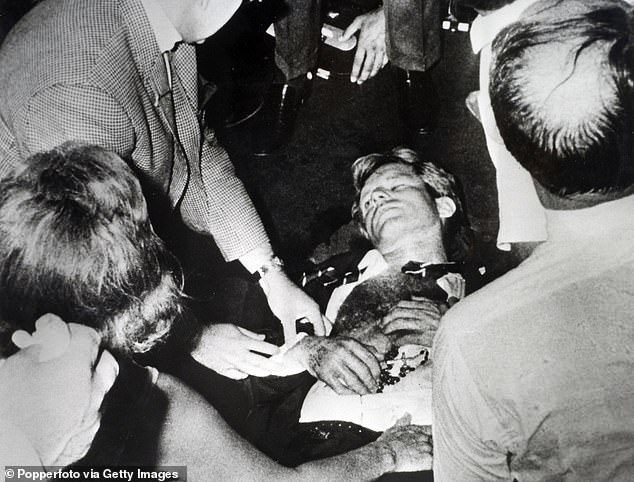 Robert F. Kennedy was shot on June 5, 1968, in Los Angeles, shortly after he won the Democratic primary

Buttigieg, 37, has seen his national profile skyrocket with his campaign to become the Democratic nominee.

He took his fight to Iowa on Tuesday and spent four hours at the state fair: grilling pork chops, eating fried food, riding the rides and making his pitch to voters.

He also made a serious commitment to trying several of the fair food options: he had a root beer float, a fried bacon ball BLT, a pork chop, a deep-fried oreo, a red-white-and-blue slushee he mixed himself and then took a gizmo (an Italian sausage on a roll with marinara sauce and melted cheese) to go.

'The fried oreo is giving the bacon ball a good run,' he said of his picks.

He made the obligatory stops a politician campaign at the fair must make - grilling pork chops at the Iowa Pork Producers tent with the Pork Queen at his side by the grill.

He munched on a pork chop after he was done.

He took a selfie with the butter cow.

And he signed a caricature of himself and the other 2020 Democratic presidential contenders at the state party booth.

He also rode the giant slide with

PREV 'Extremely serious incident': Train derails in Scotland mogaznewsen
NEXT James Murdoch steps down from the board of News Corp over 'disagreements over ...