A female pilot based out of Ohio has sued her former employer for firing her after she was told she was her legs were 'too short' to fly one of the company's planes.

Drerup alleges that three men in her training class who were deemed 'too tall' to fly the same plane, NetJets' Phantom, were reassigned to other aircraft while Drerup was 'treated like a criminal' and fired.

Drerup is being represented by famed women's rights advocate Gloria Allred, who held a " frameborder="0" allow="accelerometer; autoplay; encrypted-media; gyroscope; picture-in-picture" allowfullscreen with her client announcing the lawsuit on Tuesday, where she said the incident 'constitutes sex discrimination.'

A representative for NetJets Aviation told DailyMail.com the company does not comment on pending litigation. 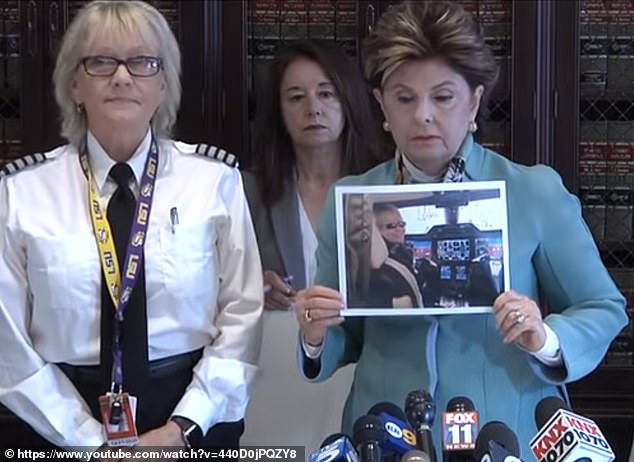 During the press conference on Tuesday while referring to male pilots who were reassigned from the Phantom, Allred asked: 'Why was a male pilot offered that opportunity and Shari denied it?'

Allred added: 'In my opinion, this constitutes sex discrimination, and is clearly a double standard for