(fashion) The enraged denunciations of Al Johnson’s suspension of Parliament are so daft that sensible people may make the mistake of thinking it doesn’t matter. Actually, it does matter.

It’s not the suppression of democracy or a military takeover. But it is an unfair use of power, and it has created a nasty precedent which somebody like Mr Corbyn may find useful in future.

Our beautiful, finely balanced constitution only works if those in charge handle it with care. When we were still governed by grown-ups, nobody would have acted like this.

But the grown-ups vanished years ago. And what keen supporters of Mr Johnson have yet to realise is that he is not what they think he is. He is a multi-culti radical revolutionary, at least as bad as the Blair creature. 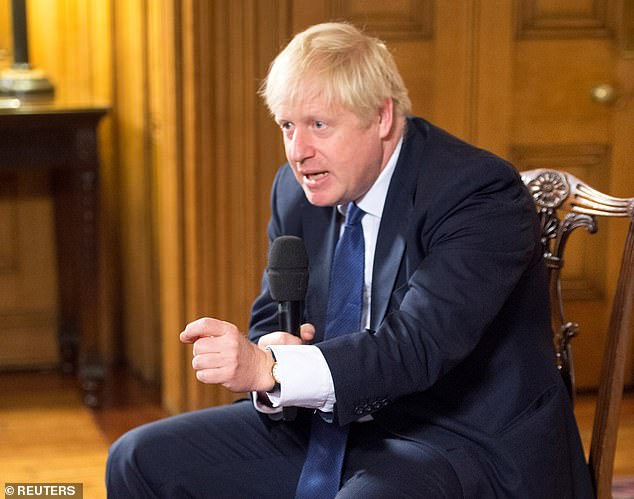 The enraged denunciations of Al Johnson’s suspension of Parliament are so daft that sensible people may make the mistake of thinking it doesn’t matter. Actually, it does matter

In fact, his takeover of Downing Street and Whitehall, with his ruthless, hard-to-love chief commissar Dominic Cummings at his side, is astonishingly like Blair’s 1997 putsch, with his gruff, grim enforcer Alastair Campbell at his side.

You may remember that the Blairite machine flooded Downing Street with a fake crowd of Labour Party employees (all of whom would have been happier with Red Flags) waving Union Jacks.

It was the signal. In the days and weeks afterwards, New Labour raped the constitution, strangled Civil Service neutrality, sidelined the monarchy and turned the Cabinet into a vacuous committee of servile nobodies. The British State has never recovered.

All this makes it much easier for Mr Johnson to act in the same sort of way. But what is Al Johnson’s aim? He is not, like Blair and his circle, an unrepentant 1960s Marxist.

I think his suspension of Parliament is tricky and cynical, and is an abuse of that power, but it is not the putsch that the liberal establishment claim. But why be surprised if he behaves like this? He is not, as I keep pointing out, who or what you think he is.

I don’t know if he was ever a conservative. I very much doubt it. Don’t be fooled by the patrician voice. Many of the worst revolutionaries have been aristocrats. But he certainly wasn’t a conservative by the time he became Mayor of London, a city whose electorate is miles to the Left of the rest of the country.

And it was there that he made the acquaintance of one of his other key aides, the head of his policy unit, Munira Mirza. She was then his ‘cultural adviser’, whatever that is. Ms Mirza has a fascinating political past. She is mixed up with a strange outfit, originally Living Marxism, then rebranded as LM. Nowadays they are gathered round the ‘libertarian’ website Spiked Online and various other bodies such as the Manifesto Club.

It may or may not help you to know that LM, before Ms Mirza got mixed up with it, began life as a body called the Revolutionary Communist Party.

The RCP’s most famous contribution to British political debate was back in 1993, just after the IRA had murdered 12-year-old Tim Parry and three-year-old Johnathan Ball in Warrington, and injured 56 others.

The RCP, at that time, defended ‘the right of the Irish people to take whatever measures necessary in their struggle for freedom’.

No doubt they don’t feel that way now, and Ms Mirza wasn’t one of them then. But shouldn’t it have put her off since?

I suspect they were just trying to sound boldly radical, as they still like to do, and merely succeeded in sounding disgusting.

And as a very former 1960s revolutionary myself, I know that people can change their minds.