(fashion) Actor Eric McCormack is under fire from Conservatives who've compared him to Sen. Joseph McCarthy after he called for the naming of those attending a Trump fundraiser in Beverly Hills, so they can be boycotted.

The Hollywood Reporter said Friday that tickets for President Trump's September 17 fundraiser in Beverly Hills were selling for up to $100,000 a pop, prompting McCormack, who stars in Will & Grace, to ask that the trade magazine share the names of attendees.

'Hey, @THR, kindly report on everyone attending this event, so the rest of us can be clear about who we don’t wanna work with. Thx,' McCormack tweeted Friday, while sharing the magazine's story. 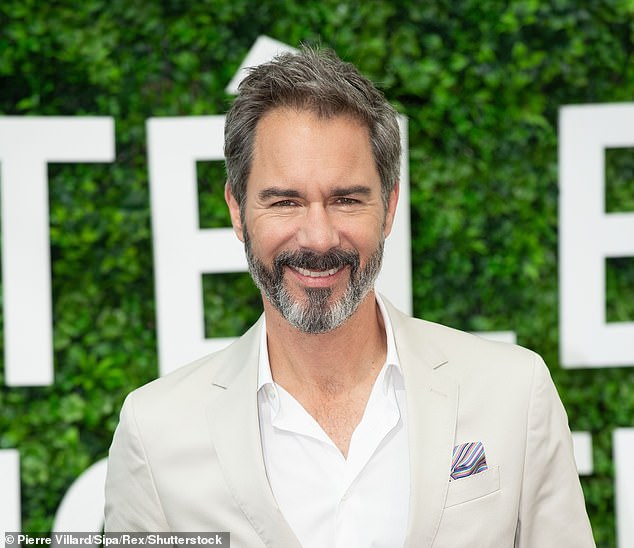 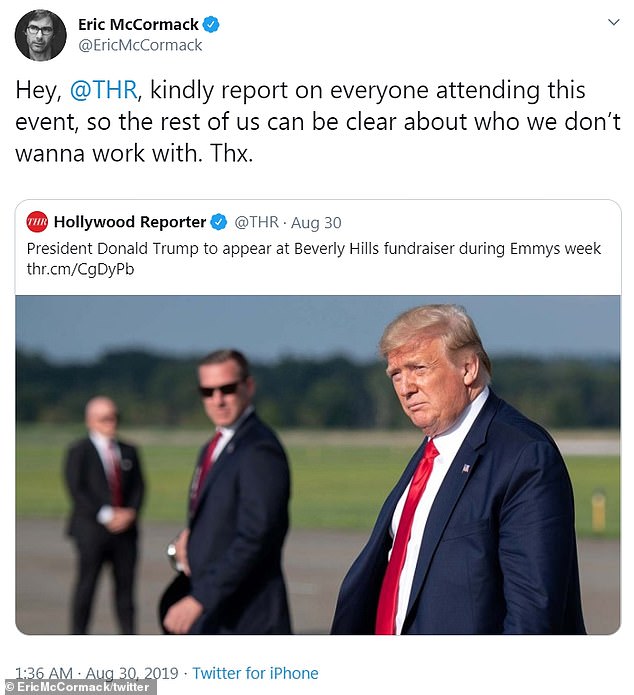 Conservatives and fellow actors were quick to pounce on McCormack's tweet, which they said was an attempt at 'blacklisting' people, the same way that McCarthy did with suspected Communists seeking entertainment jobs during the Cold War.

Former Bold and the Beautiful actress Maeve Quinlan fumed: 'How wonderfully fascist of you @EricMcCormack! Yes, how dare anyone in a FREE COUNTRY actually be FREE to support someone that you don’t or have an opinion that differs from yours. Anyone that doesn’t get in line with your opinion should absolutely be blacklisted from work.'

'Hey @EricMcCormack go ahead make my day! BLACKLIST "us" Trump donors so that we can all be clear who the Canadian actor is who came to America to steal jobs from Americans,' tweeted Randy Quaid, who won a Golden Globe for playing democrat Lyndon B. Johnson in the TV movie, LBJ: The Early Years in 1987.

McCormack was born in Canada and holds dual US-Canadian citizenship. 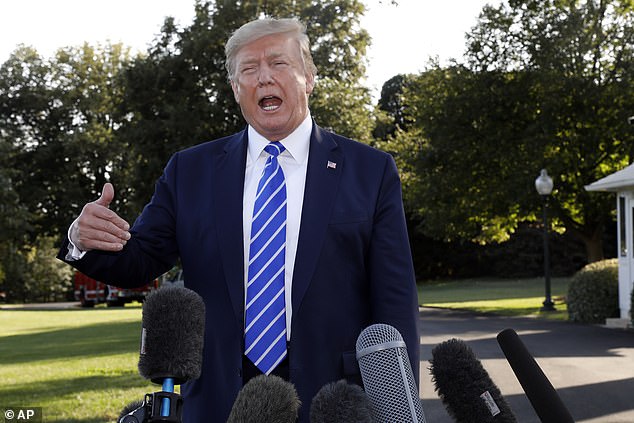 Tickets for Trump's fundraiser cost up to $100,000 and can include photo opportunities 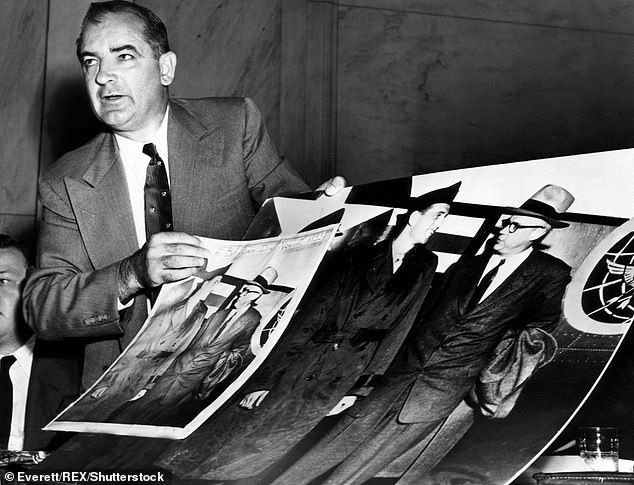 Sen. Joseph McCarthy is shown here in 1954. He called for the blacklisting of suspected Hollywood Communists,