(fashion) Her daring outfits thrust BBC sports presenter Helen Skelton into the headlines during the Rio Olympics, winning her legions of fans.

But in an exclusive interview with The Mail on Sunday's Event magazine today, she hints that her thigh-skimming attire might have cost her the chance to host future coverage, after she was axed from the BBC team at last year's Commonwealth Games.

Recalling the stir her choices caused in 2016, the 36-year-old says: 'I just find it so hilarious that after all this time, everyone's still talking about it. 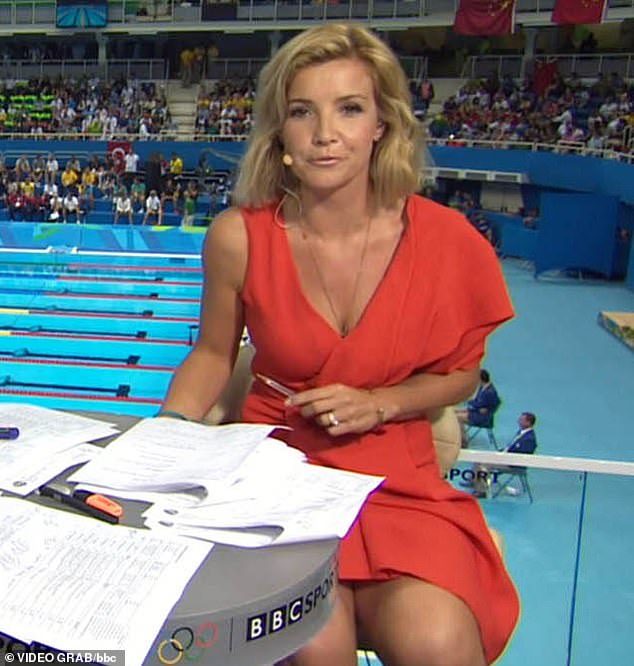 Making a splash! Helen Skelton hints that her thigh-skimming attire at the Rio Olympics might have cost her the chance to host future coverage 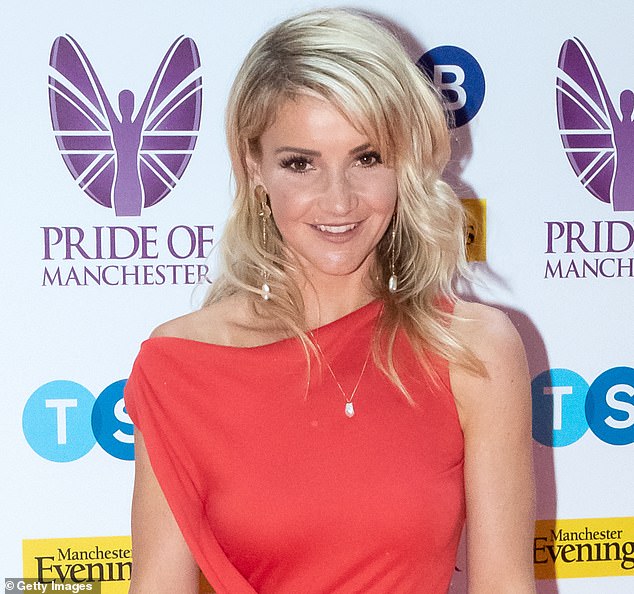 'Now the story's evolved into something else. Like if I don't get a gig on sport it's because of the shorts.

'I did Rio and then I did the Budapest World Swimming Championships in 2017 and I haven't done anything else since. So…'

Asked if there is a link, she replies: 'I don't know. Wouldn't that be amazing? They just said to me they've got a responsibility to bring on new talent.'

But she was philosophical over the decision saying: 'If I wanted to work in a fair industry I should have worked at the council.

'I work in an industry where – as much as we say we don't – you get judged on your hair colour, your accent, your background, your skin colour.

Walking on a high-wire between Battersea Power Station’s chimneys, kayaking down the Amazon... ex-Blue Peter star Helen Skelton loves hair-raising challenges. But can her new book inspire children to be daredevils too?

She’s canoed up the Amazon, flown with the Red Arrows, walked a high wire across the London skyline and even ridden a bicycle to the South Pole, but there’s one adventure even Helen Skelton wasn’t ready for: giving birth at home in France with a couple of firemen gazing on.

‘My husband was away playing rugby league when I went into labour. I was on all fours in the kitchen, naked,’ she says. ‘My eldest, Ernie, thought I was playing dinosaurs, because he was only two, so he was hitting me on the head with a plastic sword.’

The former Blue Peter presenter, 36, is a daredevil who has been in a lot of tight spots, so as the baby started to come she kept her cool and phoned a friend, Jill, who hurried round after calling the emergency services. 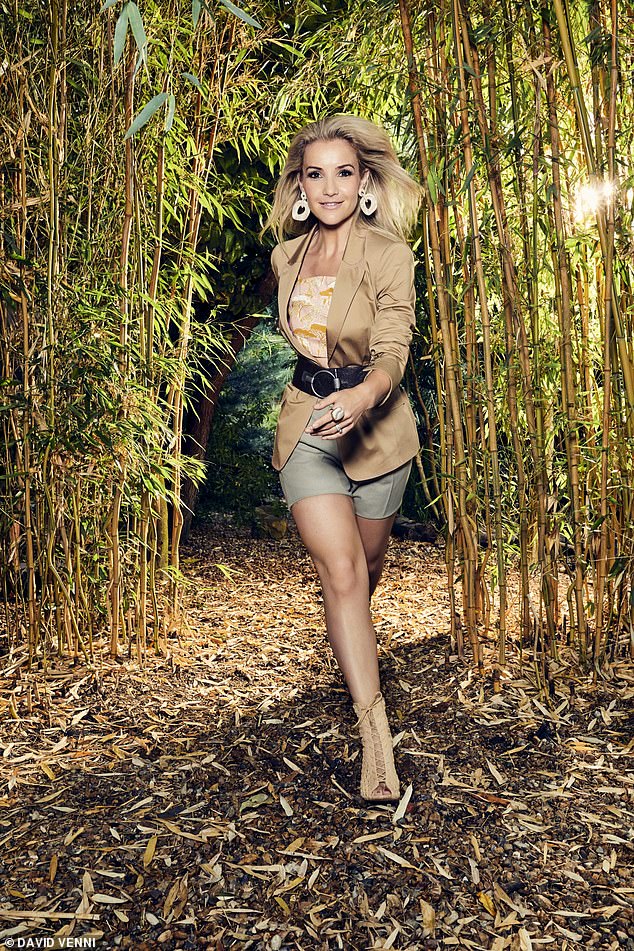 She’s canoed up the Amazon, flown with the Red Arrows, walked a high wire across the London skyline and even ridden a bicycle to the South Pole, but there’s one adventure even Helen Skelton wasn’t ready for: giving birth at home in France with a couple of firemen gazing on

‘They do things differently in France. The nearest emergency services were the fire brigade. So these two firemen called Vince and Romaine turned up, never having delivered a baby, beside themselves with excitement.’

Skelton laughs heartily as she tells the story, in the lively Yorkshire accent familiar to viewers of Blue Peter, Countryfile or any of the many television shows she has presented.

‘As anyone who’s been through the childbirth thing will know, you don’t really need two young excitable, gorgeous French firemen in between your knees saying how amazing this is. So I’m like: “Guys, I know we’re all bonding right now but I need you to get up here by my head!’’’

Skelton is now back in England after her husband, Richie Myler, 29, left his French team and signed for Leeds Rhinos

Her friend was more useful. ‘Jill arrived just in time to catch Louis, she cut the cord and everything.’

What about the firemen? ‘They got me lifted into the fire truck and taken to hospital. Now there’s a big picture of my Louis on the wall of a fire station in the South of France.’

That was April 2017. Skelton is now back in England after her husband, Richie Myler, 29, left his French team and signed for Leeds Rhinos. They live on the edge of Leeds with Ernie, four, and Louis, who is now two. ‘My boys are like wild animals, always naked, always scrambling about. I’m always swimming with them in the river.’

Skelton is trying to give the boys the same sense of adventure she had as a child. ‘I had a Famous Five childhood on a dairy farm in the middle of Cumbria. All you could see was fields and fells. We had the run of the farm. My mum said: “Oh I’ll never forget the day I caught you up on that barn roof. You must have been about 11.” Don’t tell her but I did that for months before she caught me!’

Does she let her boys take the same kind of risks? ‘My husband and I clash on this because they go up a tree like rats up a drainpipe and he shouts: “Get down!” They’re never going to get down. Why should they get down? He gets stressed – and this is a bloke who runs headfirst into other blokes for a living!’

Now the 36-year-old has written a book to encourage her boys and other children to live adventurously. ‘They have started to ask me about stuff I’ve done, so I just wanted to get it down for them.’

Wild Girl: How To Have Incredible Outdoor Adventures contains fascinating, hilariously honest descriptions of her trips through the extreme heat of the desert, up mountains, on the water and in the countryside, with kit lists and survival tips. But the book also has young readers in mind, encouraging kids to have achievable adventures of their own, from zip wires and circus skills to just going outside for a snowball fight.

Skelton did a journalism degree and worked on Newsround before joining Blue Peter in 2008. For the next five years she was the