(fashion) Mozambique murder breakthrough: Father of Australian woman, 20, killed on African trip of a lifetime says four suspects have been named Paul Warren traveled to Mozambique to find information on his daughter's death He said that police authorities have named two local and two foreign suspects Elly Rose Warren was found dead in a toilet block at Tofo Beach in Mozambique The new details have given the Warren family hope that justice may be served

The father of a young Australian woman killed in Africa claims that local police have named four potential suspects in relation to her death.

Mr Warren said local police had named four wanted suspects in relation to his daughter's unsolved daughter after visiting the country to investigate her death.

The retired engineer told the Sun-Herald that 'two locals and two foreigners' were wanted for questioning, claiming Interpol was also involved in the murder case.

Herald Sun was unable to verify those claims with Interpol and AFP. 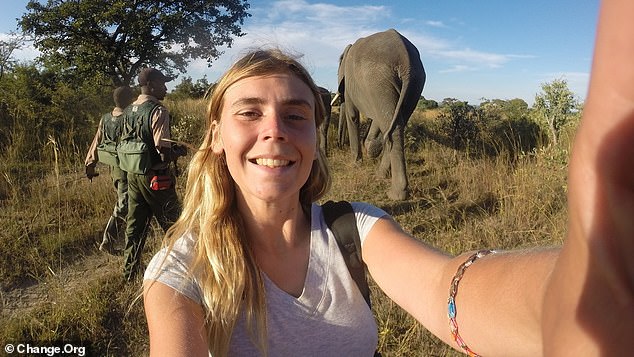