(fashion) Sajid Javid today vowed Britain will be 'great' after Brexit as he insisted the country would 'bolster alliances' and build new trading relationships.

Heralding this week's spending review, the Chancellor insisted there was no reason for people to be 'ashamed' and the UK had 'fantastic assets'.

The upbeat message came as Westminster braces for a titanic battle in Parliament as Remainers try to thwart Boris Johnson's Brexit plans.

Mr Javid's big set-piece on Wednesday could even be axed if MPs manage to seize control of Commons business as they try to pass legislation ruling out No Deal.

But Mr Javid has signalled defiance, making clear the package for 2020-21 will be the most generous for years as the government tries to turbo-charge the economy. 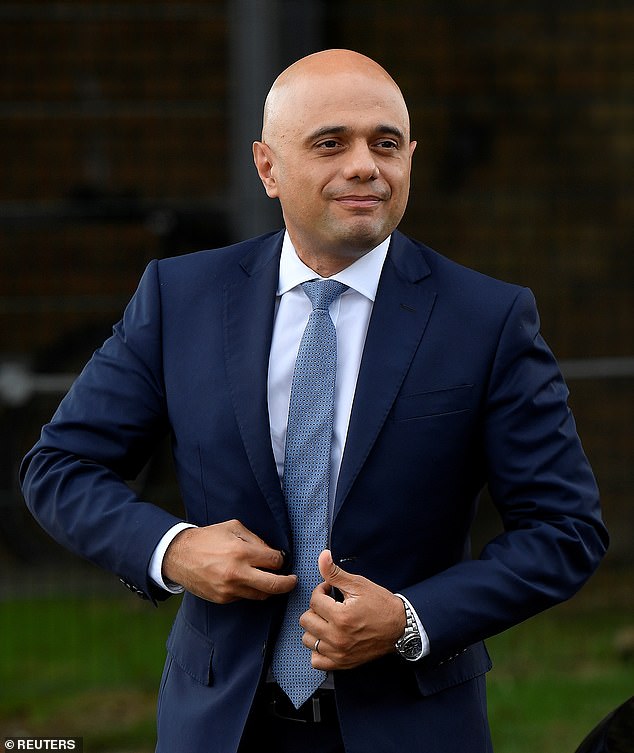 Heralding this week's spending review, Chancellor Sajid Javid (pictured in Bristol last week) insisted there was no reason for people to be 'ashamed' and the UK had 'fantastic assets'

It will include boosts for health, social care and education - as well as millions of pounds on enhancing diplomatic ties and the UK's global profile.

Mr Javid told the Sunday Express: 'Across our history, Britain has thrived as an open, free-trading nation.

'As we leave the EU, we are deeply committed to playing a leading role on the global stage.

'That means bolstering alliances, celebrating our culture, building new trading relationships and making sure we can act when needed to keep our people safe.

'We shouldn't be ashamed of being proud of our place in the world.

'We are and will remain a great nation with fantastic assets.'

The PM took the fight to Tory Brexit rebels today ahead of the Commons clash.

As Downing Street ratcheted-up the rhetoric, ministers branded a cross-party alliance of MPs seeking to prevent a no-deal Brexit as 'deceitful and underhand'.

Tory heavyweights like ex-chancellor Philip Hammond reacted angrily to claims Conservative MPs voting against a no-deal option when parliament returns this week could be barred from standing in a snap general election.

In his first newspaper interview since becoming Prime Minister in July, Mr Johnson told the Sunday