(fashion) Thousands have flocked to more than a dozen rallies in support of a Tamil asylum seeker family's desperate fight to stay in Australia.

Protests were held across the nation on Sunday calling on federal government to let Priya, her husband Nadesalingam and their Australian-born children Kopika, 4, and Tharunicaa, 2, remain here.

The family are currently being held on Christmas Island after being granted an 11th-hour injunction against their deportation earlier in the week.

At one of the biggest rallies outside Brisbane City Hall, supporters armed with signs penned heartfelt messages on brightly coloured Post-it notes, which were then stuck on a wall. 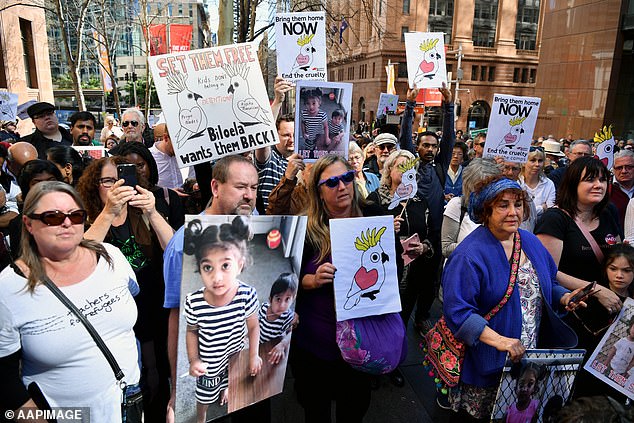 'I'm ashamed to be Australian,' one message read.

Another read: 'Not a proud day for Australia.'

It was one of 15 rallies held in Australia's capital cities and in the small Queensland town of Biloela where the family lived for four years.

In Biloela, locals united as one to stand together as they held and comforting each other, hoping for a last minute miracle the family can stay there.

Home Affairs Minister Peter Dutton has been accused of taking pleasure in others' suffering in his attempts to deport a Tamil asylum seeker family.

'This is senseless cruelty, this is cruelty for the sake of being cruel,' federal Greens leader Richard Di Natale told reporters at a rally in Melbourne.

'This is a minister in Peter Dutton taking pleasure in the suffering of others, that's what going on here. It's barbaric, it's cruel and it needs to end.' 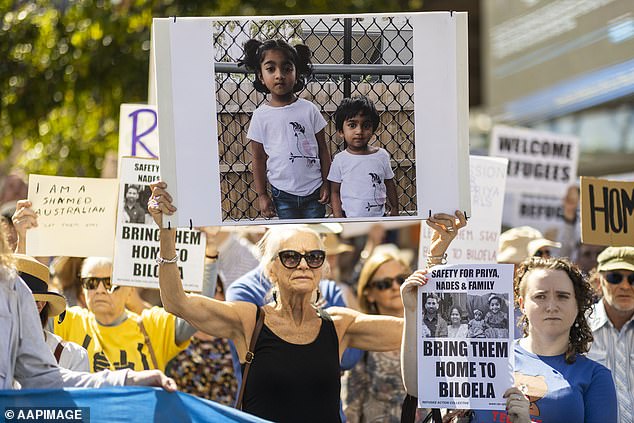 In Brisbane, protesters held photos of Australian-born Kopika, 4, and Tharunicaa, 2, who along with their parents, are in danger of being deported from Australia 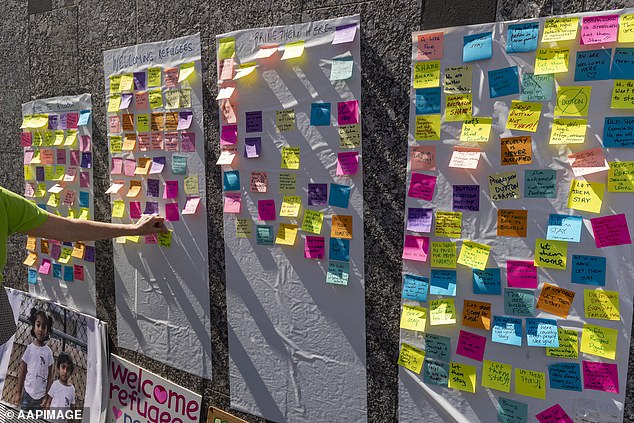 Mr Dutton has refused to budge in the facing of mounting community pressure.

'I would like the family to accept that they are not refugees, they're not owed protection by our country,' he said on Friday.

It came as Federal Court Judge Mordy Bomberg extended an interim injunction against the deportation until Wednesday, after lawyers for the family argued Tharunicaa had not been assessed for a protection visa.

The government tried to fly the family out of the country on Thursday night before being forced to land in Darwin following the last-minute injunction.

But Priya, Nadesalingam, Kopika and Tharunicaa were flown to Christmas Island on Friday night, and are believed to be the only people in the detention centre. 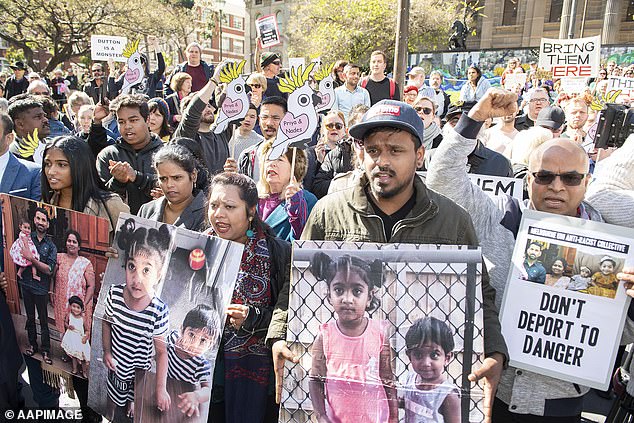 Outside the State Library of Victoria, Melburnians begged the federal government to allow Priya, her husband Nadesalingam and their Australian-born children to remain in the country 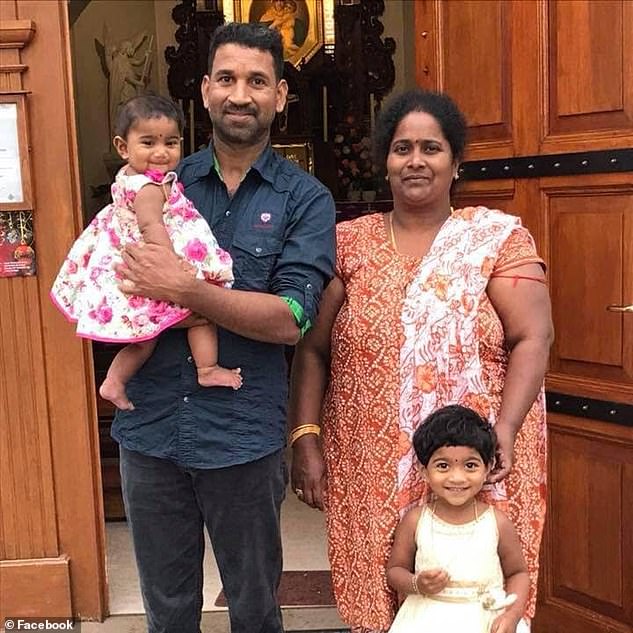 'All I could hear in her voice ... was the stress, the exhaustion and the fear.

'I asked her if she had a message and she said 'we're all alone here',' Ms Holt said.

Hundreds of people on the steps of the State Library of