(fashion) A mother-of-eight who fabricated disabilities to defraud authorities of more than £60,000 in benefit payments while she was working has been branded 'devious and wicked' by a judge.

Andrea Blackburn, 40, was told she was 'within a whisper of going to prison' but was instead handed a suspended sentence for making several false benefit claims over a four-year period.

Teesside Crown Court heard the woman made a legitimate disability claim in 2008 but went on to 'manipulate' authorities into giving her £62,640 worth of benefit payments after she 'got a taste of it'. 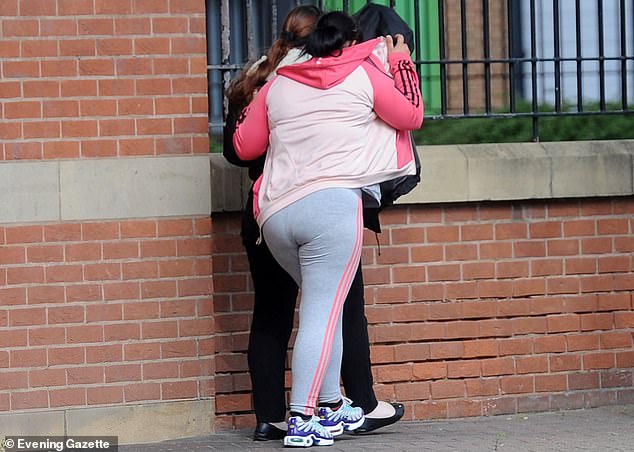 Andrea Blackburn, (in black covered by coat) 40, from Thornaby, Stockton-on-Tees, was given a suspended prison sentence for benefit fraud. She pretended she was unable to walk or talk, dress herself or even eat and drink to claim the money

To qualify for the huge sum, Blackburn pretended she was unable to walk or talk, dress herself, eat or drink, suffered from uncontrollable shakes and claimed she couldn't leave her house or be left alone.

But it was revealed authorities failed to verify her claims and instead of being house bound Blackburn was juggling up to three different jobs and working up to 40 hours a week.

Handing her a 10 month suspended sentence, Judge Taryn Turner branded Blackburn a 'devious and wicked' woman who 'manipulated the system' at the expense of others entitled to state support. 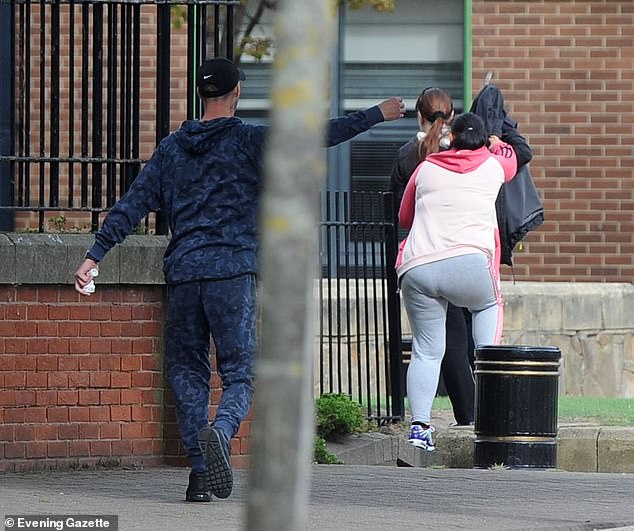 She said: 'It is grossly fraudulent, it is particularly wicked what you have done.

'You are quite capable of manipulating the system. You have dishonestly deprived others who are rightly entitled to the benefits she has enjoyed.

'You have been wicked and devious for a long period of time. There are aspects of your personality that cause me great concern, you are incapable of being straight with anyone she talks to.

'There are people in this country who genuinely suffer from disabilities and illnesses and will need the support the Department for Work and Pensions and local councils offer.

'You were an industrious woman capable of working and providing for her family.

PREV Canberra Airport will shut down on Saturdays because there aren't enough ...
NEXT James Murdoch steps down from the board of News Corp over 'disagreements over ...