(fashion) Cell phone scandal: Prison inmates post brazen photos of parties and feasts behind bars... despite a £100m crackdown on the 'scourge' of mobiles Inmates include a drug baron serving 12 years for running a cocaine ring  He uses a phone at HMP Highpoint South to host hour-long Facebook videos  Some obtain phones within weeks of being jailed, our investigation found  It comes after Boris Johnson announced a £100 million crackdown

By Tom Kelly Investigations Editor For The Daily Mail 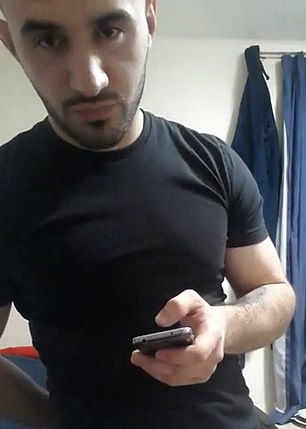 Shameless: Ariolt Kuka with his phone in his cell in HMP Highpoint South in Suffolk

Crime lords are making a mockery of the Government's £100 million crackdown on phones in jail – by brazenly broadcasting parties taking place in their cells.

Others are openly contacting associates on the outside, despite assurances from ministers that new curbs on handsets are working.

A Daily Mail investigation identified at least seven inmates using mobiles and updating social media in the past month.

They include a drug baron serving 12 years for running a multi-million pound cocaine and cannabis ring.

He uses an illicit phone at HMP Highpoint South in Suffolk to host hour-long Facebook live videos watched by up to 70,000 people.

In one entitled 'cell on fire' broadcast last week, he filmed himself and fellow inmates – who all clutch their own phones – rapping, dancing and laughing, and boasted to his followers: 'Every Saturday we have a party like this.'

One crook serving nine years for his part in a notorious drugs gang admitted to an undercover reporter who made contact on social media that it cost £1,500 to get a phone in jail and that associates on the outside kept the credit topped up.

Another gangster in the Category C jail has used his phone to contact another suspected criminal through social media. 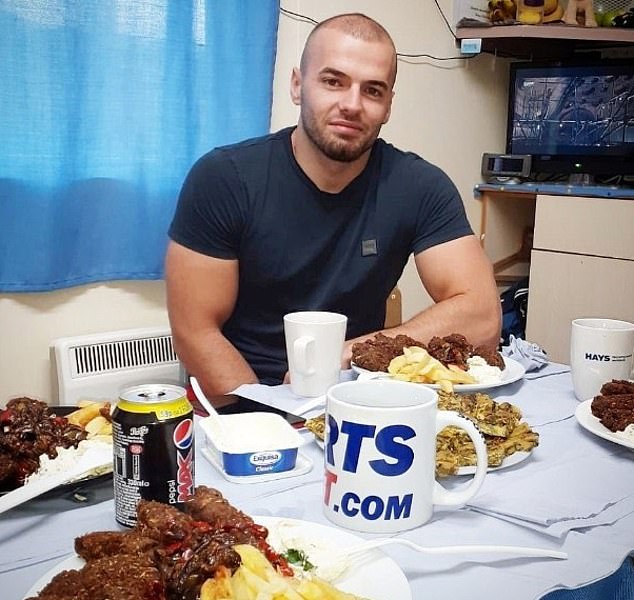 Slap-up meal: Resul Rahova with plates of junk food in a picture posted on Facebook with the caption: 'Happy Eid to all of you'

And a dangerous gang boss jailed for six years for driving his car at police while fleeing a £1 million drugs bust posted pictures of himself enjoying a slap-up meal to celebrate the Muslim festival of Eid.

Some obtain phones within weeks of being jailed, our investigation found.

It comes after Boris Johnson announced a £100 million crackdown intended to detect and block the 'scourge' of mobile phones and drugs that fuel crime and disorder in jails.

Prisons minister Lucy Frazer MP said last week that the problem of mobiles had 'improved' because of the tougher stance being taken.

But the Mail has seen dozens of pictures and videos posted by notorious criminals using illicit phones in jail, many posted since the Government

PREV Trump orders ByteDance to divest interest in US TikTok operations within 90 days mogaznewsen
NEXT James Murdoch steps down from the board of News Corp over 'disagreements over ...