(fashion) Burning Man statue goes up in flames in beautiful desert pyrotechnic display just two days after a New Zealand man was found dead in his van from carbon monoxide poisoning The Burning Man statue burn took place Saturday night in the Nevada desert  The statue stood more than 60 feet tall and was composed of wood and metal  A metal cocoon was wrapped around the Man, playing into the 'metamorphoses' them of this year's festival The statue's base featured woodwork relating to a butterfly's life cycle The Man burn came just two days after a man was found dead at the festival  Shane Billingham, 33, was found dead in his van at camp on August 29 Authorities said preliminary autopsy findings indicated he died of carbon monoxide poisoning that was exacerbated by the drugs in his system

The fabled Burning Man statue went up in flames Saturday night as the multi-day culture and arts festival in the Nevada desert wrapped up.

This year's metal and wood statue and base stood about 60 feet and seven inches tall, with the man alone coming in at about 40 feet tall, the Reno Gazette Journal reported.

The statue was designed by Yelena Filipchuk and Serge Beaulieu of arts group Hybycozo, who were selected during a public artists' call. In previous years, the Man's design was generated internally. 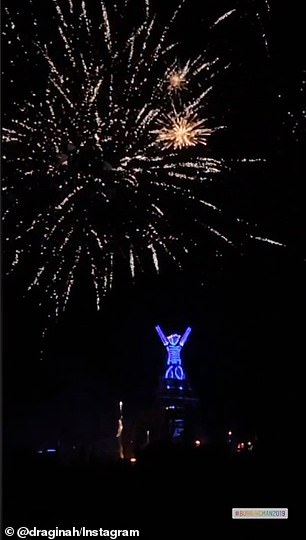 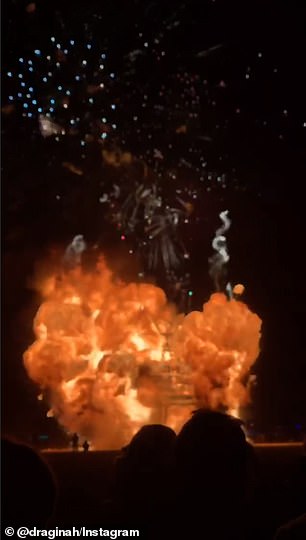 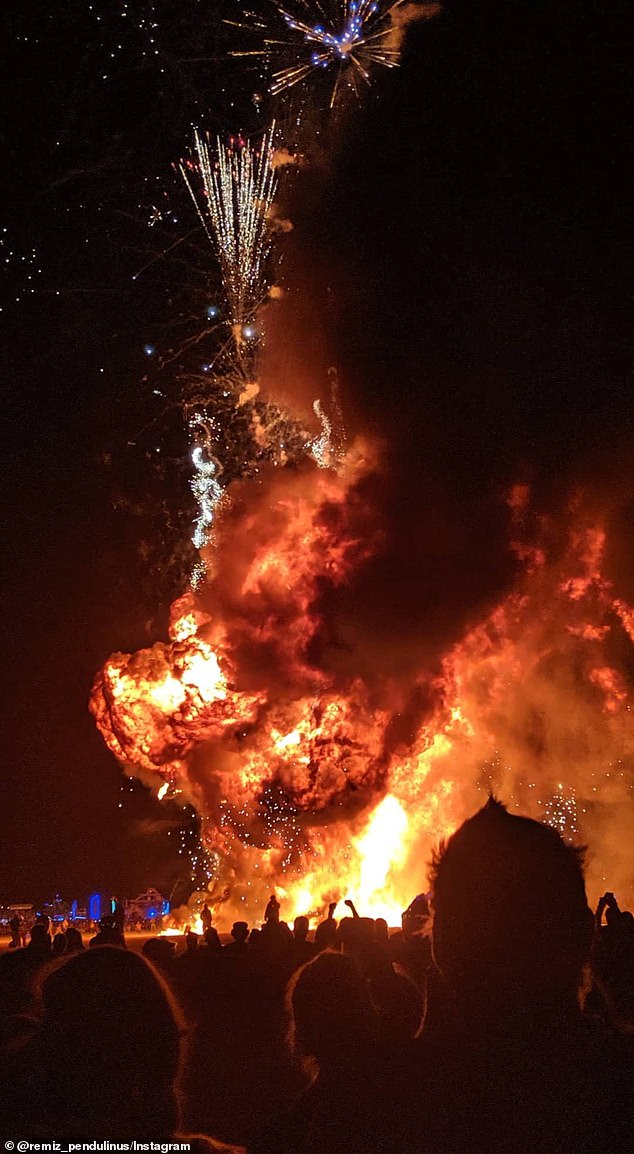 As the more than 60 foot Man structure burned, it was accompanied by a pyrotechnics display

As this year's Burning Man theme was 'metamorphoses,' a metal cocoon was fittingly wrapped around the Man, while its based was composed of woodwork and story boxes related to a butterfly's life cycle.

The Burning Man statue burn, one of the festival highlights, was preceded by multiple smaller burns earlier in the week,